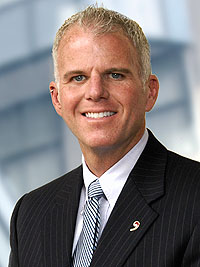 Good religion can be such a nuisance sometimes, especially for self-righteous lawmakers who prefer to throw around sentimental, misinformed caricatures of Christian scripture, while ignoring the thrust of its actual contents.

Few phrases in the Bible appear as consistently from beginning to end, in nearly all of its books, as references to "strangers, widows and orphans" and, specifically, how a righteous society should care for them. The phrase is used so often, so repeatedly, that it is considered biblical code language for the "most vulnerable," the catchphrase we might employ today.

Biblical concern for "strangers, widows and orphans" — or some version thereof — is literally the moral thread that keeps noble faith and a virtuous society knitted together.

Deuteronomy is blunt about it: "The alien, the orphan and the widow who are in your town, shall come and eat and be satisfied, in order that the Lord your God may bless you." The prophet Isaiah is straightforward, too: "Learn to do good; seek justice, reprove the ruthless. Defend the orphan, plead for the widow." The Psalmist passionately sings the same sentiment: "The Lord protects the strangers; God supports the orphan and the widow, but thwarts the way of the wicked."

The  New Testament is just as clear, as the letter of James attests: "Pure and genuine religion in the sight of God means caring for orphans and widows in their distress and refusing to let the world corrupt you."

Such urgent concern for the downtrodden is the stuff of bleeding-heart Bible believers, who take seriously centuries of moral teaching that warns that a nation's greatness is not measured by how it props up the obscenely wealthy or beats up on cultural outsiders, but by how it safeguards those who can't even begin to reach the bottom rung of the societal ladder.

Given the Trump Administration's federal budget plan to drastically slash funding for the nation's economic safety net, while offering huge tax cuts for the rich, increased funding to forcibly divide and deport immigrant families, and support a massive build-up of the U.S. military by more than $52 billion, the losers in this proposed scenario are the most beloved people of our sacred texts: "strangers, widows and orphans."

Our U.S. President, who claims Presbyterian faith, should spend fewer weekends golfing and more Sundays listening to knowledgeable Presbyterian pastors, who know quite well the kind of people that the Bible vehemently upholds and defends.

Given the still uncertain future of the Affordable Care Act, including at-risk funding for Medicaid and Medicare; a substantial decrease in support for affordable housing; and proposals to eliminate funding for Meals on Wheels for seniors and public educational television — that is, Sesame Street — for children, it behooves us to take up our Bibles and read.

Trump's budget calls for a whopping $6 billion in cuts for Housing and Urban Development; $15.1 billion in reductions for Health and Human Services; $5.8 billion less for the National Institutes of Health; $2.6 billion slashed from job training programs; and so much more. The Environmental Protection Agency and International Aid are being reduced to shells of their former selves.

The worry is palpable, because the cuts are draconian and hereto unfathomed.

United Church of Christ-related Retirement Housing Foundation (RHF), one of the nation's largest affordable housing providers, knows full well the anxiety that too many people are feeling. It currently has 23,000 applications on hand for its 185 residential affordable communities.

When RHF opened a 60-unit apartment earlier this year in a low-income community in Los Angeles, 1,600 families made applications. The need is real.

Luckily, good religion is more than a nuisance; it can serve as good people's clarion call for action and advocacy.

"Reprove the ruthless," says Isaiah, "when you defend the orphan and plead for the widow."

Yes, the time for reproof has come.

J. Bennett Guess is Vice President of the Council for Health and Human Service Ministries.