Commentary: Help us demand an equitable reconstruction of Puerto Rico 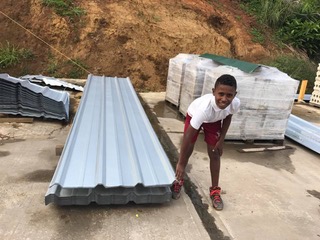 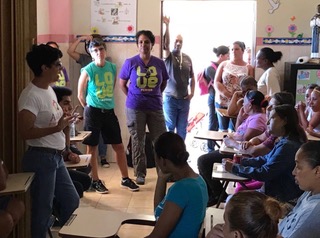 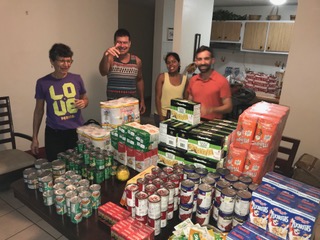 The old Puerto Rican adage, “Ojos que no ven, corazón que no siente” ‘Eyes that do not see, heart that does not feel,’ captures the sentiment between the United States mainland and the colony of Puerto Rico, six months after Maria. In the mainland, we are living life unaffected by the struggles of the American citizens in Puerto Rico.

We are unaware of the daily dependence on canned foods, because of lack of refrigeration. We are unaware of the daily struggles of having to purchase bottled water, if one can afford it, because water remains contaminated and service is inconsistent. We are unaware of the affliction of a mental health crisis, as the suicide rate continues to rise. This is the reality of my own family who resides in Humacao, Puerto Rico, whom are still without power. Six months later, regrettably, we are still reporting only 64 lives being lost as a result of the storm, while more than 1,000 lives actually perished, implicitly declaring what most Puerto Ricans already feel—our lives do not matter!

Fort Washington Collegiate Church and Middle Collegiate Church, in Manhattan, have partnered on the ground in Puerto Rico, with Proyecto Matria, an organization with the mission of economic development and equality for women and LGBTQI. Our churches have adopted the community of Barrio Miraflores in Orocovis, a unique community not only because of its remote location in the center of the island, but because it is home to arguably the largest hearing impaired population in Puerto Rico per capita. Due to its remote location those residents have developed their own sign language.

On our first trip, we brought with us solar lights, chargers, food, water filters. We also took time to listen. To listen to our partners and to listen to the community. We are now working to support Proyecto Matria in establishing a “Casa Solidaria,” a House of Solidarity. An economic development initiative, based on a linked economy model. We solar powered a room in the local Catholic Church, enabling the community to gather and receive services from Proyecto Matria, while Casa Solidaria is established. We are currently working with two schools, Ana Dalila and Angel R. “Papo” Diaz. In the “Papo” Diaz school, we have provided the materials to restore a play area for their almost 200 students. Further, we are currently working to secure temporary solar panels for both schools, along with other projects to be addressed in the summer of 2018.

All of our work seems insignificant, as we assess the needs in the Barrio of Miraflores and beyond. So we are committing ourselves to affirm the inherent value of the Puerto Rican people, as children of God and citizens of the United States—not only as partners in the recovery of the island, but also to continue to raise our voices, against the systems that perpetuate injustice and equality. Would you join us to demand a reconstruction of Puerto Rico that is sustainable, transparent and equitable? Reach out to your elected officials to demand accountability and transparency, ensure that Puerto Rico’s grid is rebuilt with renewable resources such as solar, wind and ocean wave energy; invest in the reconstruction of the U.S territory; and cancel Puerto Rico’s debt.

In the interim, we will continue to pray with our feet.

The Rev. Damaris Whittaker is the Senior Minister of the Fort Washington Collegiate Church in Manhattan.

UCC Disaster Ministries will be opening up volunteer opportunities in Puerto Rico this summer. Get your groups together.