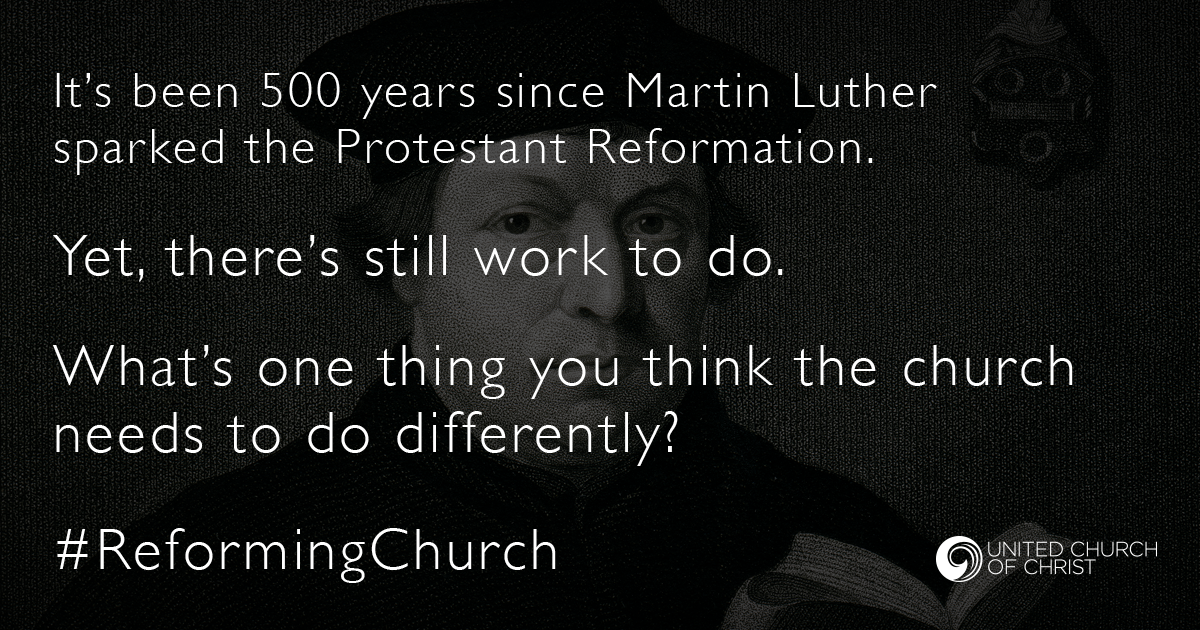 This year marks the 500th Anniversary of the Reformation.

On October 31,1517 Martin Luther wrote a letter to his superiors in which he denounced the sale of indulgences and asked for repayment and removal of the misunderstandings. With the letter he included 95 Theses. These 95 radical questions expressed Martin Luther's growing concerns with the corruption within the Church, and called for a complete reform of the Catholic Church.

Martin Luther actually nailed his 95 Theses to the door of All Saints' Church, more commonly known as Schlosskirche in Wittenberg. It was this revolutionary act that began what later became known as the Protestant Reformation. The Catholic Church found Martin Luther’s act to be so radical and non-conforming that he was eventually excommunicated.

The excommunication of Martin Luther from the Catholic Church ushered in what became known as the Protestant Reformation.

In Martin Luther's time his rejection of religious dogma was seen by some as confrontational and by others as courageous. Which one of these words most aptly describes that time may still be debatable, but what cannot be argued is the fact there was precedence for such a bold act because Jesus himself had come to challenge the religious dogma of his day and one result of his challenge was the formation of the early church.

Churches are not buildings or institutions. The Church is a living organism that is both affected and infected by human proclivities. We, as the ekklesia, are influenced by culture and context. We often institute codes of conduct and ways of being crafted to facilitate our living in community together, but sometimes those ways of being become barriers in the community we seek to create. The United Church of Christ identifies itself with this tradition and also recognizes that the church is yet reforming.

We, like all communities that become institutionalized, may not always adapt to our changing context. Perhaps there are ways of being, ways of serving, ways of discipleship that need reforming. Living organisms grow and living organisms change in order to thrive in a changing world. The message of the church remains the gospel, but perhaps some of our delivery systems need an upgrade. In our case, yes we must be willing to reform the institution yet we must also be willing to consider that reformation is also a call to reform ourselves. We are the church. We are that living organism.

In honor of the Reformation, we invite you to help us develop our own version of the 95 Theses by sharing your thoughts of one way the church needs to change, move, act, or be to continue reforming today. On October 31st, we hope to offer a complete list of your contributed thoughts and ideas online to spur dialogue and engagement in the church and the Church House. Today is always a good day for Reformation.

The Rev. Traci Blackmon is a UCC national officer, Justice and Witness Ministries Executive, and Senior Pastor of Christ The King UCC in Florissant, Mo.