Commentary: Glimpsing a Future without Barriers 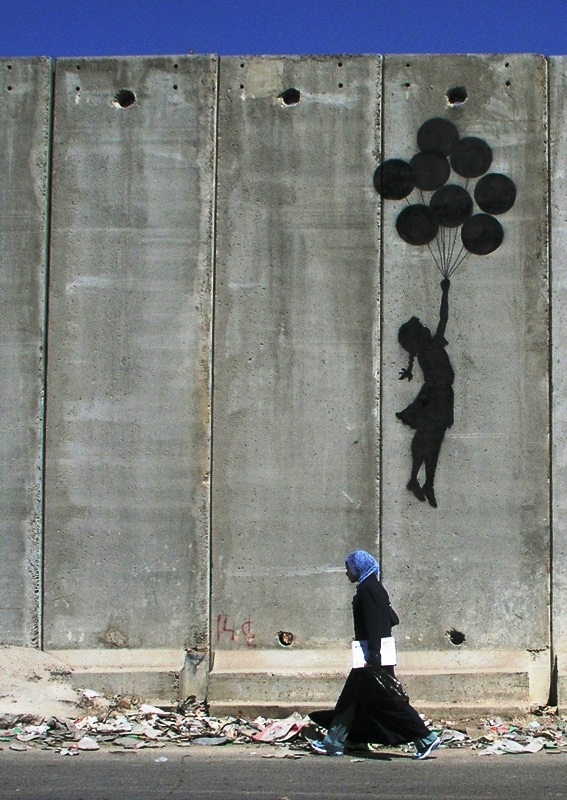 "For I know the plans I have for you," declares the Lord, "plans to prosper you and not to harm you, plans to give you hope and a future. Jeremiah 29:11

On a visit to Bethlehem a couple years ago I had the pleasure of hearing a performance by the Palestine Youth Orchestra. These gifted young musicians often go to great lengths, enduring checkpoints and circumventing closures, to gather for rehearsals and performances. They play both classical and traditional Arabic music, and many have dreams to continue their training professionally.

Children worldwide share many of the same hopes and dreams as my own. I have a daughter who plays violin in a youth orchestra. Surely these young Palestinians are as inspired as she is by the beautiful music they make. Another daughter is on a team that builds robots for competition. I’ve met students in Gaza and Birzeit who also love to work with their hands and look forward to careers in engineering. My son, almost thirteen and growing like a weed, loves to go camping with his Scout troop. I’ve shown him photos of young Palestinian Scouts who likely share similar interests to his.

For many young Palestinians, achievable dreams often run into the harsh reality of barbed wire and concrete barriers. This summer will mark 50 years since the beginning of Israel’s occupation of Palestinian territories. Rather than being a temporary matter to be resolved through peace negotiations, the military occupation has become a prolonged project in containment and settler-colonialism.

The situation for children growing up under occupation has grown worse in recent years. More young Palestinians are being arrested and mistreated, and at younger ages. Defense for Children International (DCI)—Palestine reports that since 2011 an average of 201 Palestinians under 17 were held in Israeli custody each month, but that number swelled to 440 by early 2016. While smaller sets, the number of 12-15 year olds and of Palestinian girls in detention also nearly tripled in the same period.

When I think of Palestinian kids stopped on the way to school, or to orchestra practice, and questioned by a soldier with a machine gun, I think of my children. When I imagine how a 13-year old Palestinian boy could be profiled and arrested for being a potential threat and not allowed to contact his parents, I think of my son, nearly full-sized but too immature to stay out of trouble.

The famous graffiti artist Banksy just opened a new hotel in Bethlehem named the “Walled-off Hotel.” Its windows open up to a view of the imposing Separation Barrier. Banksy is also famous for paintings whimsical images on the wall—like a girl floating with balloons and scenes of beaches appearing in holes painted onto the stone canvas. His images give the children of Bethlehem a glimpse of the world beyond the concrete.

Faith groups like ours must speak up for child victims of conflict and occupation. Political forces in Israel and the U.S. are increasingly turning their backs on the prospects for Middle East peace. Some deny that the Palestinian people, or their dreams, exist. Children will be the key to whether peace or conflict prevails. If young Palestinians are not told their lives matter and given hope, dignity and the promise of peace, then not only their future but the future of peace between Palestinians and Israelis is at risk.

Derek Duncan is Associate for Global Advocacy and Education of the United Church of Christ.