Commentary: Can We Heal Our Fractured Nation? 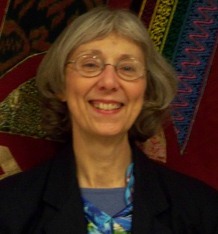 Our nation is fracturing. In one piece, people find opportunity and successful careers. In another, dead ends, frustration, hopelessness and despair. In yet another, people worry and struggle to maintain their grip on economic security.

One way these pieces differ is in income. The land of the rich is pulling away from the land of everyone else. Now scholars have identified another way the country is splitting apart: our life spans. The growing income gap is mirrored by a growing longevity gap.

Researchers have long recognized that wealthier people, on average, live longer than those in the middle class who, on average, live longer than the poor. This is not true in every case – a wealthy person can become severely ill and die at a young age – but it is the general pattern. And whites tend to live longer, on average, than African Americans and Hispanics born in the U.S. The reasons are only partly due to access to health care. It is well recognized that excess stress – for example, due to racial discrimination or poverty – is an independent factor that shortens people’s lives.

But for many decades, despite long-standing differences in longevity, the average life spans of all groups of people -- all races, all economic classes – were lengthening. So while the bad news was that disadvantaged groups had shorter lives compared with the more advantaged, the good news was that these differences were shrinking.

But this is no longer true in our downwardly mobile nation. Today, some groups are seeing a decline in their life expectancy. In particular, whites with no education beyond high school have rising death rates. This is shocking and – other than during a war, epidemic, or social catastrophe – is unprecedented in a major industrialized country. Equally shocking is the cause for the rise in deaths: not heart disease or cancer but suicide, substance abuse, and overdoses of heroin and prescription pain killers. These deaths are indicative of deep despair. And while the factors behind this hopelessness have not been determined, they likely have much to do with a lack of opportunity, failed expectations, and the scarcity of good jobs.

People of color have long faced similar dismal, unjust economic conditions and paid a price in shorter life spans. The fact that whites are now encountering these conditions and experiencing a fall in longevity is not the main cause for concern. It does indicate that, tragically, the problem is growing. But it also suggests a new opportunity for change. We have seen that the recent increase in drug abuse among whites has sparked a long overdue interest in drug treatment and interventions to keep users out of jail, a sentiment that was not prevalent when whites viewed drug abuse as primarily a problem among people of color. In a similar way, my hope is that the spread of despair and rising death rates among whites might spark new efforts to create economic opportunities for all of us.

In our divided nation, some groups are thriving and living longer lives while others are driven to engage in life-threatening and life-ending behaviors. Can we hear the cries of those who despair, no matter their race or ethnicity? Will we do anything about it?