Commentary: A Radical Engagement with Racism in Contested Spaces 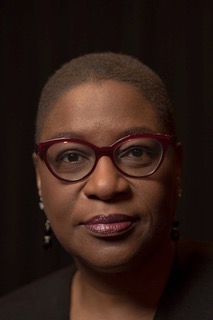 I reluctantly open news apps on my cell phone and laptop computer because I anticipate the headlines of the day will feature more verbal threats from the Attorney General, and some members of Congress who stand with the elected sitting president daily working to erode our civil and human rights. They wholeheartedly believe in white supremacy. I understand through my research, teaching, and immersion into history that an ideology of white supremacy is supported by beliefs that only white people deserve the benefits, rights, and privileges to the land and its resources. There is a strong resurgence of this ideology manifested through the rhetoric coming from the White House.

We have reentered a very dangerous era where white supremacy, the KKK, and Alt-Right hate groups are encouraged to rise up and make America an all-white nation. (VRL)

Since January 20, 2017, the words and actions of the current sitting president, and his appointments to the Department of Justice, Supreme Court, and Department of Education have worked together to dismantle protections guaranteed in the Civil Rights Amendment of 1964. He has also openly verbalized his consent to law enforcement towards physically abusing people of color, detainees, and immigrants. His actions fuel the Alt-Right, the KKK, and other white extremists groups with ties to American nationalism, and the resurgence of both language and actions calling for a whites only movement again in our nation.

White supremacy supported the enslavement of African descended people and instituted Jim Crow Laws. Institutional racism coexists with individual racism. White supremacy enabled whites to claim America as a Christian nation. The God I serve sent Christ to liberate not enslave human beings. Christ loved and set free the oppressed and marginalized. Therefore, to claim a nation that enslaved, perpetrated genocide, and continues to name space for whites only is not Christian. Racist white Christians participated in lynching black bodies. A practice largely tolerated by state and federal officials. Today we see another form of lynching taking place through the mass incarceration of black and brown women and men. However, efforts are underway today to address the trauma of one of the most violent and public acts perpetrated upon black communities around the country.

The Community Remembrance Project is part of the Equal Justice Initiative's (EJI) campaign to recognize the victims of lynching by collecting soil from lynching sites and creating a memorial that acknowledges the horrors of racial injustice. Community members are invited to join EJI staff to collect soil from sites throughout Alabama.

As people of faith we must know our history, immerse ourselves in other people's cultures and learn from them, and never impose our ideologies on others. Make space for peace void of racism.

The earth and everything on it belongs to the Lord. The world and its people belong to him. The Lord placed it all on the oceans and rivers. Psalm 24:1-2 (CEV)

Racism oppresses the oppressor as well as the oppressed, and there is nothing Christian about racism.

As the UCC Minister for Racial Justice I propose and strongly encourage people of faith to engage now more than ever in a radical engagement of dismantling racism and white supremacy in our nation.

How does one engage in dismantling racism in our nation? It starts with local efforts to consistently contact and reach out to those in Federal, State, and local leadership and policymaking positions. It also means partnering with community organizing groups, and activists with expertise in addressing systemic and individual racism.

A great example of faith communities engaging in contested spaces was during the battle to keep the Affordable Care Act (ACA), also known as Obamacare, in place. Legislators and supporters across the country with every intention to eradicate the ACA were met with fierce and courageous protestors in town hall meetings, on the steps of Congress, and in various Senate and Congressional offices throughout Washington D.C. Perhaps the proudest moments came when clergy showed up daily to demand that their voices be heard on behalf of their congregations, denominations, and communities. I was particularly proud to see our own Rev. Traci Blackmon, Executive Minister for the United Church of Christ Justice and Witness Ministries speaking boldly throughout the country in favor of raising the moral conscious or leadership in the country to do the right thing by not repealing the ACA. She advocated on our behalf representing the 5,100 member churches within the UCC denomination.

Close to 22 million plus Americans would have lost the benefits of affordable healthcare had it not been for people strategically coming together for the common cause to stand up for what was a just cause. For many African Americans, as well as other underrepresented communities the ACA was the first opportunity to take advantage of protecting families through affordable insurance rates, especially for children and those with pre-existing illnesses.

Romans 10:17 says, "God wants everyone to prosper and God has given us all the ability and the power to prosper! However, prosperity begins with understanding our role; we are God's stewards. Our lives, talents, abilities, and living in a world of unparalleled opportunity are all gifts from God. (NIV)

Radical engagement with racism in contested spaces means we have full agency and God-given abilities to stand against hate. Every day new challenges arise that threaten our families and our children's future.

There is a call and great commission we can stand on that emboldens us to love our neighbors, love children, and love creation.

A Call to Action to Stand against Hate

On August 12, 2017 in Charlottesville NC, members of various faith communities around the country, including clergy from the United Church of Christ will gather in solidarity to protest an Alt-Right/ KKK rally. The United Church of Christ and all its entities are called to be an Anti-Racist Church and seek to dismantle racism and white supremacy as stated in the 2003 General Synod Multiracial and Multicultural Resolution.

God has not given us a spirit of fear, but the spirit of power, of courage and resolution, to meet difficulties and dangers; the spirit of love which will carry us through opposition. 2 Timothy 1:7 (NKJV)

Now is the time to move from having sacred conversations on race to active engagement to dismantling white supremacy. The August 12th gathering is an opportunity to engage, learn, reflect, and organize within your own congregation. You can enter the conversation by first reviewing the UCC's White Privilege curriculum. Download a copy today: www.ucc.org/white_privilege.

Velda Love is Minister for Racial Justice of the United Church of Christ.