We know that God’s will is for each of us to live a life of wholeness. God’s abundance is to be shared so all people live in the fullness of life. This means workers must be paid a living wage and be treated with dignity. All workers. No exceptions.

But many workers face abusive conditions that are destructive of their physical, emotional, and spiritual well-being. And as consumers, all of us are caught in this web of exploitation. Most of our clothes are produced by people working in sweatshops where very low pay, very long hours, sexual harassment, and, often, unsafe conditions are the norm. Our fruits and vegetables are harvested by farm workers who are among the most abused workers in the United States. Small farmers in tropical countries who grow coffee beans are caught in an unjust multinational market that pays them too little and too often drives them off their land.

As consumers we participate in this abusive system. But as people of faith, we are called to make it better. There are ways we can help our neighbors.

We can buy (and our congregations can sell) fairly traded coffee, tea, chocolate, and other products through the UCC Fair Trade Project with Equal Exchange. 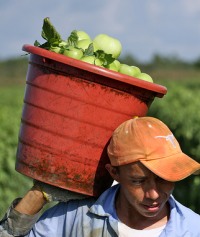 We can support farm workers in the United States by boycotting fast-food giant Wendy’s. The boycott was called by the Coalition of Immokalee Workers, a group of tomato pickers in Immokalee, FL, who seek to improve their pay and working conditions. Over the last 15 years, all the major fast-food companies – except Wendy’s – have joined the Fair Food Program that is improving the lives of farm workers. So the CIW called for a boycott of Wendy's that will continue until the firm joins the FFP. The UCC Board of Directors has endorsed this boycott. Don’t eat at Wendy’s. More info and ways to support these farm workers.

We can support workers in the Fight for 15, a nation-wide effort by fast food and retail workers to raise their pay to $15 an hour and form unions. Let’s participate in their marches and rallies. Other groups of workers are also organizing to improve their jobs and their lives. Let us stand with our neighbors as they seek fairer, more just workplaces. 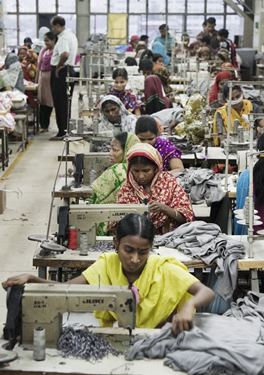 We can work to raise the minimum wage in our cities, states, and nation so that, eventually, all wages are living wages. We can defeat the proposed trade agreement, the Trans-Pacific Partnership. We can support legislative efforts to reverse the trend toward greater income inequality.

We can also join together in the UCC Economic Justice Movement. Receive emails every two to three months with an action opportunity. Holding a Labor Sunday service focused on economic and workplace justice is one way to participate.

The people who produce the things we use—many of whom labor under harmful conditions – need our support. Let us stand with those on the margins and together with God, create a world that more closely matches God’s vision for us.