Blackmon’s church setting up as a PPE distribution center in St. Louis 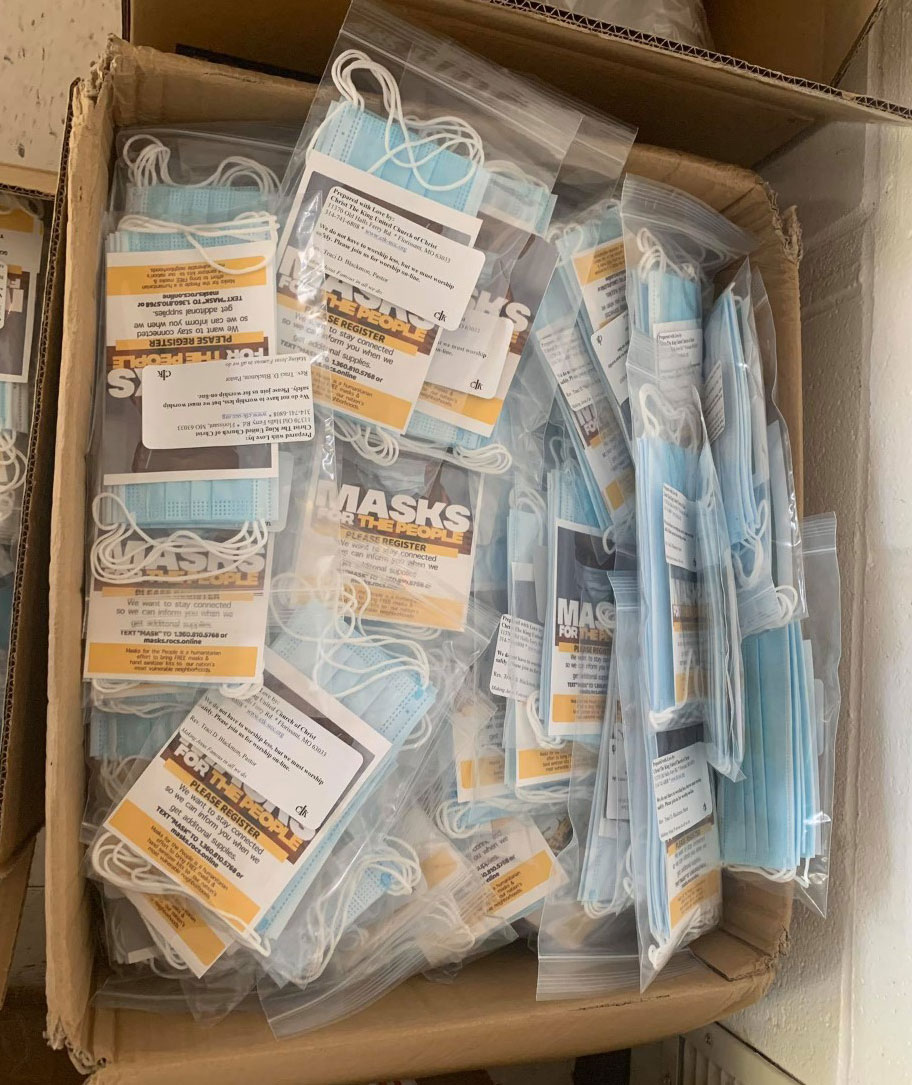 Christ the King United Church of Christ in Florissant, Mo., is setting up as a St. Louis area distribution center for personal protection equipment — masks, gloves and hand sanitizer — in order to get them into the hands of people in the community who need them.

The congregation, pastored by UCC Associate General Minister, the Rev. Traci Blackmon, recently accepted its first shipment of 30,000 masks. Members of her congregation, assisted by other advocacy organizations, are assembling protection kits for local households in underserved and under-tested neighborhoods.

“Ten masks, along with gloves and hand sanitizer, will go into each kit, along with information on social distancing and how to make the masks last,” Blackmon said. Local organizers will take the kits into the black community to hand out at meal programs, food pantries and other locations. Some volunteers, dressed in isolation suits, will be preparing to go door-to-door. They hope to begin delivery later this week.

“We want to serve those who have less access to healthcare,” Blackmon said. “We have a broken system that needs fixing in the middle of a crisis.” 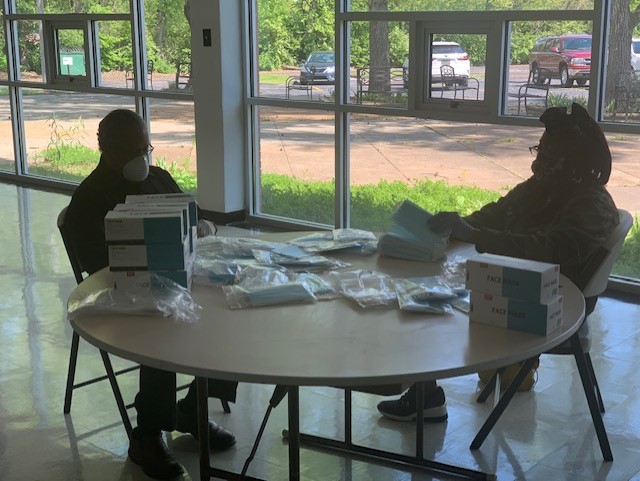 “It’s not just about exposing deeper disparities in black communities,” Blackmon said. “It speaks to inequities in the system. Those who have less access to health care are being penalized.” 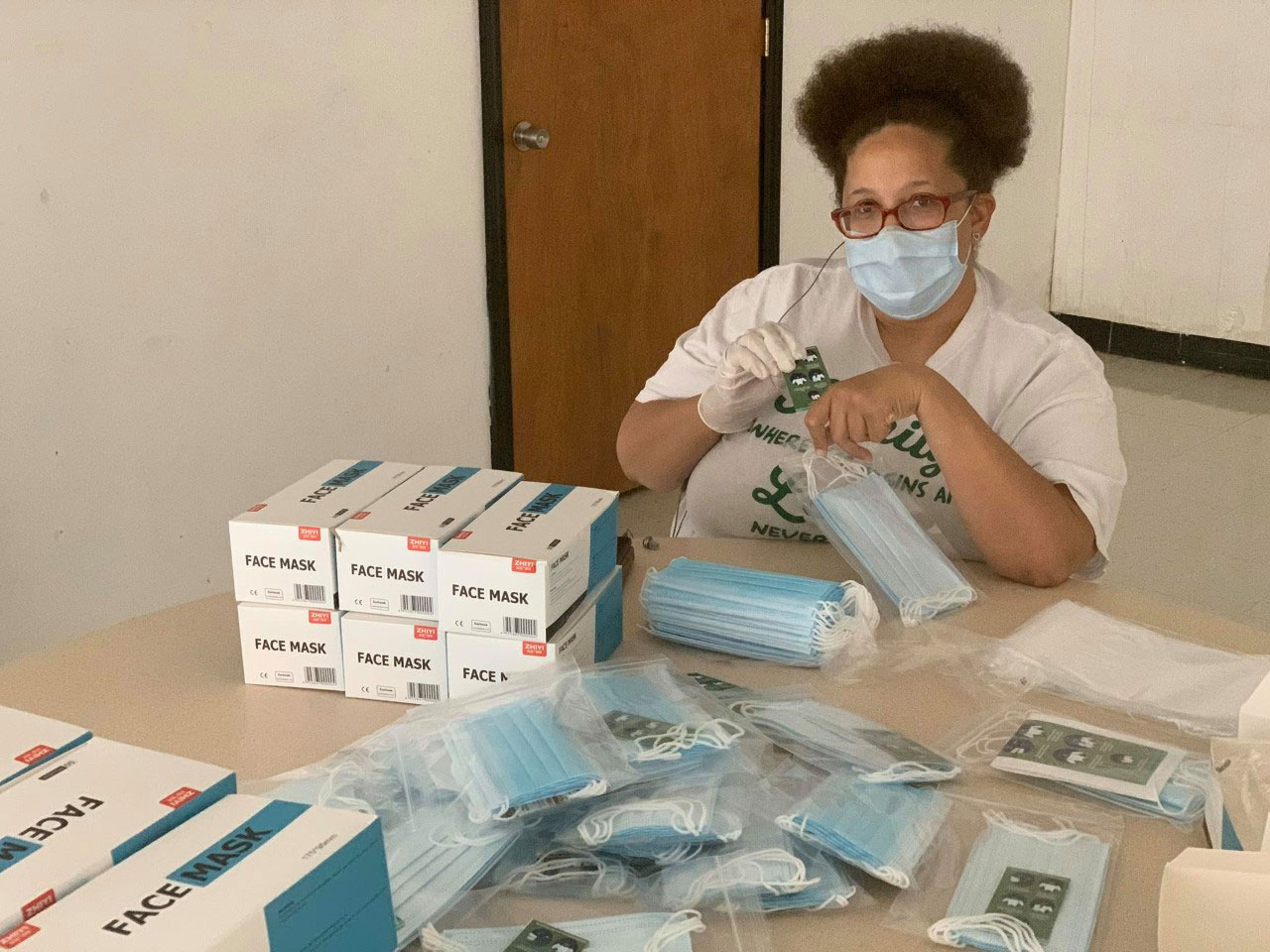 Enter Masks for the People. Sponsored by the humanitarian organization Live Free, the campaign is the brainchild of CNN host W. Kamau Bell and a California pastor, the Rev. Mike McBride. They held an online fundraiser to get supplies and services to underserved communities in cities where COVID-19 cases were escalating. On April 7, Jack Dorsey, CEO of Twitter and Square, and a St. Louis native, stepped in with a significant gift.

“We are giving a $1 million to the Masks for the People Campaign,” Dorsey said during a livestream discussion with Bell and McBride. “Your plan was extremely well thought out, from the logistics, to how to buy the protective gear, to how you are supporting people in the community with outreach and contacts. Extremely comprehensive and well thought out. No doubt in our minds it was the right move for us. It was an easy, easy, yes.” 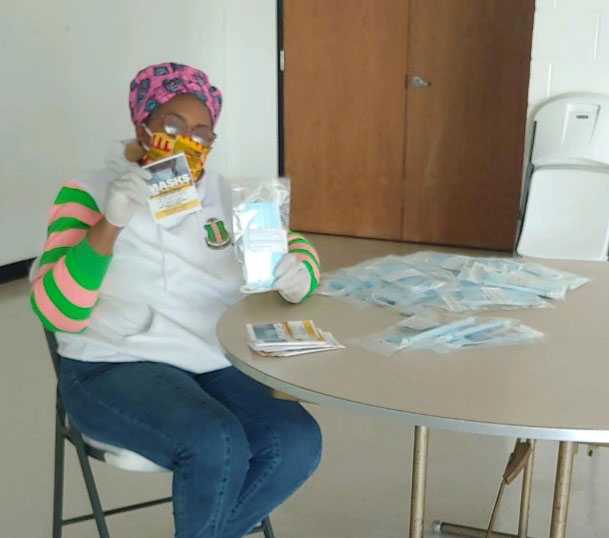 Masks for the People is using the money to make major purchases, to supply PPE in urban neighborhoods in several American cities.

“The locations were chosen because they have two things in place,” Blackmon said. She pointed to high rates of COVID escalation in the area and an organized network for organization and delivery by faith groups and other organizations that work to assist people of color and people in poverty. Her community of St. Louis joins New York City, Chicago, Dallas, New Orleans, Indianapolis, Orlando, Newark, Milwaukee, Birmingham and the San Francisco/Oakland area.

Blackmon said the goal is to give away 1 million surgical masks in urban neighborhoods in those and other American cities. She expects a second shipment in St. Louis and distribution in other areas, like Detroit, after the rest of the purchased equipment clears customs.