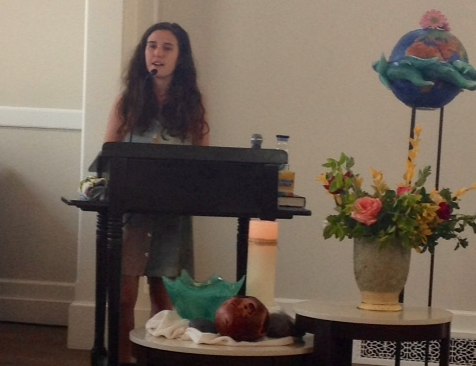 When Naomi Klein was twenty-six years old, she visited the Philippines to do research for her book “No Logo,” a story about the destructive business practices of large corporations. She met hundreds of exploited workers who were in the midst of struggling for their rights, banding together to fight businesses such as Disney or Nike. It was a simple narrative, but Klein was shocked by a detail that seemed to contradict everything she knew about activism: all of the workers wore clothing from the very brands they were fighting against.

She asked one of the labor organizers about it and the man didn’t really understand her question. For the people he worked with, individual actions were considered meaningless. What they wore and what they ate was not the focus of their activism because power didn’t rest in what they did as individuals, but rather in what they did as a collective. As a group, they were lobbying and striking to change business practices and become unionized, their sheer numbers overwhelming corporate opposition.

Later in her life, Klein found that this experience provided the perfect metaphor for climate change action, a clear answer to the question many of us have: “how do I, as an individual, help fight climate change?” The simple answer is that there is not much that we, as individuals, can do to stop climate change. The vast majority of environmental damage comes from governments and corporations, and while actions such as water conservation and recycling and using electric cars does have an impact on greenhouse gas emissions, they are not enough to offset large-scale industrial pollution. They are not enough to stop deforestation or save endangered species or keep sea levels from rising. By concentrating on personal actions, we run the risk of assuming that we have done enough, and that we are not obligated to participate in more widespread actions.

The only thing that combats climate change is large-scale structural change that will take the collective work of hundreds and thousands and millions of people to be successful. It will take new laws and new policy at all levels of government, and it will take a lot of people and a lot of effort to get to that place.

And this brings me to the reason I am standing here before you today, the Juliana v. United States case that will be heard in a district court on October 29, 2018, three years after the case was first filed. In the case, 21 young plaintiffs are suing the US Government for failing to act against climate change, arguing that the government’s actions have violated my generation’s right to life, liberty, and the pursuit of happiness.

Our Children’s Trust is the organization that is sponsoring the case, along with smaller cases across the country where young people are taking their state governments to court to demand action on climate change.

Climate change has been the elephant in the room for my entire life. I cannot remember a time when I was not worried about what my future would look like due to climate change, and I have seen the real effects of it first-hand. The irregular weather patterns and frequent extreme weather events that have been a new development for many of you in the audience are the new normal for people my age. The overwhelming heat, the lack of rain...this is California’s share of the burdan. Other places face cold temperatures and more storms. Soon enough, our Bay Area will have to face the problem of rising sea levels head-on.

I don’t want to add to the panic about climate change. All of us know how serious of a problem this is. The question now is what we can do about it, and the tireless work of Our Children’s Trust and the young plaintiffs provides us with a clear path forward.

I am here today as part of the United Church of Christ’s 1000 Sermon initiative, where 1000 young people across the country address their congregation to garner support for the Juliana v. United States case and for climate change action in general. The intention behind the initiative is to build community support within the church system for legal and political actions against climate change, mobilizing us to go beyond our individual actions and join together to make real change.

It will not be an easy road. Collective action is harder and more time-consuming that personal actions like composting or buying sustainable products. It does not always proceed in a straight line: The Juliana case has been repeatedly blocked by the United States government and just over a month ago, a judge finally ruled that the federal government could not unilaterally throw out the case, forcing them to finally accept the court date in October.

As a college student at UC Berkeley, I am surrounded by collective action at every corner. Campaigns to divest from fossil fuels, to save the bees, to get the campus to zero waste...the campus is in the midst of moving away from a mantra of personal choice to a movement of working together to persuade lawmakers to listen to our voice.

As the Japanese writer Ryunosuke Satoro said: individually, we are one drop, together we are an ocean. I am asking for our church, our small community, to make a commitment to being part of this ocean of change, working until our future, my future and your children and grandchildren’s future, is finally safe.