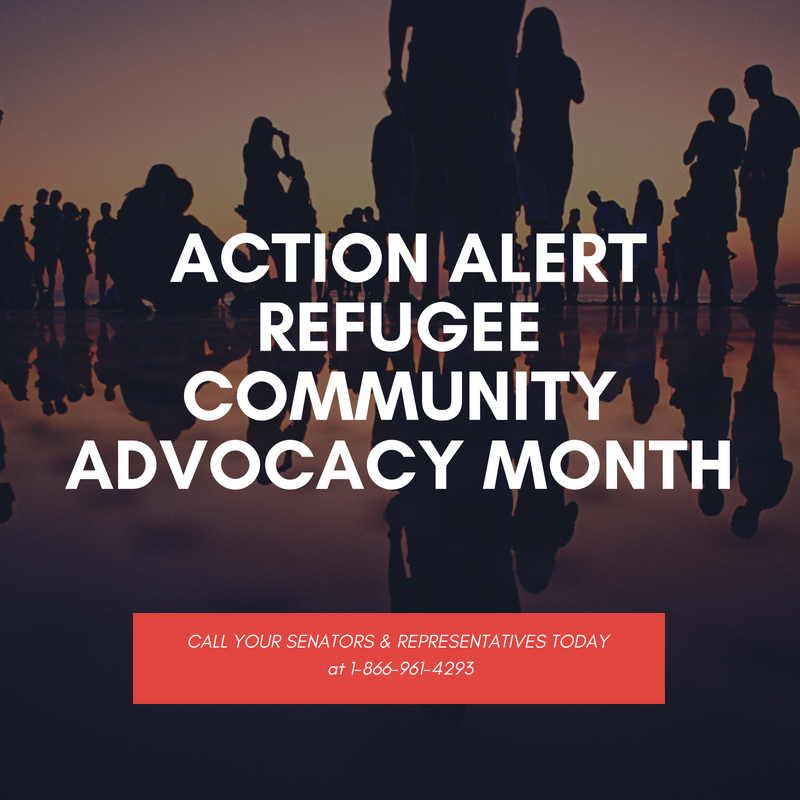 This is a critical time.

As people of faith we know without a doubt that the face of God is in every refugee, asylum-seeker and sojourner in our midst, and we must make sure that our Members of Congress do everything they can to hold the Administration accountable for meeting the 45,000 refugee admissions goal and urge them to commit to resettling at least 75,000 refugees in Fiscal Year 2019. The U.S. can resettle 75,000, and our communities want to welcome refugees.

Why is this such a critical moment?

Currently, there are more than 68.5 million people displaced from their homes, worldwide. We are also facing the largest global refugee crisis in recorded history, with 25.4 million registered refugees searching for safety. Additionally, we are seeing unprecedented numbers of asylum seekers, with 3.1 million people awaiting asylum decisions. Refugee resettlement saves lives, encourages other countries to keep their doors open to people needing protection, and promotes regional stability and global security. We cannot turn our backs on those refugees we have pledged to welcome.  Nor can we discriminate against individuals based on where they’re from or what religion they practice.

Last year, the administration set the refugee admissions goal at 45,000 – the lowest level in U.S. history. Even more upsetting is that three-quarters of the way through the year, we are on track to resettle only around 20,000 refugees.

Right now, we need Congress to urge the administration to resettle at least 75,000 refugees next year and hold the administration accountable to meet its refugee admissions goal to resettle at least 45,000 refugees by September 30th. Congress must also do everything in its power to end family incarceration and family separation, and ensure immediate family reunification. We also call on Congress to reducefunding for the mass immigration detention, deportation, and border militarization that harms asylum seekers and prevents vulnerable populations from seeking protection in the U.S.

Sample Script: “I’m your constituent from [CITY/TOWN], and a person of faith and I urge you to support the U.S. refugee resettlement program. I strongly oppose President Trump’s continued Muslim and refugee bans, as well as the all-time low cap on refugee admissions. I urge you to do everything in your power to see that the administration resettle at least the 45,000 refugees they have set as the goal for 2018 and see the administration commit to resettling at least 75,000 for 2019. Resettlement is a core American legacy that allows refugees to rebuild their lives in safety and dignity. I also call on you to do everything in your power to end family incarceration and family separation, and ensure immediate family reunification. Please reduce funding for the mass immigration detention, deportation, and border militarization that harms asylum seekers and prevents vulnerable populations from seeking protection in the U.S. My community welcomes refugees and immigrants, and I urge you to do the same.”

@[SENATOR/REPRESENTATIVE] Tell the White House to welcome at least 75,000 #refugees in the US & stand against refugee/Muslim ban EO. #RefugeesWelcome #GreaterAs1

See the Step-by-Step Guide on the who, what , where and how of setting up an in-person meeting with your Member of Congress during August recess by clicking on Refugee Council USA: Toolkit for August Recess 2018