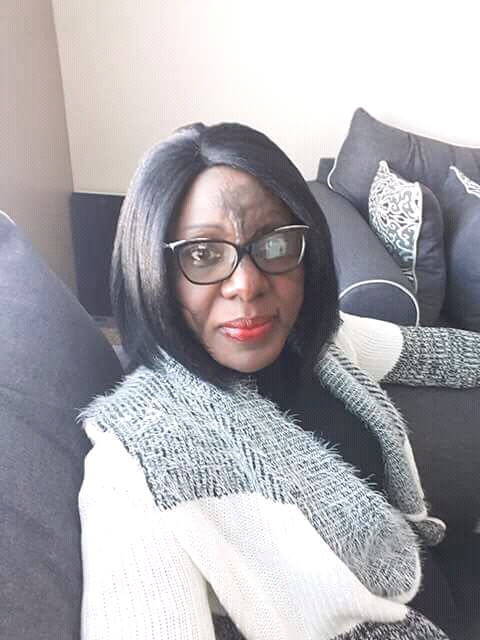 A refugee and a mother of four from Uganda will be reuniting with her children soon after a separation of almost five years — thanks to her dogged determination, the continued accompaniment of her church family, and assistance, in the form of a letter, from the national executives of the United Church of Christ.

Deborah Jane Baliraine came to the United States in January 2016 to escape horrific circumstances in Africa, and has been been fighting since then to bring her son and three daughters to her new home in Columbus, Ohio.

“We have been separated since January 19, 2014,” Baliraine said. “This is the fateful day that I was attacked in my home, it changed my life completely.”

Baliraine was a successful business owner in Kampala, Uganda when she was doused with acid as punishment for speaking out about the plight of women in her rural community. She spent nine months in the hospital, and left her children with family so they would be safe. Disfigured and fearing for her life, she fled to Nairobi, Kenya, and was able to secure a spot on a list of refugees to be resettled in the U.S.

She found allies here in Columbus, Ohio at Community Refugee & Immigration Services (CRIS) and the First Community Church UCC (FCC). They helped her resettle and introduced her to her host family. In collaboration with CRIS, FCC has welcomed, so far, 38 families to the Columbus area.

“Deborah Jane has been through extraordinary circumstances as a victim of gender based acid attack, a horrific incident that was orchestrated my her own ex-husband,” said the Rev. Kate Shaner, FCC minister of mission. “She was promised upon being resettled she would be able to reunite with her children, but she has been unable to successfully sponsor them.” 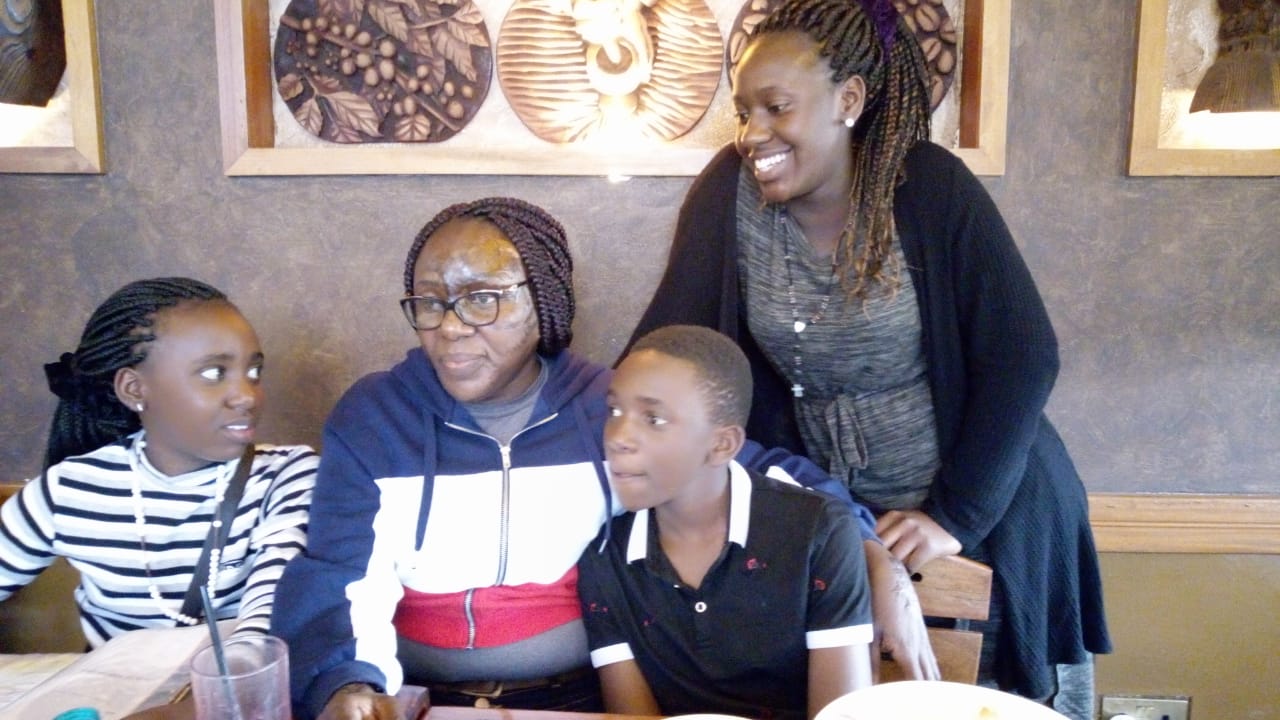 Baliraine said she was told in February 2017 that her children had been approved for resettlement by U.S. Citizen and Immigration Services (USCIS) in the Department of Homeland Security, but then the Trump administration changed the policy for family admissions.

So Baliraine became her own best advocate, sharing her story publicly while enduring several surgeries to repair the damage to her face and neck from chemical burns. “It’s not because I am bold,” she said, “but my struggles, to get my children with me, have inspired me to speak out more.”

After spending more than a year working with CRIS, petitioning government officials and speaking out in the public square, Baliraine decided in late October to go back to Kenya, where her children had since resettled, to fight for reunification of her family. To be with her 13-year old son and her daughters, now 20, 15, and 10.

The UCC National Officers, the Revs. John Dorhauer, Traci Blackmon and James Moos, sent a letter to Ambassador Robert F. Godec at the U.S. Embassy in Nairobi in support of Baliraine’s case.

“We are asking for you to help Deborah Jane bring her children back to the U.S. to be reunited with their mother. We are asking you to grant interviews for the children at the embassy as soon as possible while Deborah Jane is in Nairobi,” the letter stated. “We will be praying for Deborah Jane, her children, you, and your staff during her time in Kenya.

“We know this situation may be difficult, however, as people of faith, we know we can do all things through Christ who strengthens us,” the leaders wrote, “so we look forward to welcoming Deborah and her children home to Columbus very soon.”

Shortly after her return from Kenya in November, Baliraine had another surgical procedure, one she postponed so she could go to Africa. She also received an early Christmas present, learning her children would be joining her in Columbus in early 2019. News she was glad to share with her allies in the Church.

“I am writing with great joy to let you know about the promising news about my children in Nairobi. The process to join me here is almost done now,” she said. “It is exciting to me and I am so grateful with all the support that came from UCC and the First Community Church while I was traveling to Nairobi.

“The two letters from the UCC, from First Community Church, the signatures from members of Church, attached with my medical records and the children’s condition, added a lot to the requirements needed to become eligible to expedite my children’s cases,” Baliraine added. “Traveling to Africa was a great idea but the supporting documents to attach to my expediting request made it a success. Within the three weeks I spent in Africa, the case was scheduled for three different interviews for the children. Background checks, medical checks ups, vaccinations are in process now. They are scheduled for the last vaccination in mid-February, then will have one more stage to complete.”

“Our warrior sister Deborah had her 19th surgery upon her arrival home from Kenya, we should all hope to be as strong as she is one day,” Shaner said. “What a privilege to know her, indeed. I cannot wait to meet her beautiful children.”

“I am struggling with the right wording to thank you all for the tremendous effort placed in Deborah’s case,” said Jackie Kifuko, Refugee Organizer, CRIS. “Because of your advocacy actions and support, her case has been fast-tracked. You might not know the measure of peace you brought to her life. May the Almighty God bless you all for being angels in this world!”