A.C.T. Now To End Racism Reflection: Where do we really go from here? 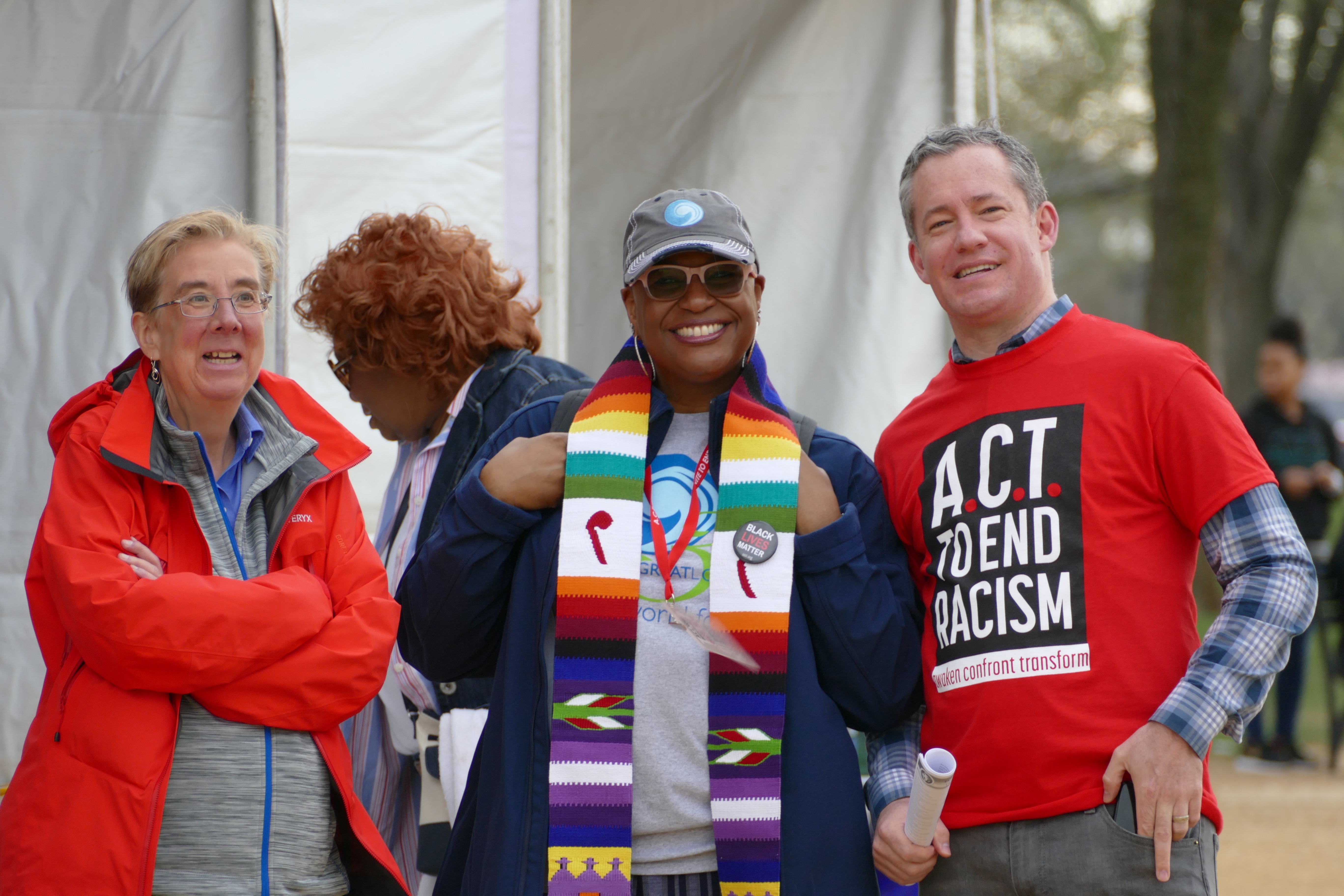 The National Council of Churches, along with multiple Christian denominations and interfaith partners, put their heart and souls into an incredibly moving day marking the beginning of a multi-year campaign to end racism in the United States. A.C.T. Now To End Racism (Awaken-Confront-Transform) is intended to continue racial equity and equal justice work of the Rev. Dr. Martin Luther King, Jr. The rally event was held to commemorate the 50th anniversary of the assassination of King in Washington, D.C. April 4th on the National Mall.

The day began with hundreds of people from across the country arriving as early as 6 a.m. at the MLK Memorial. The air was crisp, but the crowd filled the space with warm greetings, hugs, and looks of excitement and anticipation of the day’s events. It was good to meet so many United Church of Christ pastors, their friends, and families coming together to rally and unite to end racism. UCC General Minister and President, John Dorhauer was present to greet familiar friends, and introduce me to so many wonderful and kind people representing their churches from as far away as Seattle, WA. 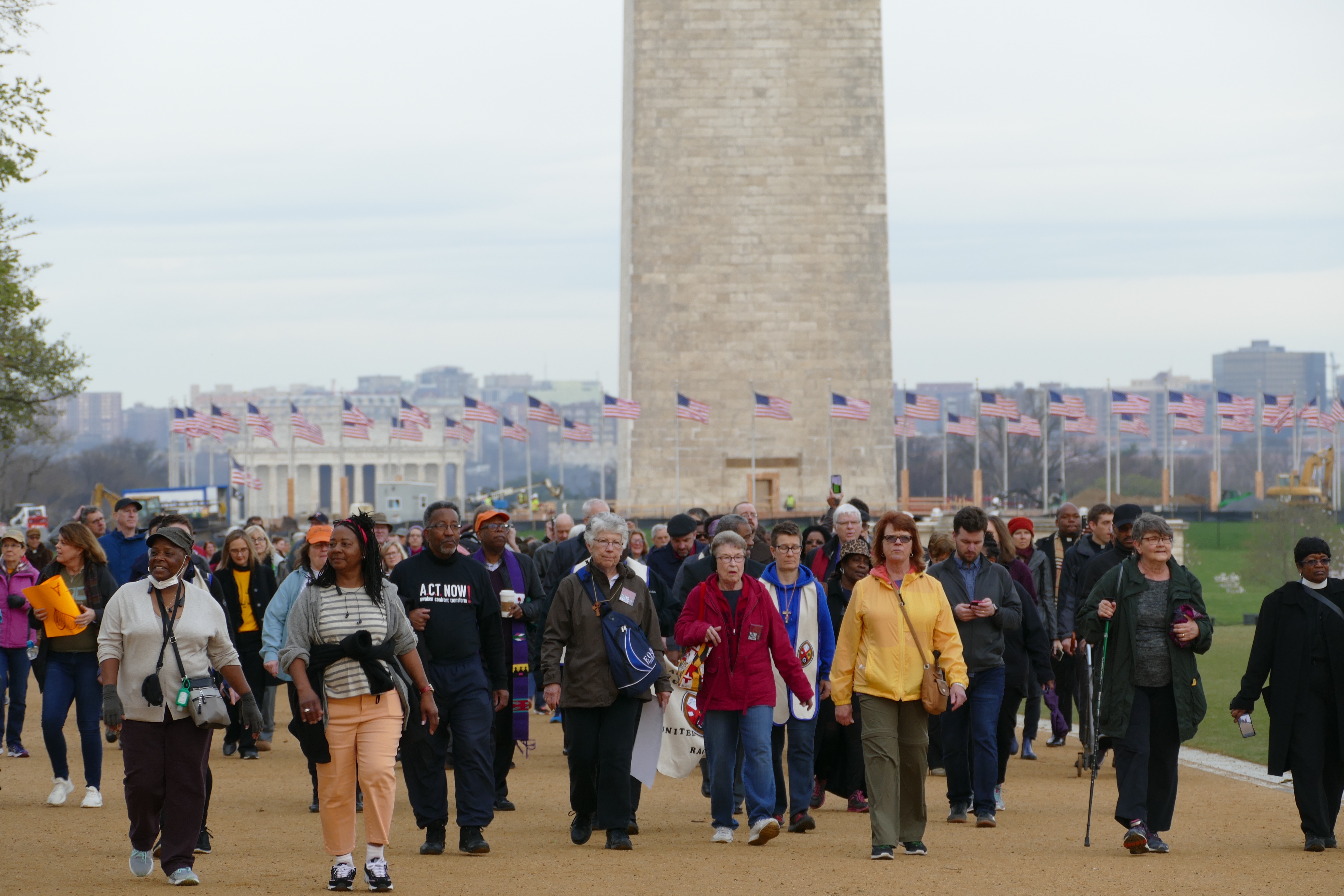 Every prayer and speech was inspiring. It was a joy to listen to Rev. Touissant King Hill, Jr., pastor of West Hunter Street Baptist Church in Atlanta and a cousin of King. His cadence and tone was reminiscent of King, which resonated with the crowd as he reminded us that the three evils—racism, economic inequality, and militarism continue to permeate the land.

As the crowd moved towards the street in silence there was a calm reverence permeating the atmosphere. Silent prayer marchers entered the memorial site and processed slowly past the centerpiece, a 30-foot statue of King carved into the Stone of Hope, which emerges from two large boulders known as the Mountain of Despair. Together, they represent memorable words from Dr. King’s “I Have a Dream” speech. Text from this speech is cut sharply into the rock of the Stone: “Out of the mountain of despair, a stone of hope.”

People took pictures and some touched the statue as they walked by. Touching the stone is a sign of respect and an indication of the site being sacred space. A fitting tribute to a man who believed in God, prayed for the nation, negotiated in good faith with political leaders, and worked towards eradicating poverty, racism, militarism, and economic inequality. King gave his life fighting for an end to racism, oppression, and discrimination, while working towards creating a just nation for all. 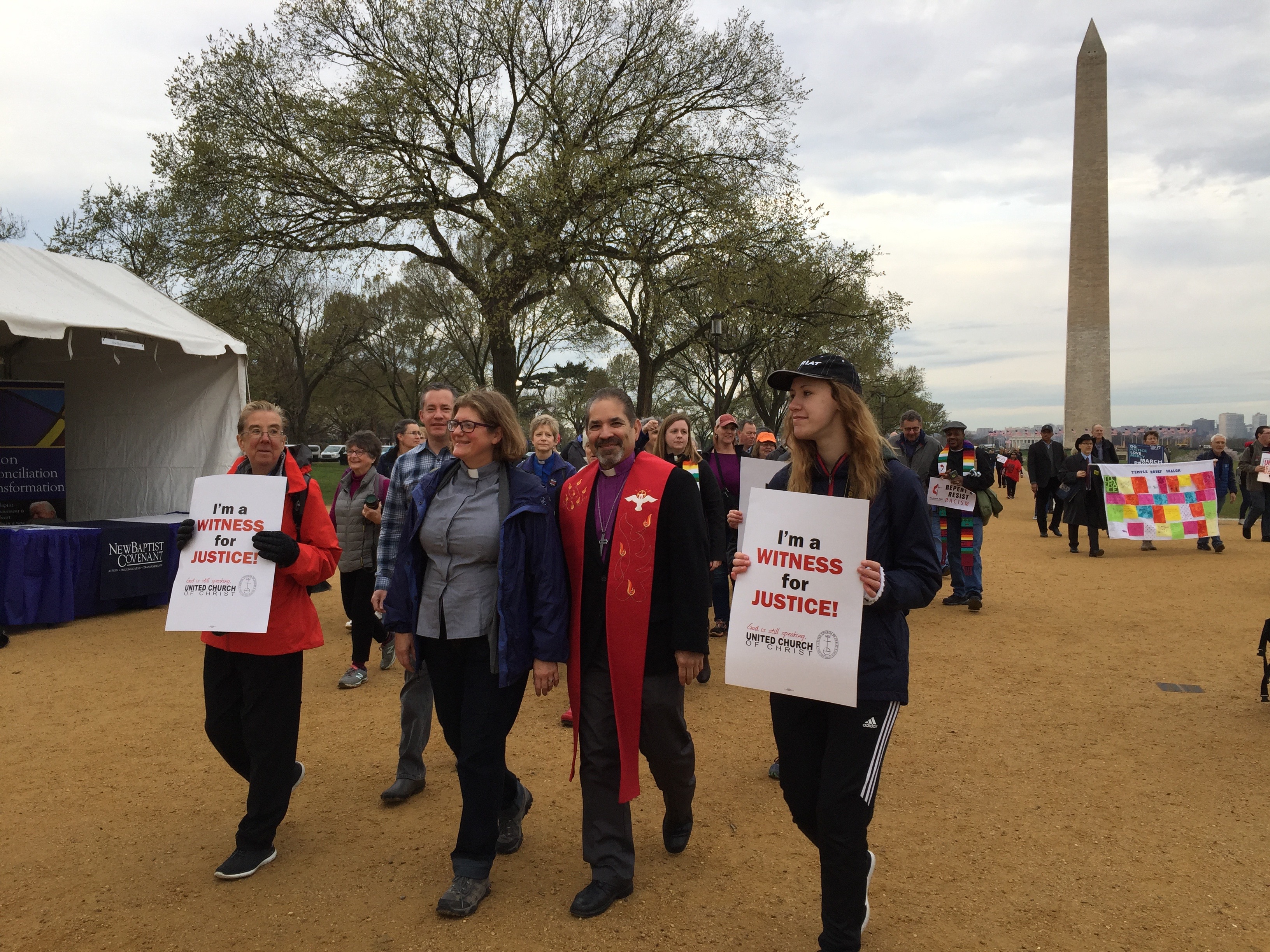 The remainder of the day was impactful as Muslims, Rabbis, Sikhs, Greek Orthodox, and Christian clergy spoke about the work that needs to continue to eradicate racism. It was refreshing to hear multi-faith, multi-cultural, and diverse Christian communities lifting up the belief that we, they, all believers worship the same God.

A large crowd of over 400 people sat on the lawn, and stood close together enjoying speeches, and music, videos, and even weathered a brief storm.

United Church of Christ rally attendees came out in force to the three-day events hosted by the NCC. Immediately following the rally UCC pastors and their members, along with representatives from the United Church of Canada gathered at First Congregational UCC. It was good to meet so many wonderful people committed to learning more about the NCC campaign, but also deeply committed to the work of dismantling racism. As we went around the room introducing ourselves, I asked people to provide more than their names and current locations, but to name their ancestors. This exercise means we are more than a “race” or color; that often we have historical roots to a land beyond North America.

Self-identifying ourselves this way helps all of us talk more deeply about the harmful effects of racism. The construction of whiteness as the norm and superior “race” has deeply traumatized generations of people of non-European descent. 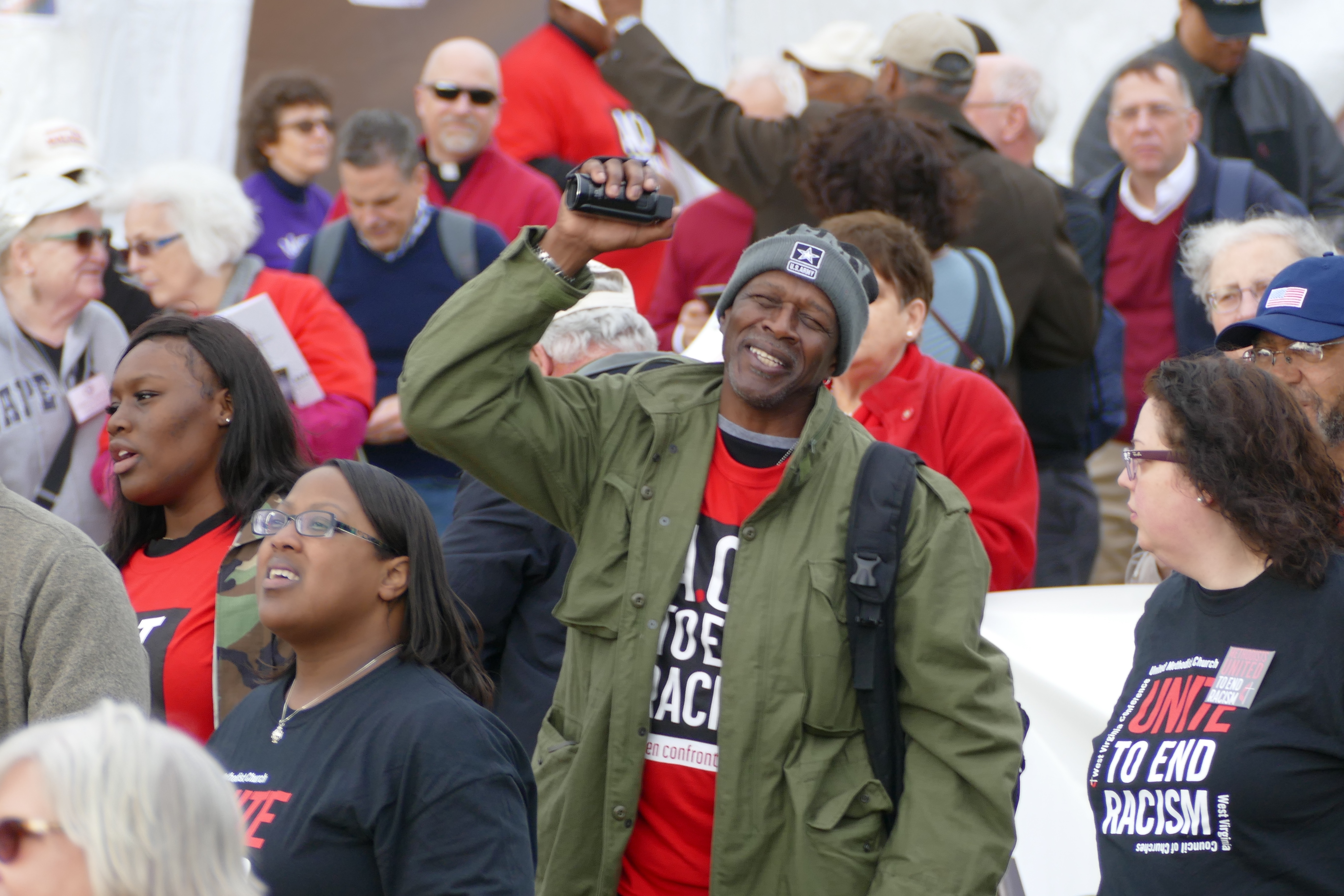 Being able to say out loud that we live under and with white skin supremacy means we have work to do to decolonize our churches, our Bibles, communities, government and all of the structures and systems that hold us hostage to false narratives.

The A.C.T. Now To End Racism rally brought hope, inspired people, and encouraged others to return to their respective churches and communities with strategies and plans to address their local, state, and Congressional leaders. The work of dismantling and eradicating racism is not a sprint, but a lifelong journey and commitment to change laws and policies that continue to disproportionately impact African Americans. Communities of faith must strategize and work together for all people of color, immigrants, Dreamers, and First Nations people. Economic inequality is a leading factor for high rates of poverty. The systems and structures that benefit and privilege one percent of the population must be challenged and changed. Individual bias, bigotry, prejudice, and rampant racists must be confronted with truth telling because racism is a disease that began over 600 years ago and lasted 400 years too long in this country.

Join the work and stand with me to end racism.