HIV & FAITH in Resilience and Renewal 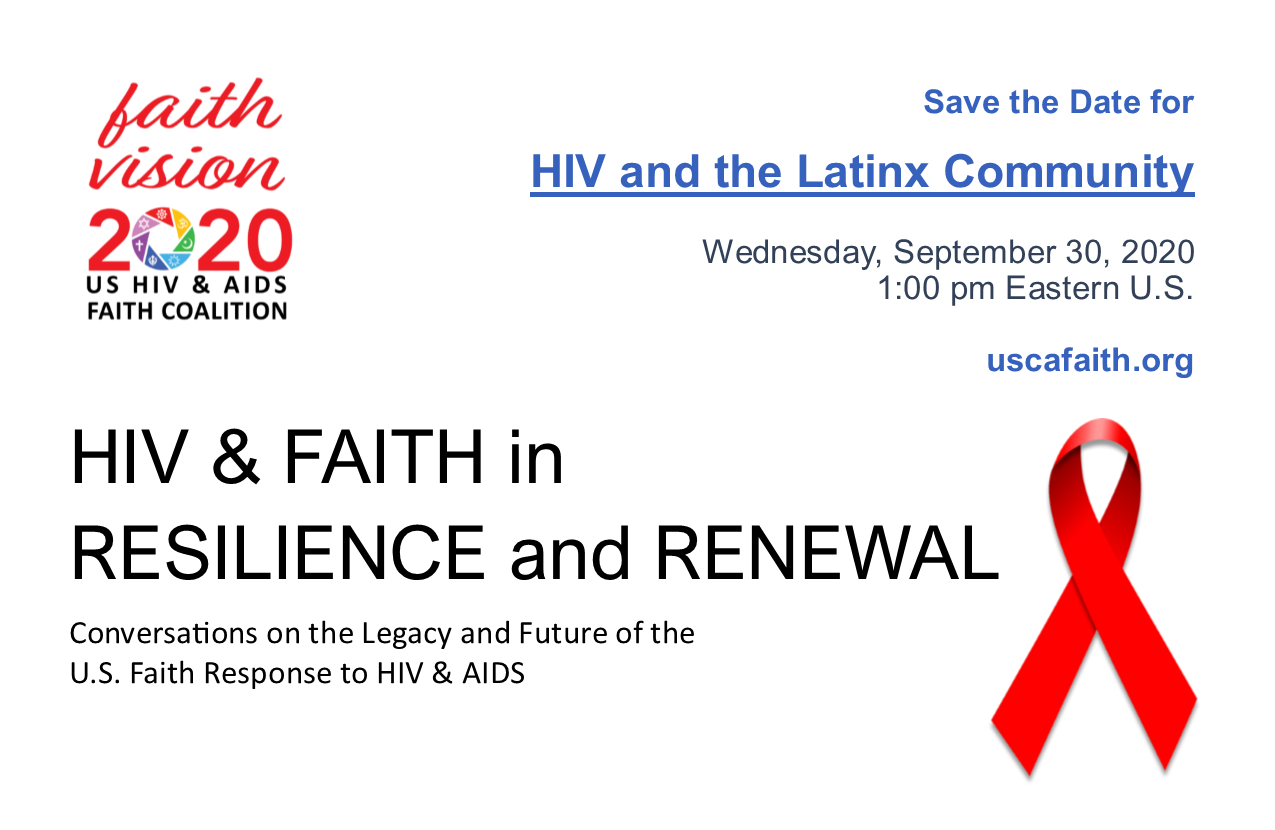 REGISTER
About the series:
HIV and Faith in Resilience and Renewal,
Conversations on the Legacy and Future of the U.S. Faith Response to HIV & AIDS
This series, developed by the US HIV and AIDS Faith Coalition (USHAFC), will explore the 40 year legacy of U.S. faith communities toward ending the HIV/AIDS epidemic. It will feature conversations with a variety of leaders from faith-based organizations, houses of worship, community organizations and government agencies who will address the intersections of race, class, gender, sex, sexuality, and religion in the history of the HIV response in the U.S., and identify lessons learned, offer insights, and share their vision for what will be needed to end the epidemic. The event will center the commentary of faith actors from multiple faith traditions and practices, people living with HIV, and HIV practitioners who have been involved in HIV/AIDS advocacy since the beginning of the epidemic.
The format will include a conversation, guest responders to the conversation, and discussion/Q&A with the webinar audience. The series is currently scheduled to run from July 29 until World AIDS Day, December 2020.
Sunday, August 30, 2020, 5:00 - 6:00 PM Eastern U.S.
National Faith HIV AIDS Awareness Day
A Conversation with Khadijah Abdullah and Rev. Edwin C. Sanders

Past Webinars:
Sunday, August 30, 2020
National Faith HIV & AIDS Awareness Day,
A Conversation with Khadijah Abdullah and Rev. Edwin C. Sanders
Moderator: Ulysses Burley III
Responders: Bhikkhu Sāgarānanda Tien and Vanessa Johnson
Wednesday, July 29, 2020
Prayer and Engaging the Black Church,
A Conversation with Pernessa Seele and Cary Goodman
This webinar series kicked-off with a conversation between long-time HIV activists Pernessa Seele and Cary Goodman of the Balm in Gilead. Pernessa is the founding CEO of the Balm and Cary has served for many years as the Balm’s Program Director. They will talk about the impact of the National Week of Prayer for the Healing of HIV and their vision for the role of the Black Church for ending the epidemic.
About the US HIV & AIDS Faith Coalition
The US HIV & AIDS Faith Coalition is composed of people of faith, faith leaders, people living with HIV and people working in the HIV and AIDS response working together to develop and implement strategies to strengthen the faith response to HIV the toward ending the epidemic.
Email contact: hivfaithcoalition@gmail.com
Do you like this page?
Tweet