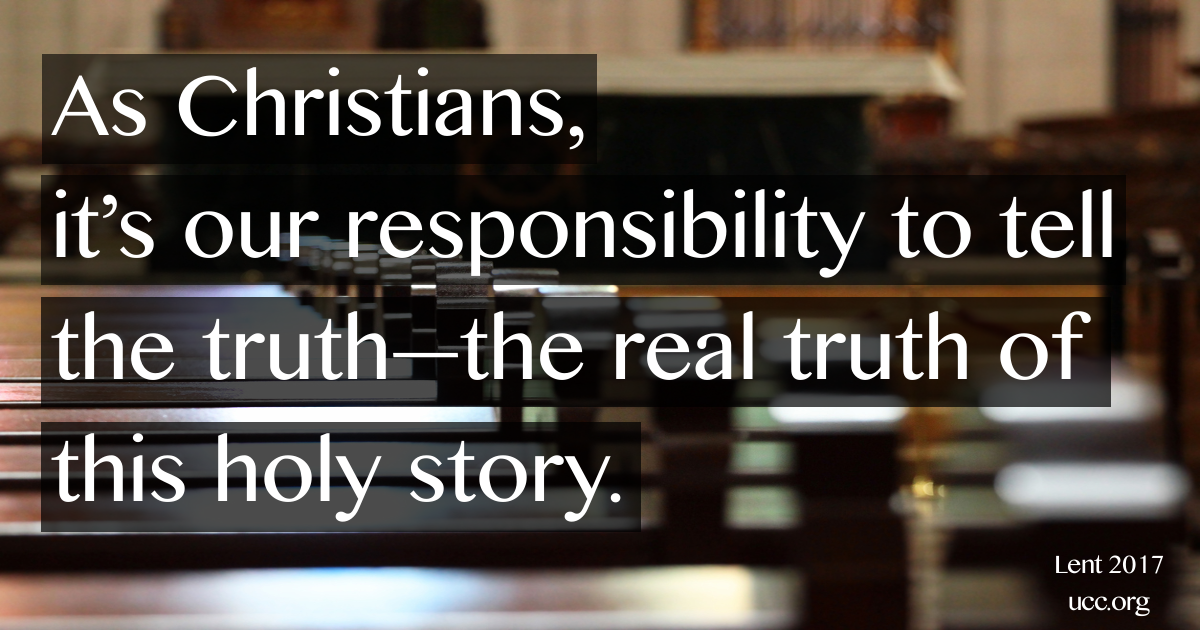 "Now the feast of Unleavened Bread drew near, which is called the Passover. And the chief priests and the scribes were seeking how to put him to death, for they feared the people." - Luke 22:1-2

We Christians are about to start the holiest week of our year. In churches around the world tomorrow, our congregations will wave palms and sing "Hosanna" to remember Jesus' entry into Jerusalem. On Thursday, many of us will gather in the shadows for the Last Supper. On Friday we come to the foot of the cross and sing "Were You There?"

Tragically this holy time for Christians has historically been a time of holy terror for our Jewish brothers and sisters. A good friend, now in his 80's, remembers as an Orthodox boy in Brooklyn how his mother kept him indoors on Good Friday to keep him safe from the Christian boys who prowled his neighborhood after their noontime service, looking for Jewish boys to beat up for "killing Christ."

As Christians, it's our responsibility to tell the truth—the real truth of this holy story. That the religious leaders did what they did because they were human, just like you and me.

Thank you, God, for this Holy Week and for the truth this journey helps us to tell.

About the Author
Talitha Arnold is Senior Minister of the United Church of Santa Fe (UCC), Santa Fe, New Mexico. She is the author of Mark Part 1 and Mark Part 2 of the Listen Up! Bible Study series and Worship for Vital Congregations.