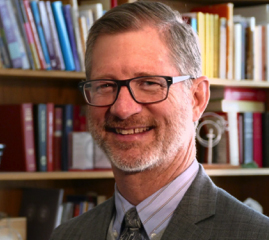 In addition, John has partnered with the UCC Board of Directors in providing oversight for the articulation of the denomination’s statements of Purpose, Vision and Mission – critical elements for the UCC’s evolving organizational strategy. To activate the new vision, John invited the denomination’s participation in a collective biennial mission initiative, Three Great Loves. In partnership with the UCC Board of Directors – and informed with responses from across the church to the question “what does a transformative UCC need to be in ten years?”-- John has called the church to accomplish essential strategic priorities over the next 10 years to position the church for a transformative future. These include attaining inclusive excellence, developing robust technology infrastructure that benefits every expression of the church, curriculum and training towards “A Just World for All”, strategic organizational alignment consistent with purpose, vision and mission, and platforms to foster and encourage innovative church.

Church, Rev. Blackmon served in various ministry capacities for 9 years, prior to becoming ordained in the United Church of Christ and installed as the first woman and 18th pastor in the 162-year history of Christ The King United Church of Christ. A registered nurse with more than 25 years of healthcare experience, Rev. Blackmon's clinical focus was cardiac care and in later years her focus shifted to mobile healthcare in underserved communities with the greatest health disparities in her region. She earned a Bachelor of Science degree in Nursing from Birmingham - Southern College (1985), and a Master of Divinity degree from Eden Theological Seminary (2009).

As pastor, Rev. Blackmon leads Christ The King in an expanded understanding of church as a sacred launching pad of community engagement and change. This ethos has led to a tripling of both membership and worship attendance over the last seven years, expanding membership engagement opportunities, and the establishment of community outreach programs. Community programming includes a computer lab, tutoring, continuing education classes, summer programming, a robotics team, children's library and girls' mentoring program, all housed in the church.

A featured voice with many regional, national, and international media outlets and a frequent contributor to print publications, Rev. Blackmon's communal leadership and work in the aftermath of the killing of Michael Brown, Jr., in Ferguson, MO has gained her both national and international recognition and audiences from the White House to the Carter Center to the Vatican. She was appointed to the Ferguson Commission by Governor Jay

Nixon and to the President's Advisory Council on Faith-Based Neighborhood Partnerships for the White House by President Barack H. Obama. Rev. Blackmon co-authored the White Privilege curriculum for the United Church of Christ and toured the nation with Rev. Dr. William Barber of Moral Mondays and Repairer of the Breech, Rev. Dr. James Forbes of The Drum Major Institute and pastor emeritus of The Riverside Church in New York, and Sister Simone Campbell of Nuns on the Bus proclaiming the need for a Moral Revival in this nation.

Rev. Blackmon currently resides in both St. Louis, MO and Cleveland, OH and was named 2017 Citizen of the Year by The St. Louis American and as one of St. Louis' 100 most influential voices. Rev. Blackmon is the proud mother of three adult children: Kortni Devon, Harold II, and Tyler Wayne Blackmon.

The Rev. Karen Georgia Thompson is the United Church of Christ’s Associate General Minister, Wider Church Ministries and Operations and Co-Executive for Global Ministries with the United Church of Christ and the Christian Church (Disciples of Christ). She is an inspiring preacher and theologian, who shares her skills and gifts in a variety of settings nationally and internationally, often using her poetry as a part of her ministry.

Rev. Thompson served in the national setting of the United Church of Christ for 10 years – two years as Minister for Racial Justice and 8 years as Minister for Ecumenical and Interfaith Relations. She led the UCC’s Sacred Conversations on Race, facilitating trainings and workshops across the life of the denomination for congregations and conferences. Her passion moved her work on behalf of the UCC into a global context, affording the opportunity to participate globally in efforts to reduce the marginalization experienced by African descendant peoples and other communities globally.

Before joining the national staff, Karen Georgia served in the Florida Conference United Church of Christ as a Pastor and on the Conference staff as the Minister for Disaster Response and Recovery. She also worked in the nonprofit arena for over 10 years in senior leaderships positions.

Karen Georgia earned a Bachelor of Arts from Brooklyn College in New York, a Master’s in Public Administration from North Carolina Central University in Durham, NC, and a Masters of Divinity from Union Theological Seminary in New York. She also studied Public Policy at Duke University and earned her Doctorate in Ministry at Seattle University.