Affirmative action is a policy or a program promoting the representation in social institutions of groups of people who have been traditionally and systematically discriminated against.

As people of faith who strive to cultivate the Beloved Community, our General Synod supports affirmative action, because our nation cannot be completely free without all people’s sharing the same rights and equal access to opportunities for advancement and equitable treatment. It is about more than diversity, for it is in fact a moral obligation to racial equity.

Why is it an issue of faith?

All people are created in the image of God (Genesis 1:27). The history and legacy of discrimination in our social institutions denies honor to God. We are called to do justice, love kindness and work humbly with our God (Micah 6:8). We are called to repentance and reconciliation by remedying the destructive impacts of systematic and compounded discriminations accumulated across generations.

Aren’t we “post-racial” yet?

The term "post-racial" may be used by individuals to express their sincere intention and desire that there is no more racism in our society. However, it does not describe the reality of racial disparities found in education, employment, housing, health and so on. It does not speak to the destructive impact of institutional rules, policies and structures that appear on the surface to be race-neutral in discrete entities (e.g. schools, districts). Structural racism is the cumulative effect of racial inequity in multiple institutions over time, and that is what Affirmative Action seeks to remedy.

The UCC historic policy based for Affirmative Action can be found in the General Synod resolutions regarding racial justice in 1971; racial and economic justice, women in church and society in 1975, implementation in the UCC, the church and persons with handicaps in 1979. The commitment to Affirmative Action in Church and Society was reaffirmed in 1981, and in 1995 in light of Supreme Court decisions.

1. Doesn’t affirmative action reward unmotivated people to get ahead in life?

Affirmative action only provides equal access and the fair chance to achieve success for underrepresented groups. It cannot guarantee that they will succeed, only that they are given the same opportunities that the White majority has. In reality, many underrepresented people can testify that they have to work twice as hard to prove themselves.

Among qualified candidates, school should be allowed to choose based on their institutional goal of increasing diversity. At a deeper level, the history and legacy of systematic discrimination means that our society is not purely based on individual merit.  People of color, women and the disabled have been put in positions by institutions that have not allowed them to maximize their full potential, and it would be unfair to judge people solely by their individual qualifications.

3. Doesn’t affirmative action punish Whites today for what happened hundreds of years ago?

While Whites today and virtually all of their ancestors never owned slaves, they benefit directly and indirectly from systematic racial discrimination.  They have less competition for school admission, jobs and government programs, which helped propelled many Whites and their descendants into the middle and upper classes.

Many non-Whites and their descendants were and still are systematically left behind and denied the same basic educational, economic, and other opportunities. The wide gap created by a racialized system which promoted the dominant culture, mostly White male, for several hundred years unfortunately would take time to be closed adequately, so that eventually all candidates can be judged soley on their individual merit.

Racial profiling is the targeting of particular individuals based on the erroneous assumption that persons of a particular race, ethnicity, national origin, or religion are more likely to engage in certain types of unlawful conduct.

It is the impermissible use of personal characteristics when there is no reliable information that links a person of a particular race, ethnicity, national origin, or religion to a specific incident, scheme, or organization.

Why is it an issue of faith?

In honor to our Creator God, we honor all human beings as being created in the image and likeness of God (Genesis 1:27). As people of faith, we are called to be in solidarity with all people, because God shows no partiality (Acts 10:34-35).

What does that really mean in real life?[i]

In addition, minority pedestrians are often subjected to suspicion-less stops-and-frisks, as shown in data collected through the NYPD and LAPD. Street-level law enforcement authorities are provided with wide discretion in community policing, which is often exercised to racially profile minorities who are perceived to be a threat to public safety even if they have done nothing wrong.

Religious profiling is sometimes used as a proxy for race, ethnicity or national origin.

Muslims and Arabs in the U.S. are being singled out for question and detention, on the basis of religion and national origin, by federal programs such as the National Security Entry-Exit Registration System (NSEERS), which requires certain individuals from predominantly Muslim countries to register with the federal government, be fingerprinted, photographed and interrogated.

Vast numbers of Hispanics – most of whom U.S. citizens or legal residents, are racially profiled.  State and local agencies target Hispanic individuals and entire Hispanic communities in a broad way to enforce federal immigration law, when several problematic collaborative programs with ICE are supposedly to be narrowly focused.

In addition, some state lawmakers undertake initiatives of their own that further encouraged racial profiling. For example, Arizona’s S.B. 1070 turns mere civil infractions of federal immigration law, such as not carrying registration papers, into state crimes, and gives private citizen the right to sue Arizona law enforcement authority if they believe that the law is not being fully enforced.

What kind of legislation is proposed in regard to racial profiling?

The End Racial Profiling Act (S. 1670) has been introduced to the 112th Congress in 2011-2012, and heard by the Senate Committee on the Judiciary. ERPA will create a federal prohibition against racial profiling, provide funding to train officials on how to end this practice, and hold law enforcement officials and agencies that continue to use racial profiling accountable.

[i] Restoring a National Consensus: The Need to End Racial Profiling in America by The Leadership Conference on Civil and Human Rights (Washington, DC), March 2012.

UNITED CHURCH OF CHRIST CALLED TO BE AN ANTI-RACIST CHURCH

WHEREAS, racism is rooted in a belief of the

superiority of whiteness and bestows benefits,

and European descendants; and

WHEREAS, the reactions of people of color to

racism are internalized through destructive

patterns of feelings and behaviors impacting

their physical, emotional, and mental health and

their spiritual and familial relationships; and

WHEREAS, through institutionalized racism,

WHEREAS, the United Nations World

Intolerance affirmed that racism has historically

through imperialism and colonization created an

governments, systems, and institutions; and

WHEREAS, the denomination has shown

leadership among many UnitedChurch of Christ

facilitators, and in general have made

dismantling racism a priority, there is still much

to be done. As we continue in this effort, the

work we do must reflect the historical and

present experiences and stories of all peoples

impacted by racism. We must work from a

paradigm reflective of the historical

relationships of racial and ethnic groups and

racial oppression within the UnitedChurch of

Christ and society; and

WHEREAS, the United States finds itself in

increased racial unrest during this period after

show that hate crimes and blatant acts of racial

violence doubled in number during the last half

of 2002 and are continuing to rise. These

mobilization within church and society as

we seek to do justice; and

WHEREAS, there are growing movements of

peace that have people of all races, backgrounds,

and ages involved, urging us to expand our

knowledge of what racism is and study its

ramifications on all people; and

WHEREAS, General Synods of the United

Church of Christ have, since 1963, voted eleven

denouncing racism, and it is time to honor

mandates and expectations of this body and of

THEREFORE LET IT BE RESOLVED, that the

United Church of Christ is called to be an antiracist

church and that we encourage all

Conferences and Associations and local

churches of the UnitedChurch of Christ to adopt

encourages anti-racism programs for all United

Church of Christ staff and volunteers; and

LET IT BE FURTHER RESOLVED, that

Conferences and Associations and local

churches facilitate programs within their

churches that would examine both historic and

contemporary forms of racism and its effects and

that the programs be made available to the

LET IT BE FURTHER RESOLVED, that

leadership in the development and

implementation of programs to dismantle

racism, working in partnership with the

Associations and local churches in developing

LET IT BE FURTHER RESOLVED, that the

Covenanted Ministries of the United Church of

Christ work in concert to dismantle racism in

church and in society and partner with

Conferences and Associations in sharing

LET IT BE FINALLY RESOLVED, that the

Justice and Witness Ministries will report the

progress of the development and implementation

of these programs at the Twenty-fifth General

Funding for the implementation of this

resolution will be made in accordance with the

overall mandates of the affected agencies and

The UCC Historical Council advocates on behalf of the following institutions that care for various aspects of United Church of Christ history and heritage:

The Archives of the United Church of Christ

The Church History Collection at Elon Archives contains the archives of the Christian Church until 1965 when the denomination became part of the United Church of Christ. Please click on the link above for more information.

The Amistad Research Center holds the records for the American Missionary Association as well as for the United Church Board for Home Missions offices that continued the work of the A.M.A. Please click on the link above for more information. 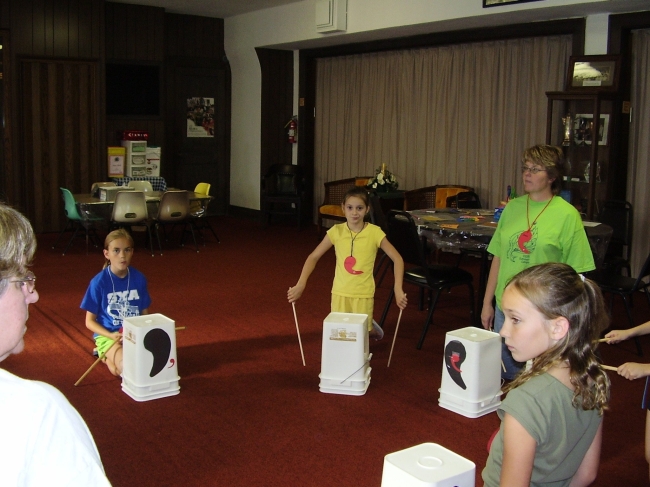 This learning design is for children pre-school through 5th grade, and it sure looks like they had fun!

It is a plan for a 3-evening VacationBibleSchool exploring themes from God is still speaking,

We’re not too young to listen and serve

Here are links to easy-to-reproduce materials and practical guidance to running the program with your group.

(See a VBS design from the same trio exploring identity in light of God is still speaking,
Vacation Bible School)

We don't have all the answers! Check out the work of the following organizations. This list gives some of the organizations and websites that staff of the UCC refer to when we receive election-related information requests from our members.


Think out of the box

Likewise, First Congregational Church, UCC, Stoughton bought a billboard ad, after deciding on the best location and learning about its views-per-day statistics.

Try this variation from Stillspeaking:

Some churches or groups of churches are buying 4 to 8 page inserts though their local newspaper. When you do this, you can determine the specific zip codes you want to deliver it to. Many areas have highly affordable rates.

Put the Stillspeaking colors and images on your building, on your desk, on your table, on your body. The better and more often you connect with the brand, the more likely people who recognize the United Church of Christ will connect with you.

We’ve kept United Church of Christ Resources (a.k.a. the warehouse) busy with sales nearly 4 times larger than expected, and last December stuff was flying off the shelves! We have sold more than $431,000 in Stillspeaking products - $187,000 went to fundThe Stillspeaking Initiative.

All our vendors are sweat free

Many vendors tithe to The Stillspeaking Initiative 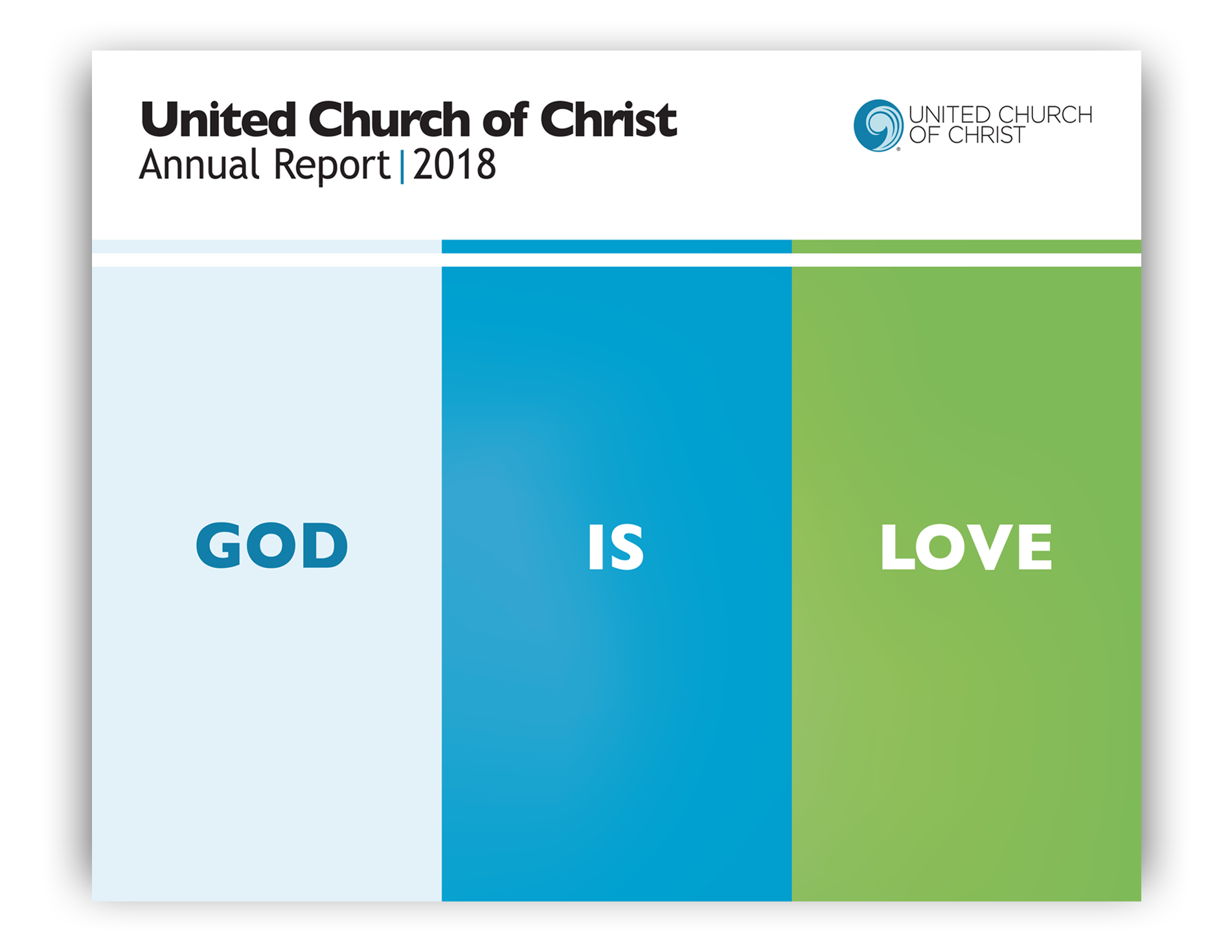 Hear a call to extend extravagant hospitality in Jesus' name? Want to build and claim your identity as part of the United Church of Christ? Burn with energy for invitation, welcome, mission? Like to have fun? These tools are for you.