Deeply connected to the recently renewed dialogue about the criminal justice system and the pressing need to address the reality of mass incarceration are issues at the core of our faith tradition. Our understandings of justice, healing, restoration, reconciliation, redemption and transformation are important spiritual resources for us as we wrestle with these issues. Indeed, as people of faith, we are called to this conversation in a significant way, on multiple levels of systemic change, public policy change and individual change.

The teachings of the Gospel particularly challenge us to engage these realities in ways that take us beyond the surface and into true encounter with Jesus. In Matthew we hear Jesus proclaiming, “When I was in prison, you visited me.” It is easy to glide past these words, but their import is powerful.

“When I was in prison, you visited me.”

In the lives and faces of those who fall into the criminal justice system, we encounter Christ. Even in the midst of profound brokenness. We are challenged to seek out the image of God in this complex and challenging context. We cannot enter the conversation at arms-length. Because we are followers of Jesus, we are called to be present as ambassadors of healing, restoration and justice in jail cells, courtrooms, booking rooms, prison yards and detention centers. 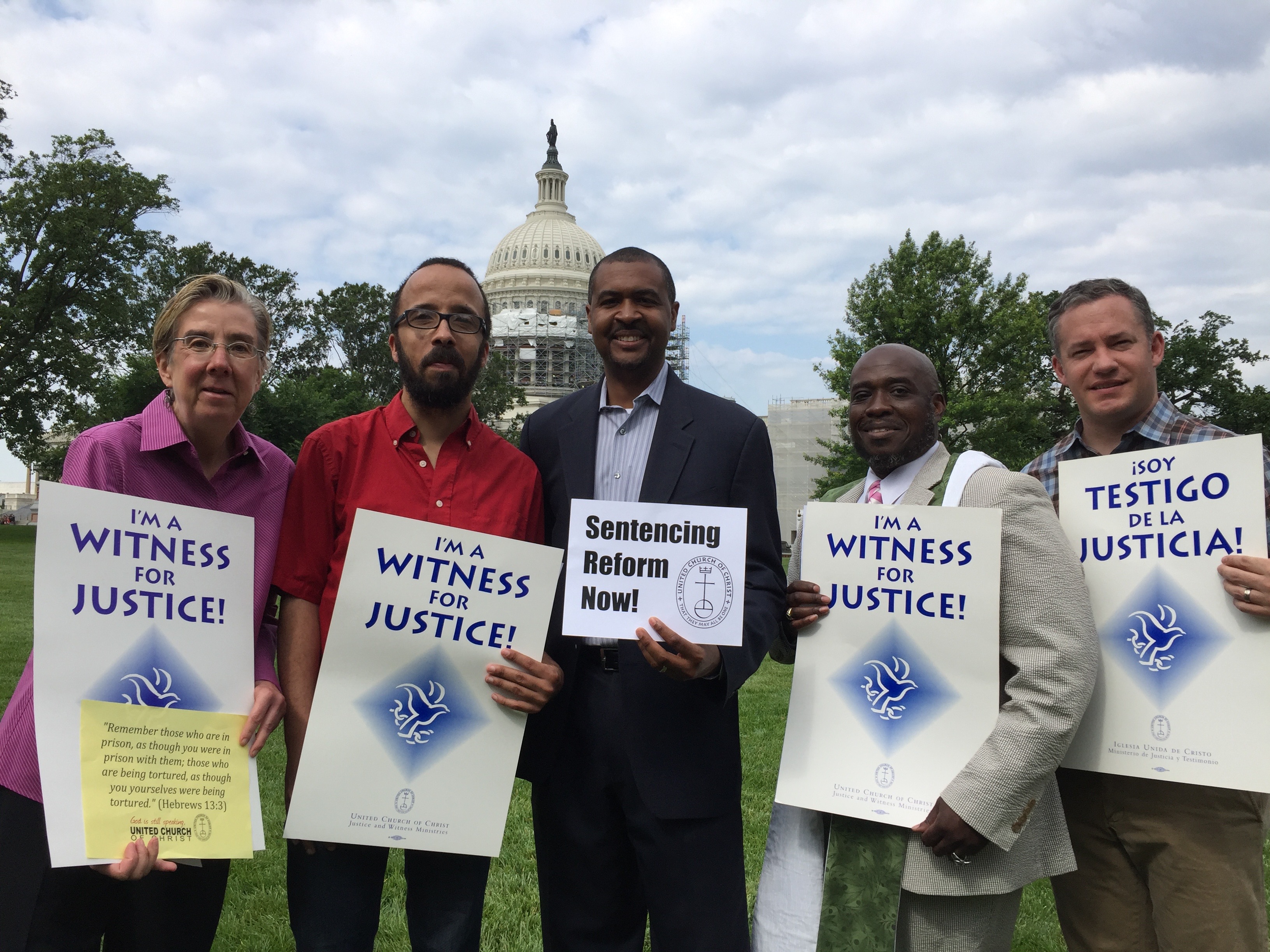 Commentary: A call to action opposing mandatory minimums for drug crimes
May 15, 2017
The United Church of Christ remains a faithful witness and advocate for criminal justice reforms and an end to the disproportionate number of people of color within the prison industrial complex.

Racial justice proponents reject new Department of Justice guidelines on criminal punishment
May 12, 2017
Critical of new guidelines from the U.S. Department of Justice outlining tougher punishments for nonviolent drug offenders, United Church of Christ racial justice leaders are calling on the wider church to protect vulnerable communities and to renew their commitment to justice to create a just world for all.

Download our 1-page resources on criminal justice for use in your congregation:

“When I was in prison….”: Our Faith and the Criminal Justice System
A primer by Sandy Sorensen, Director of our UCC Washington Office. In it she looks at our criminal justice system, our call to stand with those in prison, and the momentum building for change

The state of our criminal justice system

More than 2.2 million people are currently incarcerated in the United States today, according to the U.S. Department of Justice Bureau of Justice Statistics.  About 1.5 million are in federal or state facilities for adults.  The remainder are in local jails, juvenile facilities, military prisons, jails on Indian reservations, or immigration facilities. This is not the full picture, however.  More than 5 million additional persons are under Justice supervision, either on probation or on parole.  The number of people currently active within the system is over 7 million.

The number of U.S. prisoners continues to grow.  The prison population has more than quadrupled since 1980, and has risen sharply for women and youth.  Greatest increases are in the South and West regions, but the general trend is consistent across all states. Approximately 1 in every 100 men and 1 in every 1,700 women in America resides in a federal or state facility.  If this trend persists, we can expect that one in every 20 of America's children will serve time in a state or federal prison.

The General Synod of the United Church of Christ has established a policy base calling for reformation of the nation's justice system, with specific attention to promoting training and rehabilitation of inmates; reduction in mass incarceration, especially through alternative sentencing; attending to race and class bias in arrests and sentencing; opposing excessive bail; opposing the growth of the prison industrial complex; and calling for increased public awareness of prison conditions.