Urging the United States to oppose “Israeli annexation of occupied Palestinian lands,” leaders of the United Church of Christ and the Christian Church (Disciples of Christ) have encouraged church members to study and act on a new ecumenical “Cry for Hope” to "end the oppression of the Palestinian people.”

United Church of Christ members and friends from around North America gathered online to mark Juneteenth by lamenting violence against black bodies, honoring ancestors and freedom fighters, connecting with Mother Africa and hearing how to take action for justice.

The United States is in danger of abandoning two long-held commitments – welcoming the stranger and struggling for civil rights – and replacing them with fears of immigrants and people of color. The church should be a leader in preventing that. Those were the central messages from the Rev. John Dorhauer, general minister and president of the United Church of Christ, in recent speeches to two partner-church audiences in Germany.

North Americans can do two things to help Global Ministries church partners tackle the problems they face every day in India and Sri Lanka – giant problems like poverty in slum communities, human trafficking and the shackles of caste: support education, and pray in solidarity.

Two U.S. denominations are urging their members and congregations to learn about Southern Asia, pray for its people, connect with churches there on joint projects, and even engage in "people to people pilgrimages."

Wider Church Ministries of the United Church of Christ supports congregations and other settings of the church in developing relationships with a wider church that is global, multiracial, and multicultural, open and affirming, and accessible to all. Our Associate General Minister is Rev. Dr. Karen Georgia Thompson. 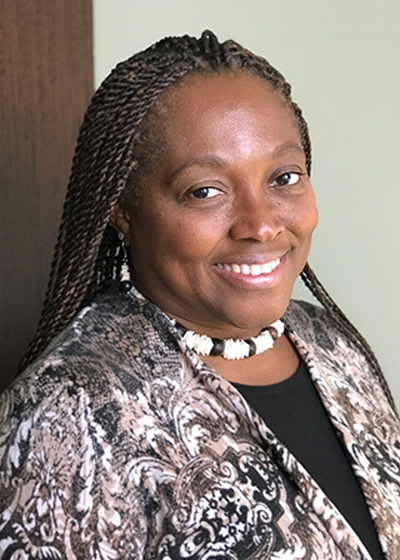 The Rev. Karen Georgia A. Thompson serves as Co-Executive of Global Ministries and Associate General Minister for Wider Church Ministries and Operations. She has served in the national setting of the United Church of Christ for 10 years - two years as Minister for Racial Justice and 8 years as Minister for Ecumenical and Interfaith Relations where she was instrumental in reshaping the ecumenical and interfaith efforts of the WCC. Her years in the global ecumenical community led to her service in the leadership of the National Council of Churches, World Council of Churches, and other global and national ecumenical and interfaith bodies. Her passion for racial justice moved her work on behalf of the UCC into a global context, affording the opportunity to participate globally in efforts to reduce the marginalization experienced by African descendant peoples and other communities globally. Before joining the national staff of the UCC, Karen Georgia served in the Florida Conference United Church of Christ as a Pastor and on the Conference staff as the Minister for Disaster Response and Recovery. She also worked in the nonprofit arena for over 10 years in senior leadership positions.

Karen Georgia earned a Bachelor of Arts from Brooklyn College in New York, a Master’s in Public Administration from North Carolina Central University in Durham, NC, and a Masters of Divinity from Union Theological Seminary in New York. She also studied Public Policy at Duke University and earned her Doctorate in Ministry at Seattle University.

Missionaries in Turkey build on trust, character and empathy

Ken and Betty Frank are Christian missionaries in Istanbul, Turkey. So is Alison Stendahl. All three serve with Global Ministries, the common world ministry of the United Church of Christ and the Christian Church (Disciples of Christ). And they serve in a secular Muslim country.

All three serve because their presence was requested by a Global Ministries "partner," one who appreciates the Christian missionaries' influence far beyond their slim numbers.

In 1921, at the zenith of its overseas missionary activity, the American Board of Commissioners for Foreign Missions (ABCFM), a Global Ministries' predecessor, had 728 full-time missionaries serving around the globe. By 1966, that number had slipped to 480.

Today, Global Ministries has only 81 full-time missionaries serving abroad - and that number may drop before it increases. Budget shortfalls in the UCC and Disciples mean tough choices ahead. No new missionaries have been commissioned in the last two years, and the number of missionaries has dropped due to retirements and resignations.

Around 1914, according to Brian Johnson, the American Board's archivist today in Turkey, it employed 174 American workers. These included about 133 missionaries, who worked at 17 principal ABCFM stations, 256 sub-stations, one publishing department, nine hospitals and 426 schools with more than 25,000 students.

Today, Turkey still has more Global Ministries missionaries than most countries, but they number only three. Ken and Betty Frank serve as co-general secretaries of the Near East Mission in Istanbul and work in ecumenical and interfaith relations.

Alison Stendahl is academic dean at Üsküdar American Academy and teaches mathematics. Alison Stendahl arrived in Turkey in 1980, the Franks two years later. All three served first in Izmir, and later moved to Istanbul, Stendahl in 1982, the Franks only recently. Besides their primary responsibilities, each has special concerns: Stendahl for Turkish-Armenian reconciliation, Betty Frank for education in Turkey and peace-and- justice issues, and Ken Frank for Christian- Muslim relations, about which he has co-authored a book, "Visible Islam in Modern Turkey," with Adil Ozdemir.

On a daily basis, the Franks work with a partner organization made up of secular Muslims on the running of three schools, a hospital and a publishing house. "All of these were started by our 19th century predecessors, and all continue today because of the Turkish people who run them and think that they should go on," says Betty Frank, "and most of these people identify themselves as Muslim."

This "partnership" relationship with a secular Muslim group is unique among Global Ministries' missionaries. It evolved even as the concept of partner church itself was evolving. Historically, AFCFM missionaries went out in response to Jesus' commandment (Matthew 28:19, KJV) to "go ye therefore, and teach all nations." As these new Christians began to run their own churches, the sending church body began to take its cues from the receiving churches as to what newly arriving missionaries should be doing.

The UCC and the Christian Church (Disciples of Christ) formally combined their global mission work in the Common Global Ministries Board in 1996, even though joint work and cooperation dates back as far as 1967.

In Turkey, in the meantime, for various reasons the American Board's responsibility for running its schools, hospital and publishing house were gradually being taken over by the Health and Education Foundation (or SEV, its Turkish acronym). Today SEV has a $30 million annual budget.

"The foundation is far bigger than what missionaries and the American Board created," says Ken Frank. "So, if you look at it from the perspective of what the missionaries started in health and education, it's a huge success."

Although Ken Frank is legally responsible to the Turkish government for the American Board schools, he knows that all three missionaries serve at the request of SEV, acting as a "partner."

"Every so often I remind them that any time that they don't need us here, we'll leave," he says, "and they keep saying, 'We need you here.'"

"We want our tie with the American Board," says Ziya Köseoglu, SEV's general coordinator. "These schools gave Turkey a leadership edge, providing Turkey with educated leaders who could speak English. They also emphasized basic values, especially in terms of serving the community. Instead of saying, 'What's in it for me?' our students learned how to serve without expecting anything.

"In some parents' eyes, schools are successful if their students get into the university, but not here," he says. "Our students are prepared for life. Why would we want to give up our ties with this heritage?"

Interfaith relations are at the heart of what all three do, but it is not programmatic. "Even though Turkey's population is 99 percent Muslim and it is constitutionally a secular state," Ken Frank explains, "everyone - the government, the Orthodox Christian church, and the secularists - would be very suspicious of anything too explicit."

"The best interfaith relations are built on trust, good character and empathy," he says. "If you can build these things among people of different religious, ethnic and national backgrounds, then you are participating in the realm of God."