Youth at Synod learning how to ‘be the church’ 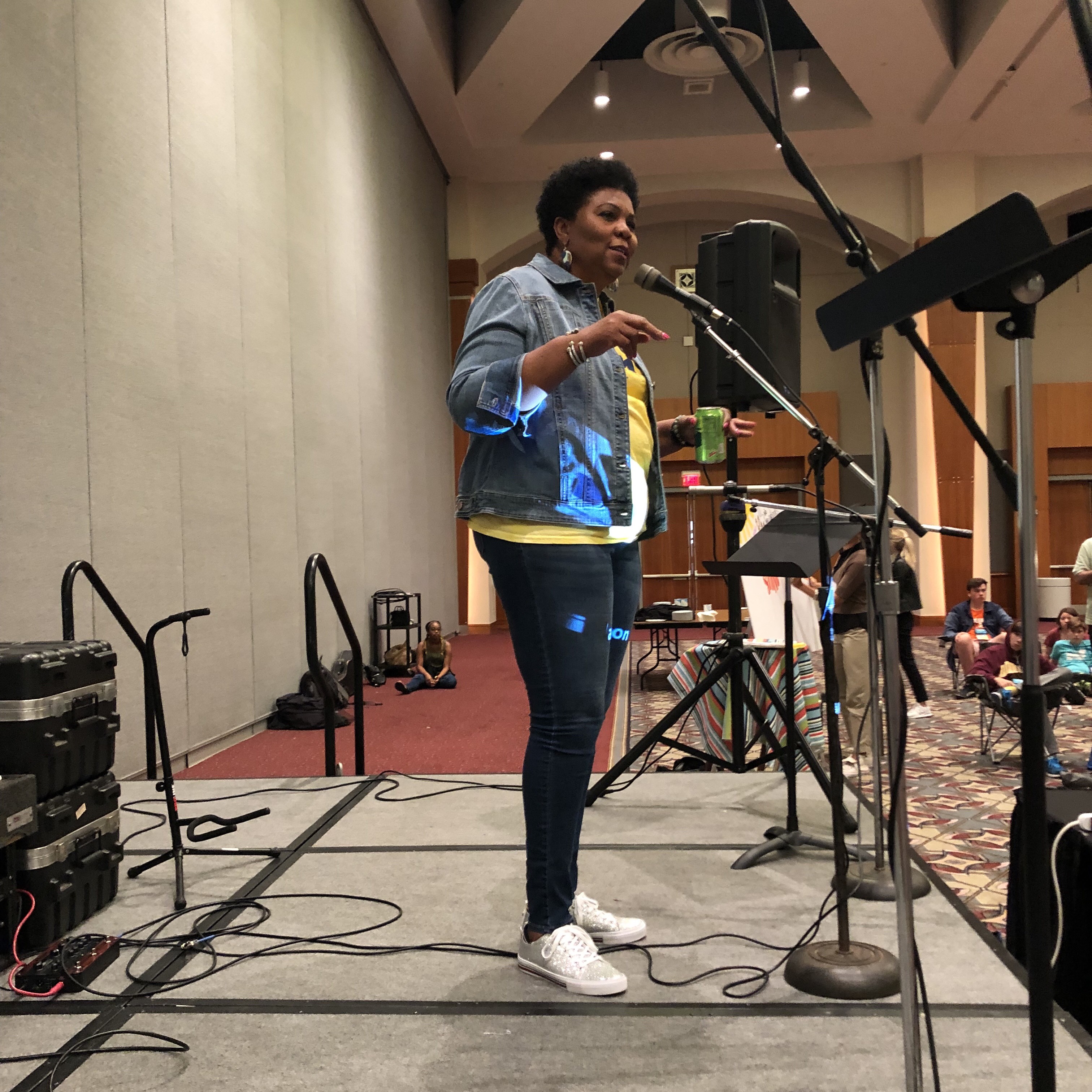 Echoing a well-used phrase, the Rev. Traci Blackmon told a United Church of Christ Youth At Synod group Friday evening, “You are not the church of the future. You are the church of today.”

That present church includes music, pizza, and folding camp chairs with puff paint designs. That present church also includes people who are already addressing some of the issues before the denomination’s biennial meeting this week in Milwaukee, Wisc.

“This program is a great way for youth to get a sense of the wider church and to experience the life of the church in their local congregation,” said organizer the Rev. Barbara Kershner Daniel, pastor of Evangelical Reformed Church in Frederick, Md. “It’s also a great leadership opportunity. They are watching how business is done, they are watching the work of the church, but also have this experience speaking to an issue with their own voice. It sends a message that the church cares and they can be their authentic self.”

In addition to social activities and meetings, youth participants are collaborating on responses to three resolutions that are on the Synod’s agenda. The first response is expected June 22, during the Saturday morning plenary when a group will address a resolution calling for an end to the practice of separating immigrant children from their families. 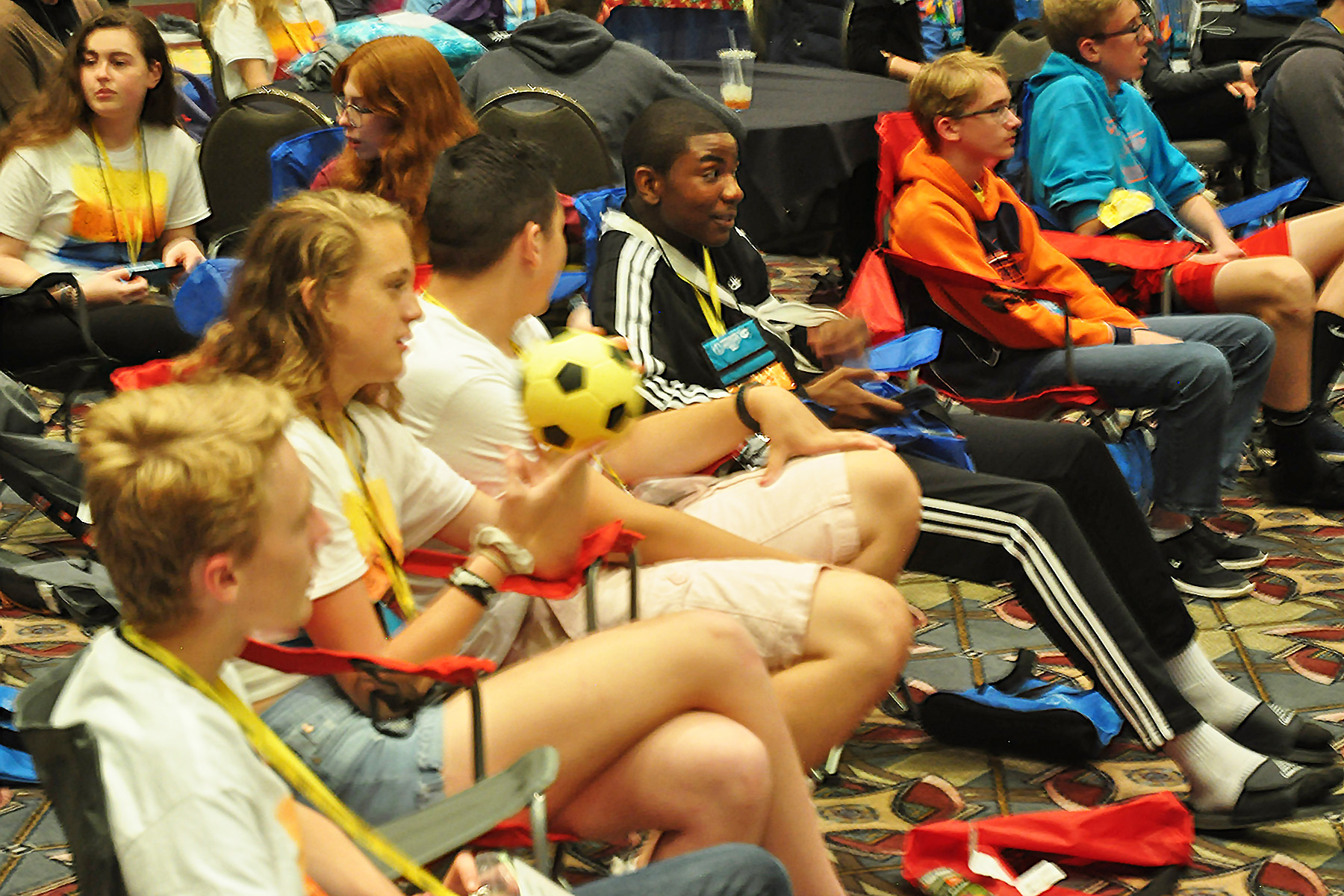 For Saturday’s resolution, several in the group began work early Friday researching the issue, the rationale for the church’s response and how they would speak to the delegates. Along with the Bible verses mentioned in the resolution text from Matthew and Luke, Ben Mercier, from Evangelical Reformed Church in Frederick, Md., also noted Deuteronomy 24: 17, which commands “You shall not pervert the justice due to the sojourner.”

Emma Davis, also from Evangelical Reformed Church, added, “We are all God’s children and God’s creation. It should not matter what race or where we’re from. We’re all His.”

David and Mercier recalled their experiences at Youth at Synod in 2017. “We were cheered at Baltimore. We were listened to as adults.” They also learned important lessons.“Use your three minutes wisely.” Others including gathering information, organizing your presentation and they even added time cues in their presentation to make sure they were not taking too long. 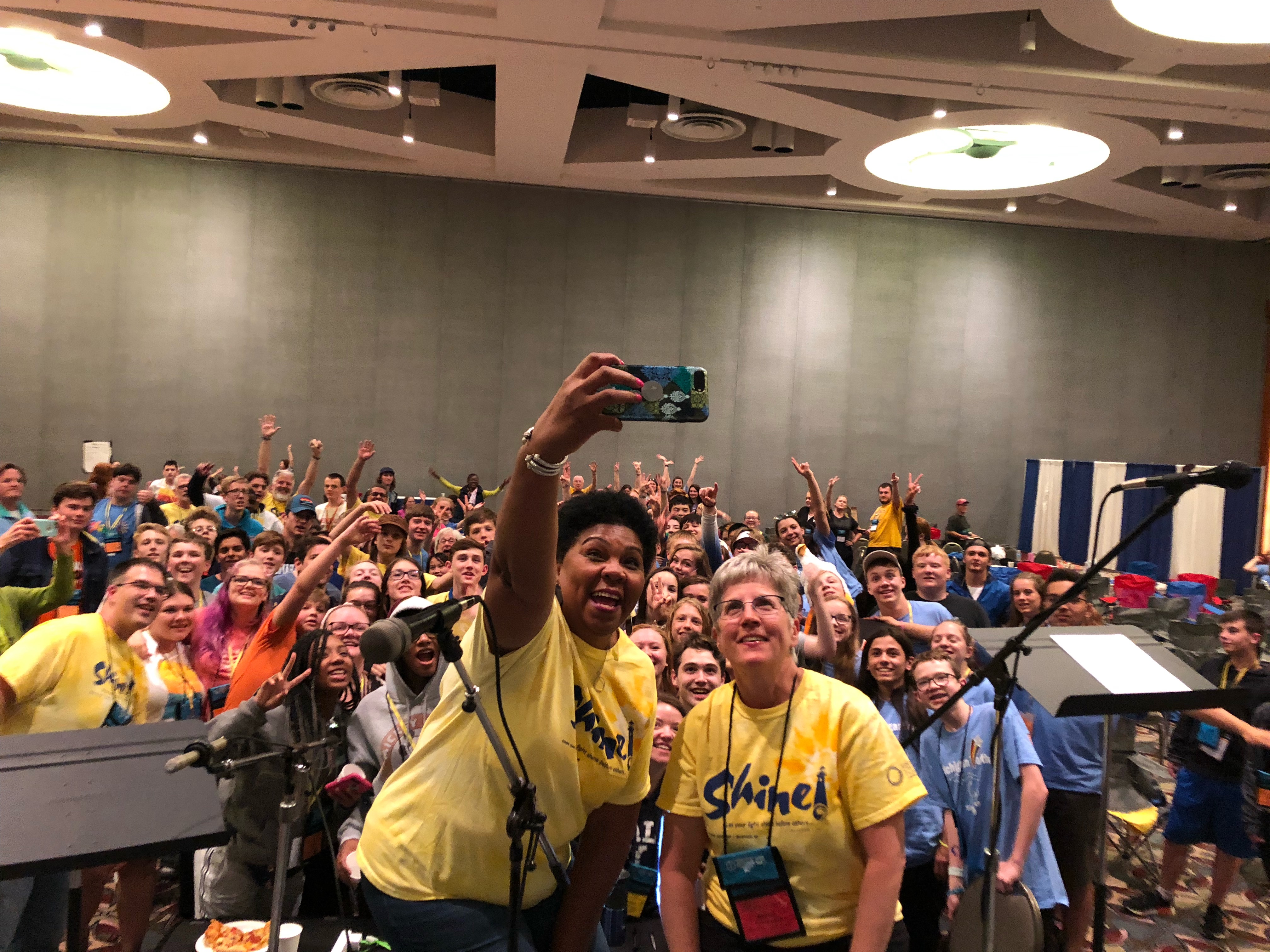 Other youth participants will speak to resolutions on the use of Styrofoam and denouncing white supremacy.

Blackmon, the denomination’s Associate General Minister for Justice and Local Church Ministries, expressed her admiration during her meeting with the young people. “Of all the things that touch my heart, the thing that touches my heart most is spending time with you.

“The work of the church must be influenced by the phenomenal work of the people in this room,” Blackmon continued. Recalling her work advocating for justice, she observed that “every successful move for liberation in this country has been led by young people.”

Blackmon also discussed the re-emergence of the denomination’s publishing house Pilgrim Press, the oldest publishing house in North America, now restyled “pilgrim press.” The change from a capital ‘P’ to lowercase ‘p’ reflects the role of the pilgrim as a “wanderer,” not a “discoverer.”

“Now that progressive and liberal voices are being silenced and talked over, it is important that we have a different interpretation of what we are getting (from other media),” she said.

“We still have a voice and we are going to use it. The United Church of Christ has a message that everybody needs to hear.”