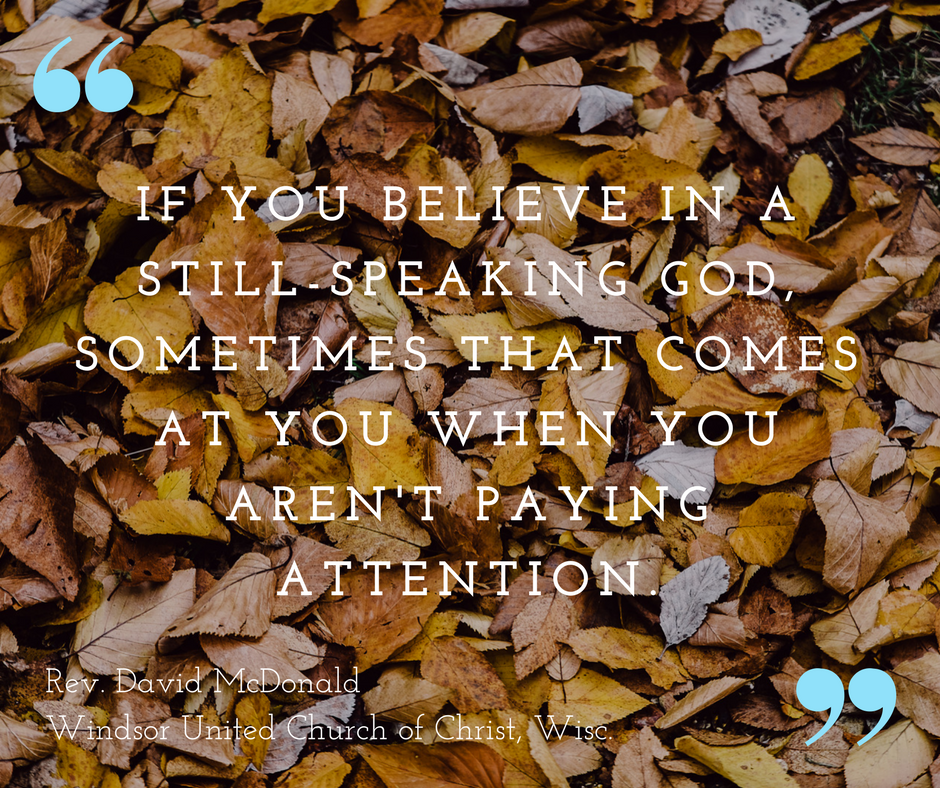 The members of Windsor United Church of Christ are changing up how best to use the money raised from its annual Fall Festival. Typically, those dollars are used toward the church's expenses — helping pay bills and offsetting the other ministry costs. But this year, after a series of hurricanes rocked the southern United States and the Caribbean, the small Wisconsin congregation wants to share the dollars it collects this weekend, earmarking the money for relief and recovery in an effort to create a just world for all.

"We talked for years about the use of fundraising proceeds, and whether it should go to mission or stay locally," said the Rev. David McDonald, senior pastor at Windsor UCC. "This year, we saw the money could have a more faithful use to meet an overwhelming need for a long period of time."

Windsor UCC's Fall Festival, which takes place Sept. 23, includes craft and bake sales, vendor fairs and silent auctions, culminating in an all-you-can-eat pork dinner. McDonald said that a suggestion came up during Labor Day weekend to donate the money, and the congregation members discussed it.

"I asked if there was any objection, and there wasn't," McDonald said. He added that he made everyone aware that it would leave a hole in the church budget, and multiple families have pledged to step up to fill the void.

McDonald has done mission work in Haiti before, so the congregation was aware of international ministry in the Caribbean and sought to stretch how it does "church."

"Our church is almost 160 years old and has billed itself as a small community church, but were not — we're a community church," McDonald said. "In the last couple of years, people have been saying we need to be focused on what happens outside of our walls. This was the right thing to do, it was outside of comfort zone, and I told people, 'If you believe in a Still-speaking God, sometimes that comes at you when you aren't paying attention.'"

The congregation hasn't decided where to distribute the money, but McDonald expects it will be sent throughout the affected areas. Given the recent damage caused by Hurricane Maria in the Caribbean — Puerto Rico is without electricity and could be for months — McDonald said it's possible that Windsor's fundraising efforts will continue through the fall and spring.

The Fall Festival usually raises about $10,000, but with more publicity behind the event this year and a cause to help people who have lost their homes and belongings, Windsor UCC is hoping to raise more.

A UCC appeal set up donation funds to help those recovering from Hurricane Harvey and Hurricanes Irma and Maria.