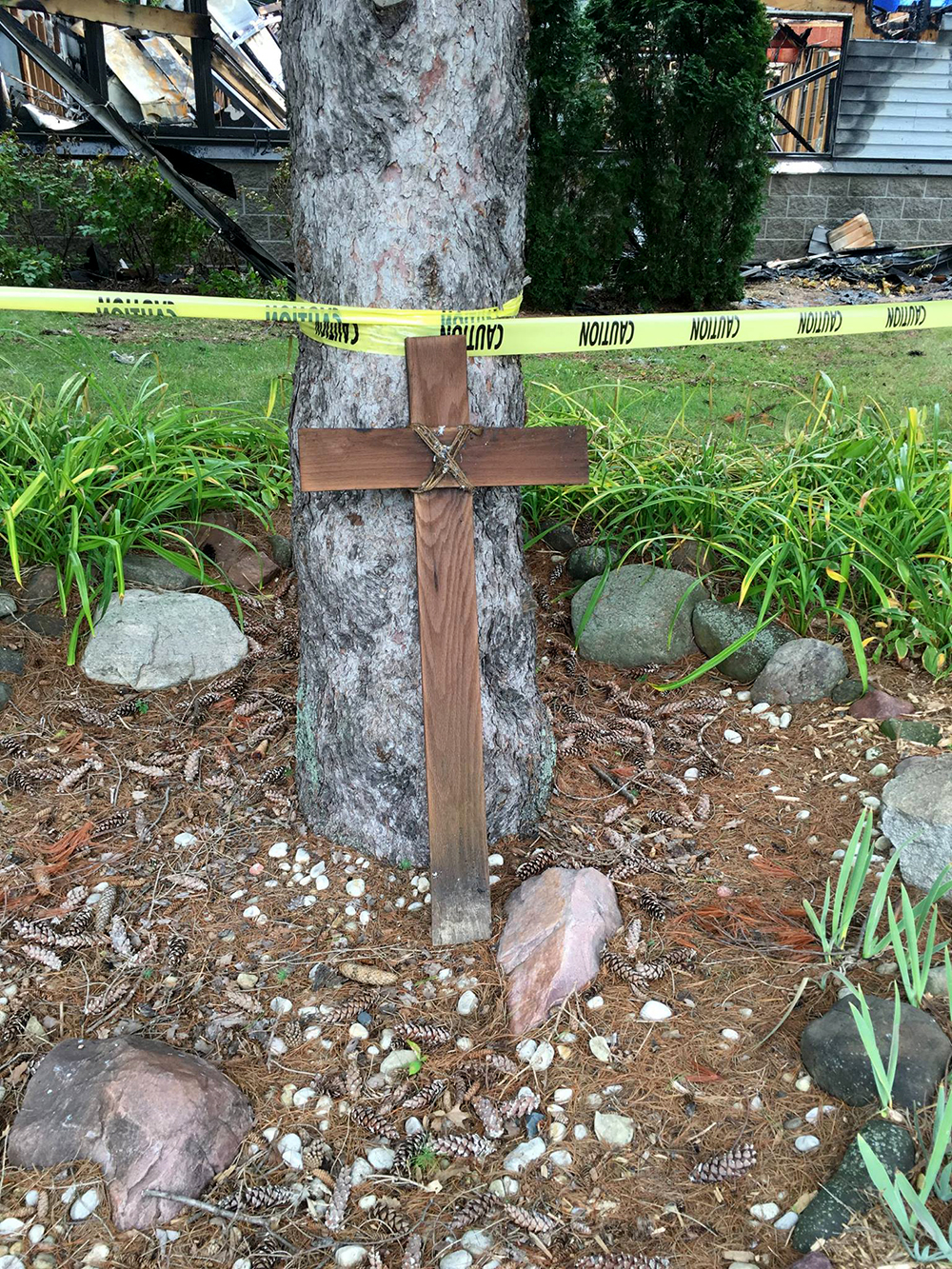 The chapel of Plymouth Congregational Church in Eau Claire, Wis., was spared serious damage during a fire last week. But the west end of the building — which housed the congregation’s offices, fellowship hall and kitchen — was destroyed by the early morning blaze that collapsed the building’s roof and has left the structure unusable.

"A neighbor saw the flames and called the fire department at about 1:20 a.m.,” said Plymouth Congregational pastor the Rev. David Huber. "There were a lot of firefighters and fire trucks there, from many stations, and they worked valiantly and tirelessly for hours in the heavy rain and smoke. No one was in the building, and no firefighter was hurt, so we are thankful for that."

In all, 18 firefighters fought the flames that caused an estimated $600,000 in damage, according to Huber. The church was empty at the time of the fire, and the cause is under investigation. While the chapel sustained some smoke damage, it was protected by a fire wall that shielded the sanctuary from major damage.

The building is insured, which should cover the cost of rebuilding the church. Huber said the gutted structure will be torn down next week.

Plymouth Congregational was founded in 1885 as Second Congregational Church, and in 1957 changed its name to Plymouth when the UCC was formed. In 1995, the church built a modern handicapped-accessible structure in a secluded wooded lot on Moholt Drive. In 2007, after 12 years of worshiping in the fellowship room and saving money, the congregational built and paid for a long-anticipated sanctuary and had its first service in that new space on Easter Sunday, April 8.

While the building is lost for the time until it is rebuilt, the small, fierce congregation is moving forward. Said Huber, "God has carried us through many storms before, and will do so again so that the ministry of Plymouth continues!"