Welcoming immigrants 'the Christian thing to do' in Santa Fe 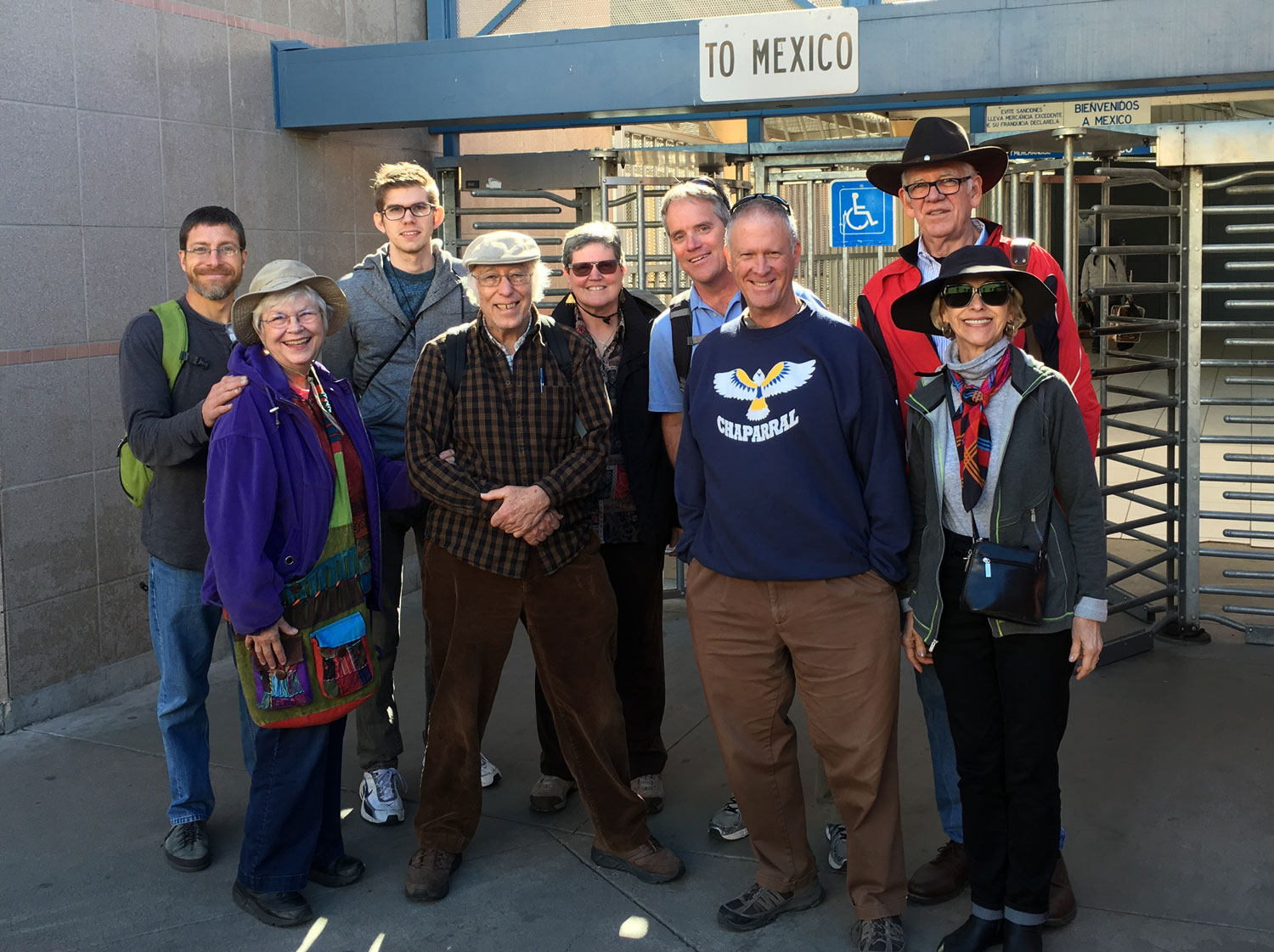 One week after President Donald Trump ordered a crackdown on Sanctuary Cities, the city of Santa Fe, New Mexico became one.  And it was no coincidence that almost two dozen members of the United Church of Santa Fe were in the room.

"Church members in the Southwest Conference are taking the faith-based case for extravagant welcome and immigrant rights to their elected and appointed officials," said the Rev. William M. Lyons, designated conference minister, Southwest Conference United Church of Christ. "We are marching in the streets and rallying in the airport and standing beside our Muslim sisters and brothers at local mosques."

Due to the advocacy of the people of the United Church of Santa Fe and their like-minded neighbors who provided testimony and community support, the City Council voted unanimously on Feb. 22 to reaffirm and strengthen the welcome of immigrants and refugees. And the church's work for a just world for all isn't stopping there.

"We've upped the ante in response to what's going on in the national conversation," said Michael Buttram, United Church's minister of community engagement. "We hosted two Congregational Conversations on immigration to hear from members and friends regarding where they stand, individually and collectively, on immigration issues. We formed an Immigration Study Group with the purpose of researching the issues and defining how we can most effectively support ongoing nonprofits and grass-roots efforts to educate and support immigrant communities, identify gaps in services and resources that exist to serve immigrants and help to bridge those gaps and seek out opportunities to push for a more humane agenda by leveraging the financial argument." 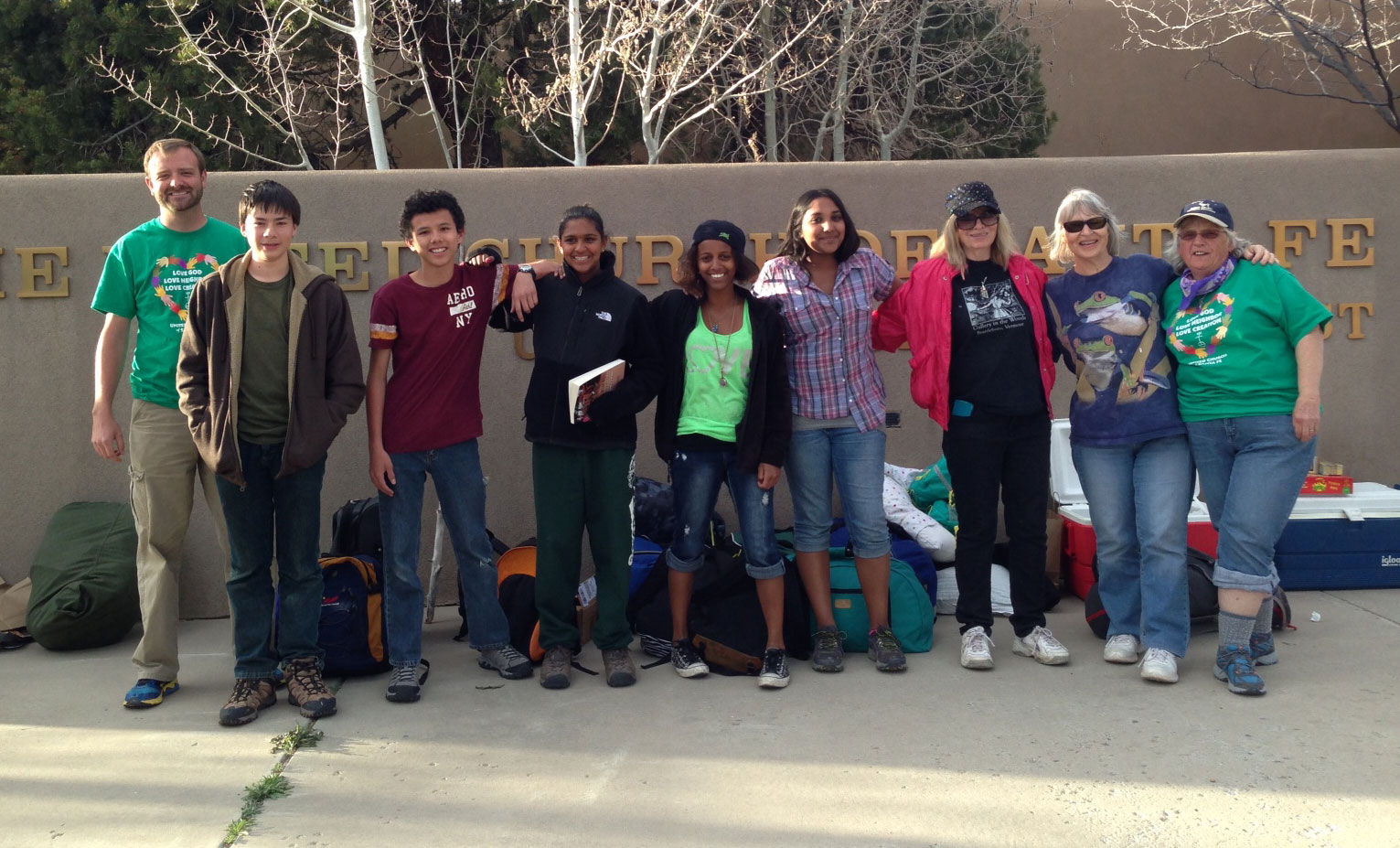 United Church is deeply entrenched in social justice around the rights of immigrants and refugees. Since 2003 the church has offered Border Immersion Experiences for both youth and adults along the Arizona/Sonora border. This month Buttram is leading a group of 14 youth and adults to the area to witness Operation Streamline proceedings, hear from the Sierra Club regarding environmental impacts of border policy, and to volunteer with Tucson Samaritans, supplying water and first aid at stations along the migrant trails.

Santa Fe has a number of congregations and nonprofits who now share this mission, giving United Church opportunities to collaborate in 'Know Your Rights' workshops and helping people learn the nuances of drafting a family plan. In addition, Arnold said, some church members are going to participate in "rapid response" training in preparation for possible ICE raids.

"We are spearheading training a massive community force of people who can go out and train all sorts of stakeholders about knowing their rights and what they can or can't do as far as ICE and immigration law enforcement is involved," said Allegra Love, an immigration attorney, and director of The Santa Fe Dreamers Project. She is spearheading the project in conjunction with the New Mexico ACLU and the grass-roots organizing group, Somos UnPueblo Unido.

"Sanctuary does not keep ICE out of a city and we need to all be ready to protect our neighbors from raids and arrests," Love continued. "We are going to be training immigrants, of course, but also churches, schools, businesses, and construction sites."

United Church has also begun conversations about being a Sanctuary Church.

"The Church Council spent the major part of its February meeting discussing a variety of immigration/refugee related issues, including the possibility of the church adopting a 'Welcoming Immigrant' statement," said the Rev. Talitha Arnold, senior minister of the United Church of Santa Fe. "The Council also voted to sign on to a national interfaith Amicus Brief concerning the travel ban."

"Resistance and protest happen in many ways," said Lyons. "Making our voices heard in legislative chambers and as friends of the courts is critical in these days of unprecedented assaults against human rights and gospel values."

"I think that is very important for Christian people to stand up to the religious right," said Love, who attends United Church because she "likes the vibe."

"We need to be examples to people of faith around the country who are following conservative party lines and say no, loving your neighbor, helping the most vulnerable among us, is the Christian thing to do," Love emphasized. "Plus helping our undocumented neighbors contributes to stronger economy, healthier families, a more sustainable community and interfaith groups are a huge part of any community in helping achieve those outcomes."

"We ground this process in the stories of our Christian faith and ask that folks consider how Jesus's message should play out in our individual and collective actions today," Buttram said. "We have a united front, a community effort and it's growing. It's been a pretty good thing here in Santa Fe."