The General Minister and President of the United Church of Christ, the Rev. John C. Dorhauer, is issuing a call to the denomination's local congregations to stand with Muslim people in response to planned anti-Muslim rallies across the country this weekend.

It has come to my attention that Islamophobic groups across the country are planning to protest outside mosques this weekend. Here is what Paul Raushenbush is reporting on The Huffington Post:

"Muslim-Americans are preparing to be visited by possible armed protests at mosques across the country. A small movement of self-described patriots is organizing a Global Rally for Humanity, which so far has resulted in 20 planned protests." 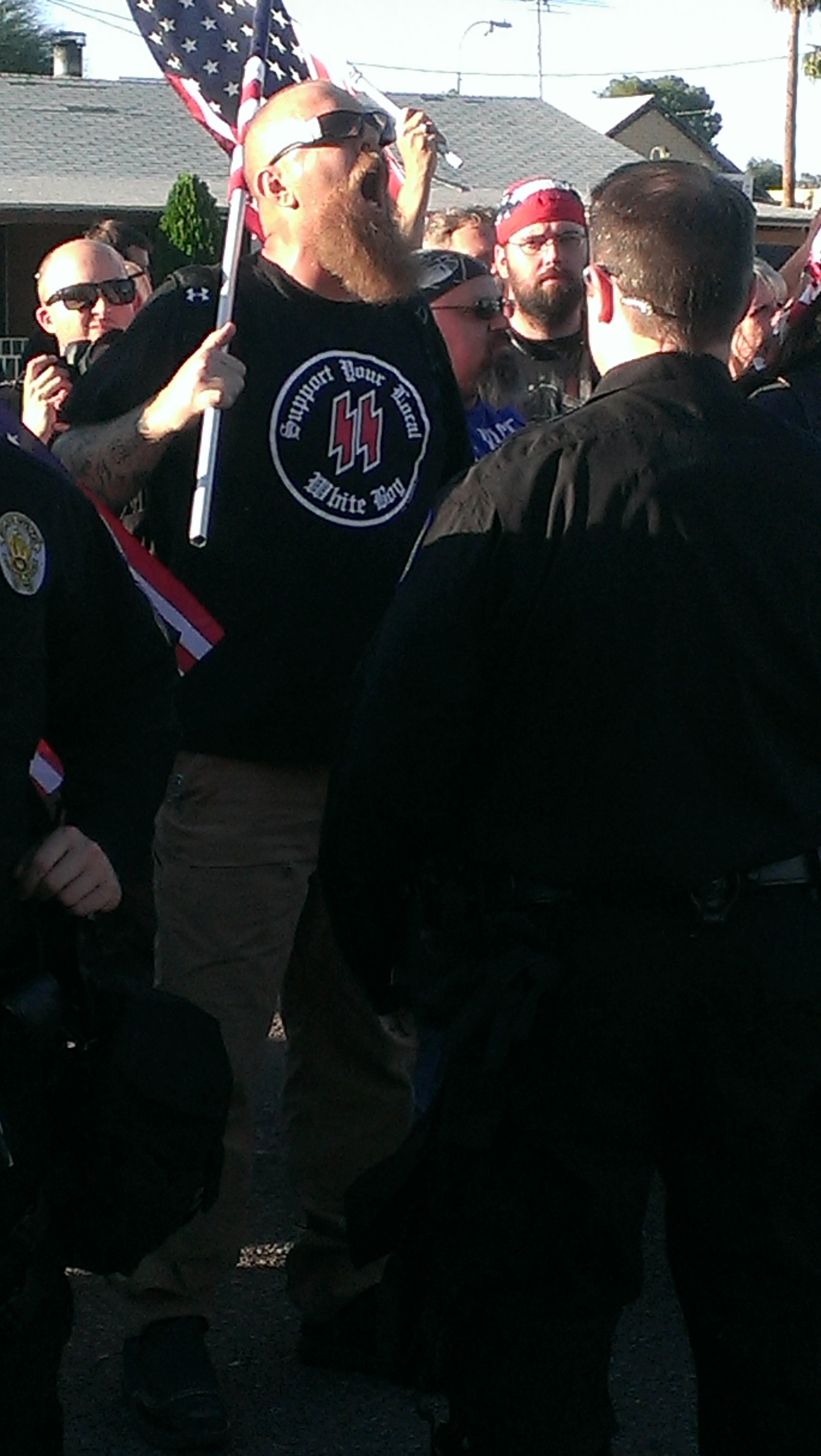 Anti-Muslim protestors rallying outside a mosque in Phoenix in May 2015.

It was only a few short months ago that I was part of a peaceful gathering outside an Islamic house of worship in Phoenix. Armed gunmen wearing neo-Nazi paraphernalia gathered across the street to express their "first and second amendment rights." They were loud, hateful, and frightening. I was part of an ad hoc gathering that, once we learned of the protest, stood between the armed hate-mongers and the Islamic center. We did what we could to shield the families of those who came to worship. Two nights after that, we were all part of a community interfaith worship service inside the same Islamic center.

I am calling on the leaders of the United Church of Christ to learn what they can about these protests planned for this weekend. I am calling on them to organize a planned response to any demonstrations in their community targeted at our Muslim brothers and sisters and their places of worship. I am calling on them to reach out to and contact the leaders of those worshiping communities and let them know that we stand in solidarity and support of them. Even if there is no organized protest in your community, please reach out to those leaders and let them know of your love and support. This will have a deep impact on all Muslims – whether they are specifically targeted for a protest or not.

These actions will be consistent with the UCC's 2011 General Synod resolution, "On Actions of Hostility Against Islam and the Muslim Community" and our 1989 affirmation of relationship with the Muslim community. You may also find useful this resource on Islam.

The Islamic Society of North America is also calling for a social media campaign using the #HateUnchecked hashtag at Friday at 3 p.m. EST to raise awareness about "the need to defend American religious freedom and the rights of all Americans to worship free of intimidation and threats."

Finally, I want to say as clearly as I can, and in no uncertain terms, that the United Church of Christ stands in full solidarity with people of the Muslim faith. Their contribution to religion, to peace, to humanity, and to the goodness of all is to be celebrated. The United Church of Christ deplores the narrow-mindedness that fails to see this and seeks instead to engender fear, hatred, and anxiety.