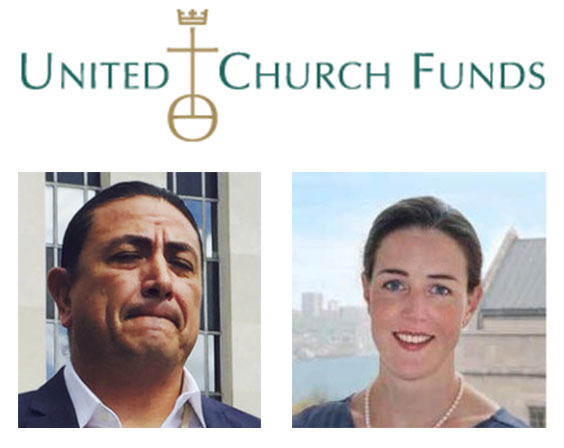 With support for the Standing Rock Sioux Tribe continuing to mount in opposition to the construction of an oil pipeline through the native community's North Dakota lands, tribal elders are seeing solidarity from the faith community in the fight against the oil industry. United Church Funds, a ministry of the United Church of Christ, welcomed tribal chairman Dave Archambault II to their offices in New York City to learn how it can help the Standing Rock Sioux Tribe protect the sacred grounds and waters from the Dakota Access Pipeline.

UCF hosted a group of investors, mostly from within the ecumenical community and the socially-responsible investing community, and Archambault last week as he visited New York to meet with various groups interested in aligning their support behind the Sioux Tribe, including the New York City Council itself after it became the 12th major city to stand with Standing Rock. Indigenous groups from as far as Hawaii have also voiced their support for the tribe.

"Our focus is on water," Archambault said. "Water is sacred to us. It is alive and something that everything needs. When we see something threatening our lands and our sacred sites, we have to stand up and speak up."

Archaumbault maintains that the tribe is seeking fundamental justice in trying to keep the pipeline from being constructed across drinking water resources, and threatened sacred sites and burial grounds. Water protectors have set up a camp near the construction site to slow the progress of construction, and about 140 people were arrested in demonstrations last week.

UCF's director of social responsibility, Katie McCloskey, said that "United Church Funds is quite proud to have been able to host a meeting between supportive investors and the Standing Rock Sioux Tribal Chairman David Archambault II. He related to investors the tribe's focus on protecting the water sources of the reservation from the Dakota Access Pipeline, and investors are looking for ways to use our position as corporate owners to stand in solidarity with the goals of self-determination for the Sioux."

The group of investors could proceed with an investor statement on the very recent arrests and potential human rights abuses taking place at protestor campsites; question the banks that fund the pipelines to ensure this institutions did everything they could to consult indigenous people; or consider shareholder resolutions with minority partners in the pipeline. The DAPL pipeline is not a publicly traded share, but some of the corporations that stand to benefit from the pipeline's usage (such as oil companies Enbridge and Marathon) and a handful of domestic banks that are part of financing its construction, could be targeted for shareholder activism.

"If there is a way to stop this pipeline through divestment, that's one vehicle," Archambault said.

He adds that Sioux elders have been speaking with banks that have helped finance the DAPL. "One that we noticed on the list of funding banks for this project was Wells Fargo," he said. "We've had a relationship with them for almost a half-century. We found out they had invested directly into the Dakota Access Pipeline, and [because of that] we would like to take our business elsewhere."

The DAPL, also called the Bakken pipeline, would run under the Missouri River at Lake Oahe less than a mile upstream from the Standing Rock Reservation in North and South Dakota. The Missouri River, one of the country's largest water resources is the source of drinking water for millions of people. The proposed route of the pipeline is 1,168 miles through four states from North Dakota to Illinois.