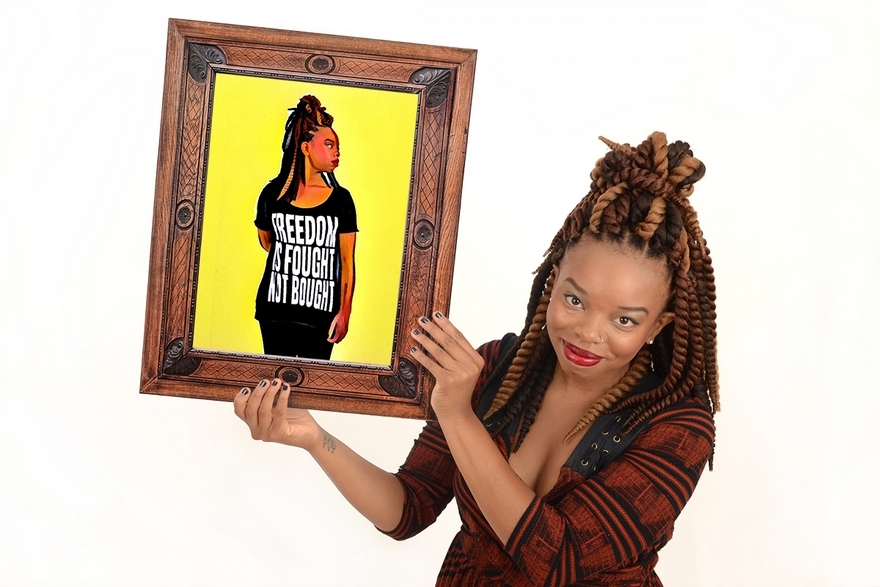 With each post and tweet, Marchae Grair is spreading the word, amplifying the bold, public voice of the United Church of Christ, and her work is attracting attention. Grair, the social media manager for the UCC national office, is being recognized by an area business publication as one of the top young professionals making a mark in their fields in Northeast Ohio. The 28-year old has been named one of Crain's Cleveland Business Magazine's "Twenty in Their 20s" for 2016.

"I was really excited to be recognized for work that highlights intersections of faith and inclusivity," said Grair. "I don't think that's an association that everyone makes often, and in such a polarizing time, people need to know that God and inclusive work can co-exist."

"I'm the type of person who works excessively, and I rarely stop to think about the impact my work has, even though the impact ultimately inspires my work. So when I got word of being recognized, it was a moment to reflect on the potential lives that could be saved just by people knowing that God doesn't hate them."

Grair has managed the UCC's social media accounts (Facebook, Twitter, Instagram, Snapchat) since the summer of 2014, helping grow followers by 48 percent on Facebook and 58 percent on Twitter. She also is the editor of the UCC's New Sacred blog, which published its first article one year ago. In addition to her work at the national office, Grair helped found South Euclid UCC's Safe Space ministry for LGBT people, opening a space at her home church where people can talk about the challenges and experiences of being LGBT.

Grair attributes her professional successes to succinct social media posts, and speaking as though she is "having a conversation with another person about the UCC and how we do the Gospel differently," she said. "Being a communications professional and being a faith professional aren't about me. By that, I mean that my main goal is to always make sure as many people as possible can be reached by a message that they understand, and from which they can take spiritual benefits."

Tina Villa, UCC director of communications, said Grair has attracted people "who have never heard of this denomination, and she's changed the minds of people who thought they would never go near a church. Our social media numbers have never been higher, and they keep growing — surpassing those of churches much larger than the UCC."

This is the first year that Crain's is singling out 20-up-and coming professionals in the Cleveland area who have yet to turn 30 years old, highlighting teachers, innovators, community activists, philanthropists and thought leaders in the region.

"It's really important that organizations and news outlets like Crain's continue to honor young people in leadership," Grair said. "Finding your voice and your truth, and translating that into professional impact, isn't easy as a young person. The encouragement is really priceless."