UCC sends assistance to South Sudan and other African countries 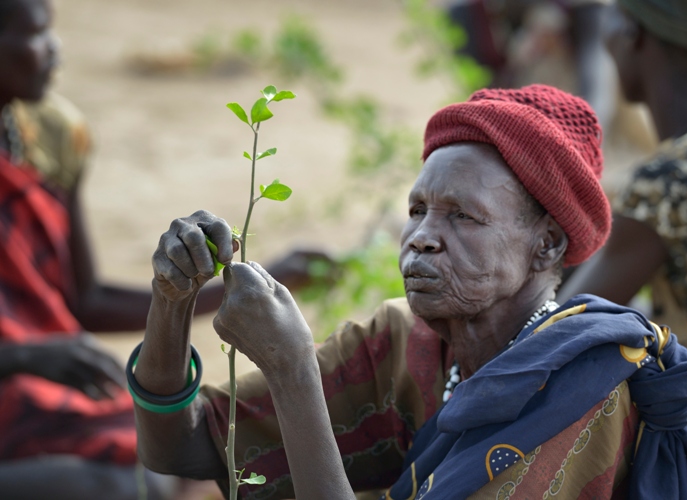 The United Church of Christ is sending an initial $85,000 in aid to South Sudan and three other African counties to help people combating a crisis fueled by war, severe drought and massive food shortages, with famine declared in some areas.

"Famine is not a word that is used lightly or that simply means a shortage of food. This crisis, this emergency demands our immediate attention and response," said Zach Wolgemuth, executive director, UCC Disaster Ministries. "The One Great Hour of Sharing funds that we've received from our generous donors allowed us to respond quickly and undoubtedly save lives."

According to the United Nations, famine, which has been designated in parts of South Sudan, can be declared only when certain measures of mortality, malnutrition and hunger are present. At least 20 percent of households face extreme food shortages with a limited ability to cope; acute malnutrition rates exceed 30 percent; and the death rate exceeds two people a day among 10,000.

The UCC is responding to the crisis, along with other members of the global ecumenical community, coordinating their assistance through the ACT Alliance, which issued an appeal March 23 for nearly $9.2 million. Partners will supply food, clean water, sanitation and hand washing equipment, non-food items, emergency health, protection and psychosocial support, seeds and tools.

The denomination's initial response included $25,000 sent last week to the ACT Alliance from One Great Hour of Sharing and disaster designated funds will support famine relief for nearly 200,000 severely affected people in the South Sudan.

Another $15,000 provided to IMA World Health Appeals for food, nutrition and medical care in South Sudan, plus another $45,000 sent through the ACT Alliance to Ethiopia and Somalia, and to Church World Service in Kenya, will help combat hunger and thirst due to drought.

The total current assistance to address water shortages and famine in Africa is $85,000. In addition, there will be another $10,000 from OGHS funding sent annually to support the ongoing Sudan/Darfur "Tents of Hope" work with internally displaced persons.

In South Sudan, according to IMA World Health, almost 5 million men, women and children are at immediate risk for starvation, more than 3 million people have been forced to flee their homes and nearly 7.5 million people need humanitarian assistance and protection.

"Every number is a name of someone with a story and a family; with life hopes and dreams. In crisis, those stories change course dramatically," observes Mary Schaller Blaufuss, team leader for the UCC’s Global Sharing of Resources. "When those numbers expand into the millions those stories and the needed assistance from outside local communities multiplies. The people of South Sudan are experiencing just such a story-change right now."

Regional violence and climate change have affected the ability of people in the world's youngest country to raise livestock, farm vegetables or harvest grains.

Hunger in the country is at its worst point since fighting erupted more than three years ago between rival forces – the Sudan People's Liberation Army, loyal to President Salva Kiir and the SPLA in Opposition backing First Vice-President Riek Machar.

It is estimated that 1 in 4 South Sudanese need immediate help receiving food, other humanitarian services, and medical care, but providing those has been complicated by displacement of the population. As the situation worsens, there is additional concern about cholera, which compounds public health problems.

Food insecurity has reached the crisis stage in broad swaths of the country.

To offer assistance, give to the UCC International Emergency Relief Fund  or One Great Hour of Sharing.

As Wolgemuth noted, "We will continue to work through our network of partners and for now simply call on the church for prayer and to help raise awareness and support."