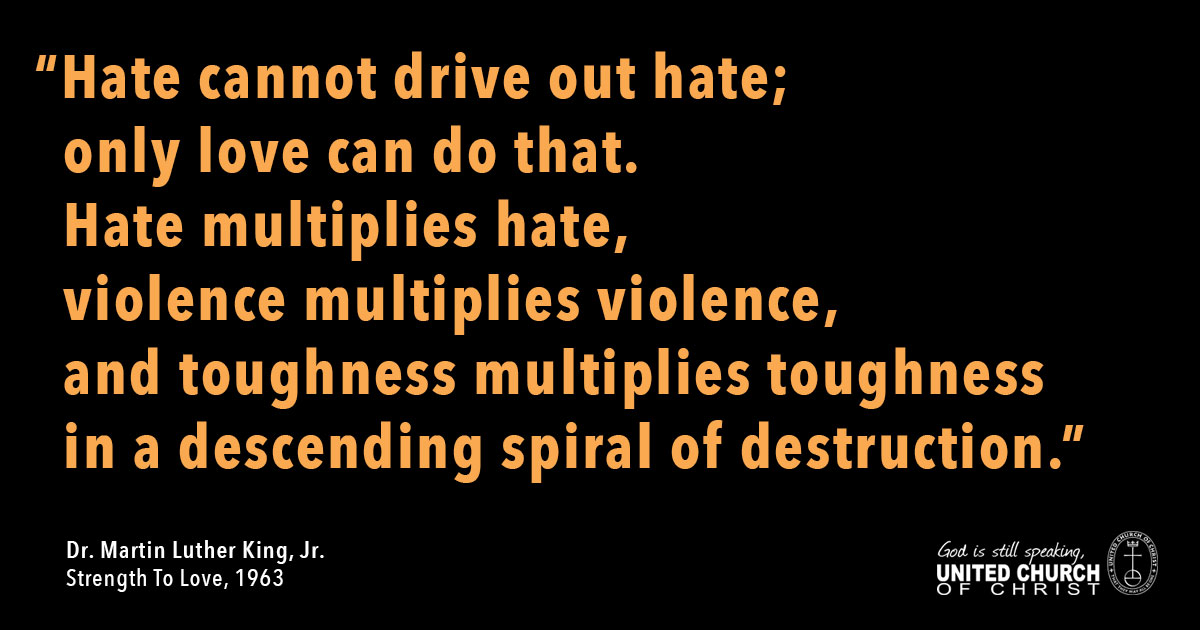 In the course of 72 hours, violence and gunfire have ended so many lives – five police officers killed in Dallas, ambushed by snipers; in other incidents in Minnesota and Louisiana, two black men have died at the hands of police. In response, the General Minister and President of the United Church of Christ is calling for peace and reconciliation, as difficult as that may seem.

The Rev. John Dorhauer said it is past time that Americans speak and act collectively to end the spiral of violence and hate.

“In 1963 Martin Luther King said, ‘Hate cannot drive out hate; only love can do that. Hate multiplies hate, violence multiplies violence, and toughness multiplies toughness in a descending spiral of destruction.’”

I mourn the loss of so many lives over the last few days; Alton Sterling, Philando Castile; and now five Dallas police officers who died in the line of duty. These deaths remind us that our collective complacency and complicit silence carry a heavy price.

With each of these killings, we’ve seen responses of requisite anger, grief, anguish, horror, rage, cries for justice, and pleas for accountability.

But we must lift up our voices and express the collective rage of a community that suffers from the loss of precious lives. I will not be silent – that is a promise and a commitment.

Let our words and actions now assemble to bring peace, to restore justice, and to show love.”