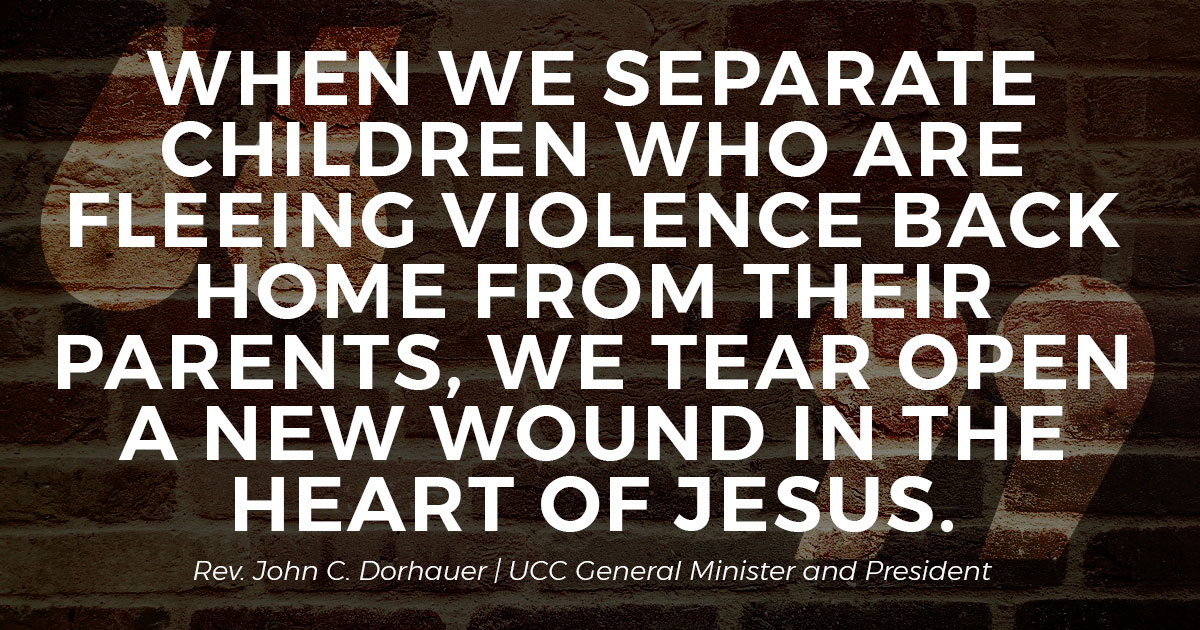 The Department of Justice released a new approach to immigration on Monday, one that Attorney General Jeff Sessions said will begin separating parents and children at the border, a change from a long-time immigration policy which, generally, allowed families to stay together while their cases are processed. United Church of Christ General Minister and President John Dorhauer says the church remains adamantly opposed to policies that seek to separate families. Here is his statement.

“As Mother's Day arrives, the Trump administration announces policies that threaten to jail mothers and fathers seeking asylum, separate families, and remove children from their parents to house them in detention centers thousands of miles apart. In accordance with international and U.S. law, these asylum seekers are presenting themselves with credible claims of violence and persecution. We all have a moral responsibility to welcome and love our neighbors in need. This is why the United Church of Christ has voted to become an Immigrant Welcoming Church. Vocally and without apology, we must relentlessly remind those in power that trampling our values and disregarding humanitarian policies for their own political gain goes not only against the traditional American belief in liberty for all, but how Christians are called by God to love their neighbors.”

The family is one of the most central units upon which God has offered blessing. Forcibly separating families not only retraumatizes children fleeing violence, it casts those who do so in direct opposition to God’s will. Jesus himself had to become a refugee as his parents were forced to abandon their homeland in order to preserve the life of their precious child. "Whatsoever you do to the least of these,” Jesus said, ‘you do unto me.’ He knows the pain of flight, and identifies with others who share it with him. When we separate children who are fleeing violence back home from their parents, we tear open a new wound in the heart of Jesus. We dishonor our commitments to God who blesses families, who protects the stranger, and who asks of us the same kind of love and compassion.”