United Church of Christ ministers and congregations play prominent roles in two current documentaries about progressive religion: a feature-length film on an "unlikely" success in Oklahoma and a shorter video news piece on immigration policy in Arizona.

"American Heretics: The Politics of the Gospel": now showing in the U.S. and overseas, has caught the attention of The New York Times, the Hollywood Reporter, Variety, the Daily Beast and other news outlets. It features the Rev. Robin Meyers and the Rev. Lori Walke of Oklahoma City's Mayflower Congregational Church, UCC, where taking the side of immigrants is just one form of faith in action.

'A church that can't possibly be making it' 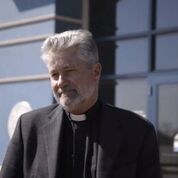 "In every viewing I've attended, the theater has been sold out, and in every venue there has been applause at the end," said Meyers, senior minister for 35 years at Mayflower, a church he describes as the "unlikely success story" at the center of "American Heretics." "It is very encouraging to many people, particularly in the progressive mainline church." He has been in post-film dialogues with audiences this summer at screenings from Oklahoma City to the University of South Carolina to Sydney, Australia.

"I have a feeling of disbelief that the film even got made," said Meyers, who ministers in a Bible-belt region where the words "liberal" and "Christian" are rarely uttered together. Why it did is because two award-winning documentarians, the sisters Jeanine and Catherine Lynn Butler, met Meyers at a meeting of the Westar Institute, which focuses on cutting-edge scholarship on the Bible and Christianity. Meyers is one of its seminar leaders; the Butlers were working on a promotional video for Westar.

Knowing that Oklahoma is mostly filled with fundamentalist and Pentecostal forms of Christianity – ranging from ubiquitous Southern Baptist congregations to institutions like Oral Roberts University – the Butlers asked Meyers how his church could survive. "You know," he recalled their saying, "maybe we should think about doing a documentary about a church that can’t possibly be making it that’s making it."

On visits over a two-year period, the Butlers documented the life and work of Mayflower, Meyers and Walke. The film shows the congregation's October 2017 vote to become a sanctuary church, a state Capitol demonstration for fair teacher pay, and, as an Open and Affirming Church since 1999, its history of performing same-sex weddings before they were legal.

'The progressive message can spread' 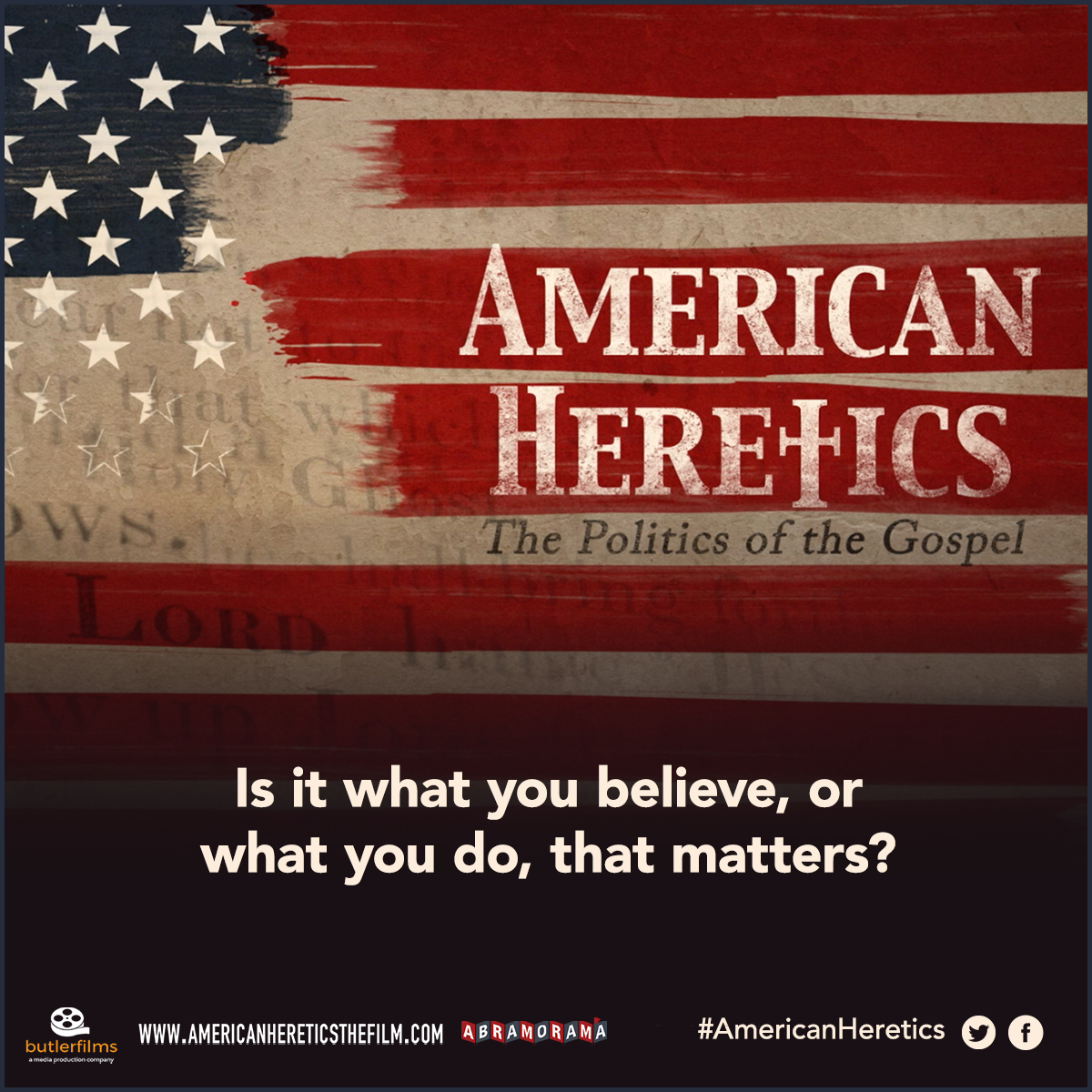 "American Heretics" also profiles the progressive All Souls Unitarian Church, Tulsa, and especially the spiritual evolution of the Rev. Carlton Pearson, now an affiliate minister of All Souls after a prominent career as a conservative Pentecostal minister. And it describes the biblical scholarship that informs ministry at churches like Mayflower and All Souls, with New Testament professor Bernard Brandon Scott explaining why common American assumptions about the Bible, especially fundamentalist ones, are mistaken.

The film isn't specifically about the UCC, but it is clear from the outset what kind of church Mayflower is. It opens with Meyers welcoming worshipers to "a congregation in covenant with the United Church of Christ, where we believe that no matter who you are or where you are on life's journey, you are welcome here." Meyers said he is glad for those moments when "the audience knows that this is a UCC church, and it is prospering, and it is doing things the UCC wants a local church to do, going against the tide of the dominant culture."

Others are doing likewise though they are not mentioned in the film, as noted by the leader of the UCC Kansas-Oklahoma Conference. "Mayflower has done fabulous work, and I am grateful for their leadership and ministry, as so many have been inspired by their witness. But they're not alone, even in Oklahoma," said Conference Minister Edith Guffey.

Two other UCC congregations in Oklahoma City, Cathedral of Hope and Church of the Open Arms, offer an Open and Affirming, justice-oriented welcome. So do Fellowship UCC, Tulsa, and Weatherford Federated Church, an hour west of Oklahoma City, which has a three-way UCC, Presbyterian and Christian Church (Disciples of Christ) affiliation. Federated just added 20 new members and is an example of how "the progressive message can spread in an area desperate for a different word from the church," Guffey said.

'We made our own roadmap'

"I hope that ultimately the film gives people hope, that it empowers them to do something, whether it gives them permission to try church again, to find a faith community that loves and empowers them, or, for churches that haven’t tried something new in a while, to do it, to just step into the stream and figure it out as you go," Walke said. "There are going to be bumps along the way, but this is faith. As Robin says in the film, if you have total certainty, you don't need faith." 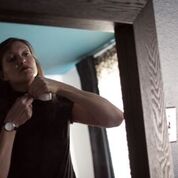 She said Mayflower's sanctuary vote is an example. Not shown in the movie are the months of study leading up to it, prompted by a sermon Walke gave after President Donald Trump's 2017 declaration of an immigration ban affecting Muslims. Unable to find a curriculum for becoming a sanctuary church, "we made our own roadmap," Walke said. "We spent eight months doing workshops, bringing in immigrants, immigrant lawyers, allies, dreamers. Our church members did their homework, then we took the vote."

Mayflower has not yet provided sanctuary to a family, partly because it lacks showers, which are needed for long-term housing. But the vote has resulted in activities seen in the film, including holding regular vigils outside an Immigration and Customs Enforcement office and accompanying immigrants to required ICE check-ins. "The sad truth is that we know outcomes are better for undocumented people if a white person is present at those check-ins, and even better if that white person is in a clergy collar," Walke said. "And if you can get more white people outside holding vigil, the outcomes are better still."

The vigils in particular "have widened the conversation to other congregations and denominations in our area," Walke said. They draw not only UCC participants, but Unitarians, Methodists, Lutherans, Catholics, Episcopalians, atheists and other concerned citizens. "We have created a low-bar entry for folks who want to at least start the conversation," Walke said. "That has been one of our most important contributions."

'Against this moral injustice'

As its title suggests, the Real News Network video focuses on Christians who have embraced Trump and his immigration policies and contrasts them with progressive faith communities whose approach differs.

First Congregational is one of many UCC churches in the Southwest and beyond with immigrant-welcoming ministries in their immediate communities and on the border itself. The video includes excerpts from a 2018 interview with its senior pastor (mistitling him, unfortunately, as "Father" James Pennington). He says, "The [evangelicals'] statements that I think are really heinous say, 'This is our way to tell you to stop coming across our borders because we're going to take your children and we're going to put them in some sort of detention or children's home or child protective services.'"

As a sanctuary church with an active Immigration Task Force, First Congregational has housed an undocumented immigrant and two transgender women seeking asylum, all of whom have moved to next steps. It helps pay application costs for immigrants seeking Deferred Action for Childhood Arrivals. It offers "gap scholarships" to young Arizona residents who are DACA recipients, covering the difference between in- and out-of-state college tuition – a gap created by a recent state law denying them the in-state rate. It hosts an open public conversation on related issues once a month with an immigration attorney present. And it works with a network of congregations and organizations, religious and secular, to pool resources and develop common strategies – most recently, opening a "welcome center" for immigrants in an abandoned school building.

The Christians in this network, says the video, are "inclusive and progressive churches trying reflect their interpretation of the gospel."