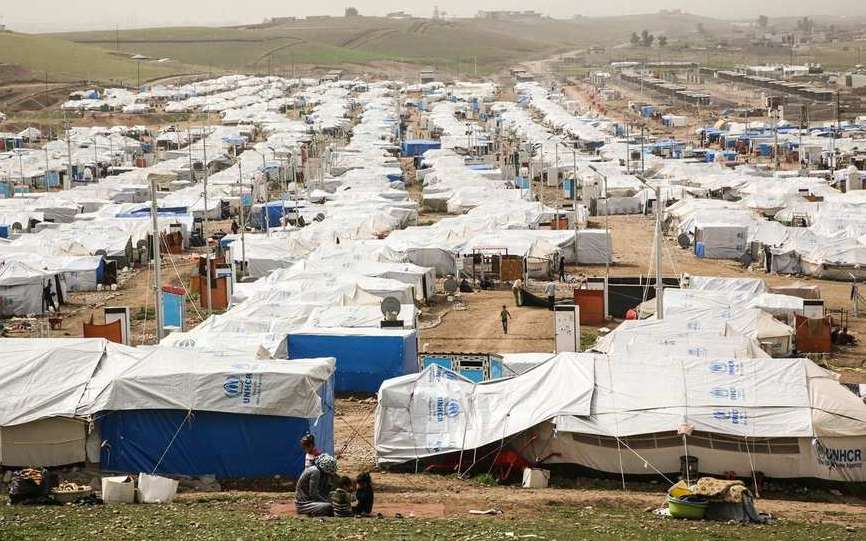 A United Church of Christ pastor is heading to Iraq on Monday, June 5, part of a three-person faith delegation going to visit refugee camps to document empowerment work focused on helping women find a way to support themselves and their families.

The Rev. Talitha Arnold, Senior Minister of the United Church of Santa Fe, is journeying to the Kurdistan region of Iraq. She and two colleagues representing the Christian Church (Disciples of Christ) will visit the refugee camps around the city of Erbil, home to more than 200,000 people who have fled their villages and cities in other parts of Iraq.

"I accepted the invitation to go to Iraq because I got tired of being numb, of reading about the latest atrocities and then turning the page," Arnold said. "I think it's important for us, as people of faith, to see the human faces behind the headlines. Refugees are people just like the rest of us who once had homes, families, jobs, communities. We need to hear their stories."

The delegation plans to chronicle the work of women's empowerment programs that are focused on providing income and jobs for the most vulnerable refugees — women who have lost their husband, sons, brothers in the ongoing wars and therefore are without the means to provide for themselves or their children. The women's cooperatives produce candles, jewelry, and other items that are sold internationally. They also teach business administration and marketing skills.

The women's empowerment programs are sponsored in part by the "Week of Compassion," the ongoing international aid and development agency of the Disciples of Christ, the United Church of Christ's partner in Global Ministries.

Current estimates put the number of "war widows" at 1.5 million people, over 10% of the women in Iraq. In the Kurdistan region alone, over 2 million people, most of them women and children, are internal refugees.

Rev. Arnold's commitment to refugee work dates to the early 1980's when she was a Associate Minister for a Connecticut UCC congregation and co-led a Cambodian refugee resettlement project that served as a pilot project throughout New England. Like the project in Iraq, Arnold also did documentary work in the Cambodian and Vietnamese refugee camps along the border in Thailand.

"A deeply personal reason for working with persons who are refugees from war — whether the Cambodians of forty years ago or Iraqis and others now — is rooted in my own family's history," Arnold said.

"My father's 'battle fatigue' (as PTSD was called at the time) resulted in his committal to a V.A. hospital. My mother came back to Arizona to live with her mother, on what she thought was a temporary basis, with three children and the six suitcases the plane would allow. My father didn't make it back home. Three years later, while a patient at a V.A. hospital in California, he died as a result of suicide. Even though his death came 13 years after WWII ended, it was classified as 'war-related.' Therefore my mother was a 'war-widow' and my siblings and I came under the 'War Orphans Act.'"

"We were fortunate in that my grandmother could take us and provide us the basics — food, housing, and a chance for my mother to work and for us to go to school," she continued. "The things that any parent wants for their children, whether they are growing up in a grandparent's house or a refugee tent. That's why I'm going."

As the only woman in the delegation, she hopes her presence will be meaningful. "I am grateful for United's commitment to immigrants and refugees," she concluded, "and this is in line with those ongoing commitments."

The United Church of Santa Fe has been involved in immigration and refugee issues for its nearly four decades as a progressive Christian church in Santa Fe. The congregation raised funds and advocated for Salvadorans fleeing the war in their country in the 1980's and in the 1990s, raised funds and supplies for the refugees of Rwanda and Kosovo. Since the mid-1990's, church volunteers have worked in several Santa Fe public schools with large immigrant communities and is now considering becoming an official "Immigrant Welcoming Congregation" of the United Church of Christ.