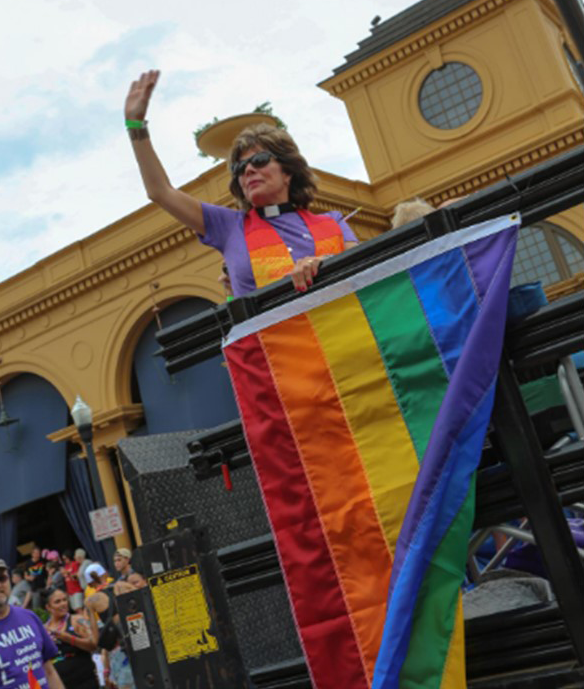 St. John’s United Church of Christ in Columbus, Ohio shared a profound witness of God’s love for ALL, no exceptions, by proudly participating in the largest PRIDE parade in the Midwest, Stonewall Columbus PRIDE. The Saturday, June 15, parade featured more than 13,000 participants, who marched for three hours before an estimated 700,000 spectators. Stonewall Columbus called the event “the biggest party in the Midwest!”

Gone were the days when protestors threw full-sized Bibles at me and and my family when we marched in the Columbus PRIDE parade with our church. Instead, the city gathered as a force for love on Saturday, as St. John’s first time PRIDE participants openly wept at the outpouring of welcome and acceptance. 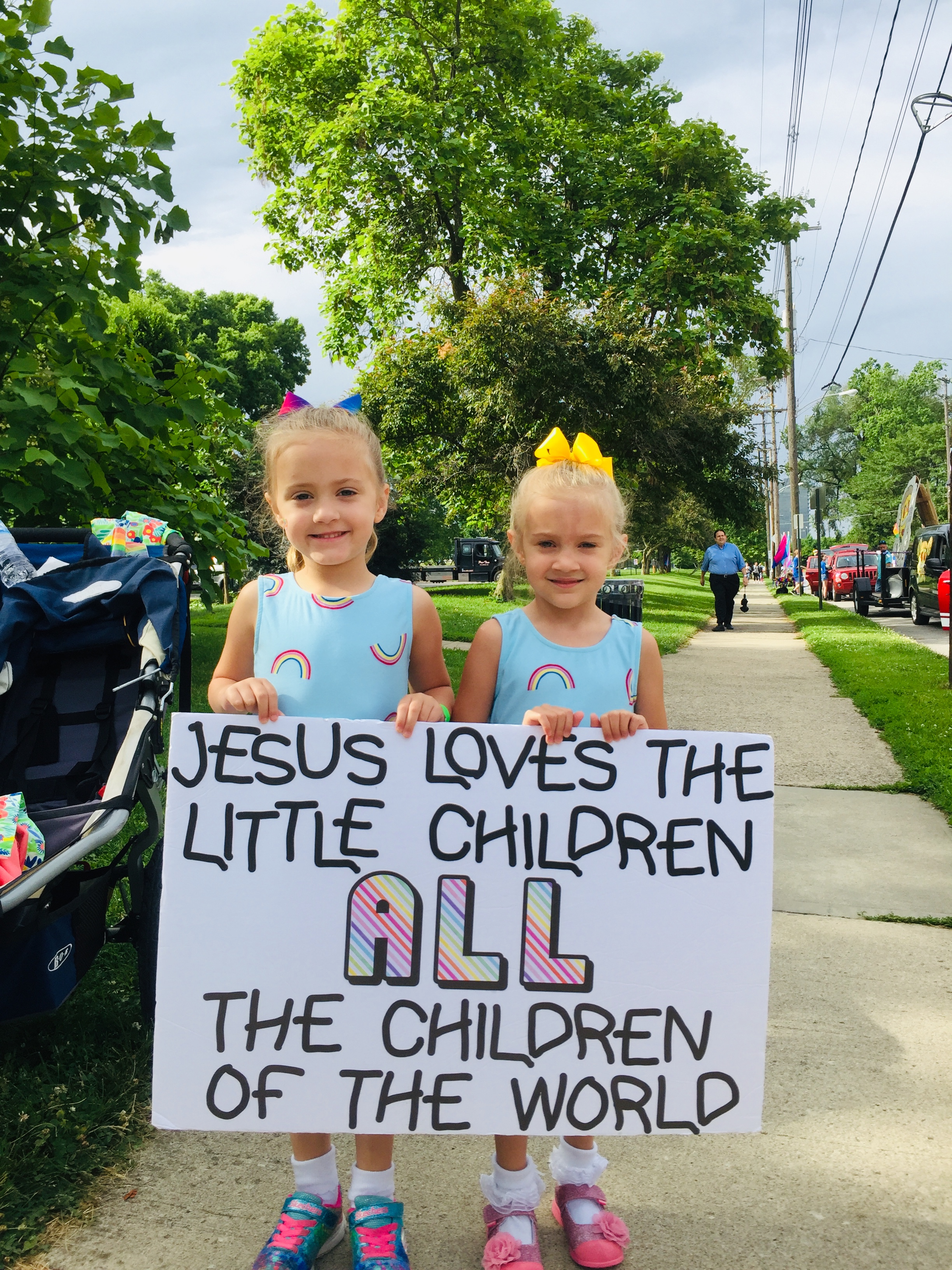 St. John’s UCC is an Open and Affirming UCC church. We have grown our ministry to the LGBTQIA+ community in the last seven years I’ve been Senior Pastor. But we aren’t done growing and changing to meet the needs of the city we serve. Our historic urban church is moving into a new era of ministry and mission with the launch of a new contemporary worship service. The church’s new motto is to be “A Beacon of Hope in the Heart of the City.”

On Saturday, more than 65 church members donned their purple church T-shirts that proclaimed on the back: “It’s All Good. Rich, Poor, Liberal, Conservative, Straight, Gay, Married, Divorced, or None of the Above.” As members of our congregation climbed onto the church parade trucks with banners proclaiming welcome for all, the journey into healing and transformation began. 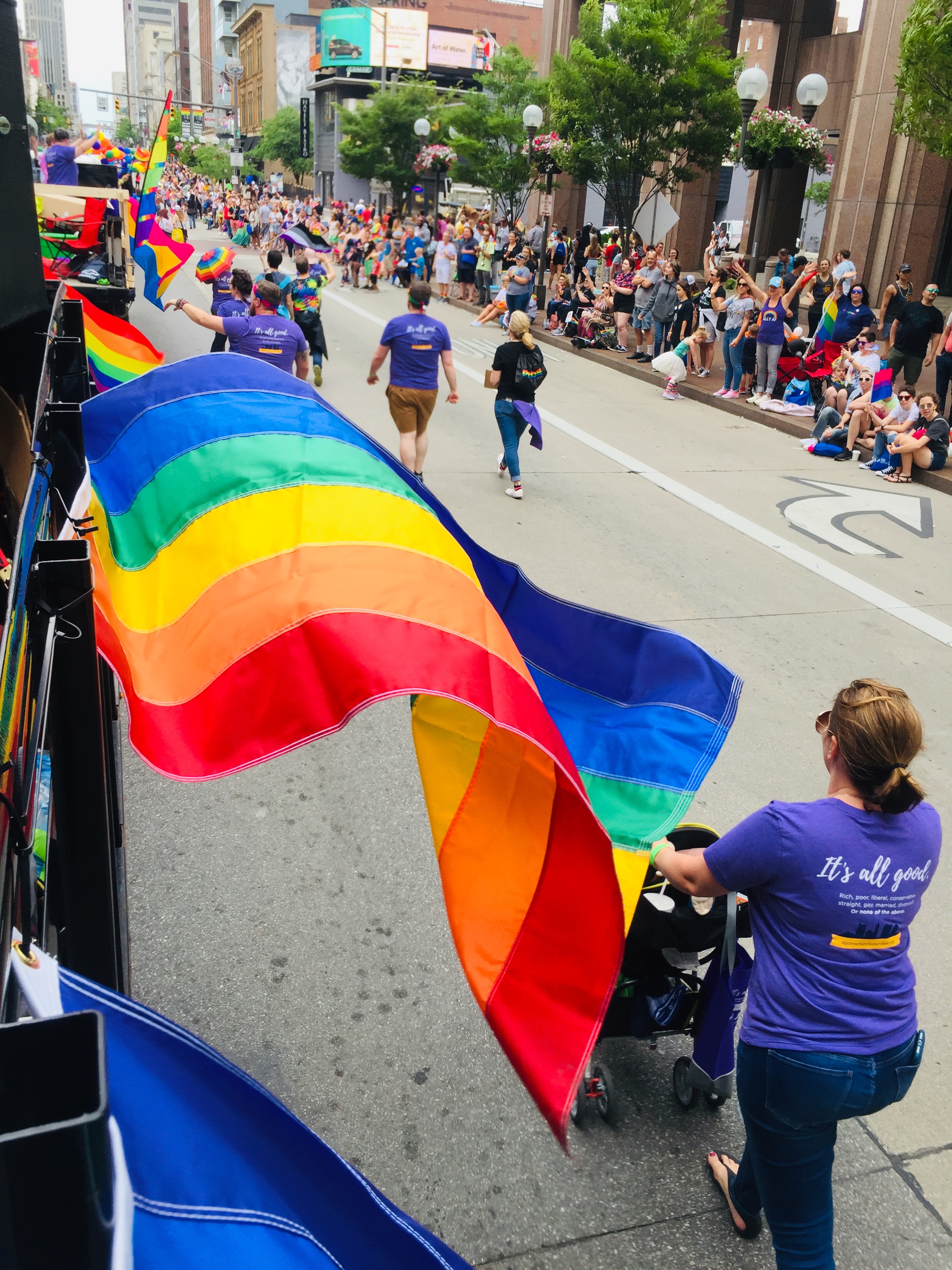 One of our trucks featured gay Christian rock singer Trey Pearson, who sang songs from his latest album, while yelling “Happy Pride!” to hundreds of thousands of people along the parade route. Down below, walking along both sides of the parade trucks, St. John’s members became the hands and feet – and HUGs – of God.

Church members weren’t deterred by the few protestors with megaphones holding the usual “Repent or else” signs. Instead, they handed out information about the church’s PRIDE Sunday worship service on June 23, which will feature Pearson, St. John’s two choirs (traditional and gospel), the church’s contemporary worship band, and personal testimony from gay seminarian Hank Osmundson.

We still have more work to do, because Ohio lacks statewide anti-discrimination legislation to protect the LGBTQIA+ community. St. John’s will continue to advocate for equality for all at the Ohio Statehouse, clad in purple church t shirts – and God’s love.