In a letter dated July 10, the final day of a 45-day review process ordered by President Trump calling on the Department of Interior to "review" national monuments established since 1996 and assess whether they should be reduced or eliminated, the religious leaders of Episcopal, Lutheran, Mennonite, Presbyterian, and United Church of Christ denominations sent a letter to Secretary Ryan Zinke urging him to "reverse course, and listen to the Bears Ears Commission and to the thousands of supporters for the Bears Ears Monument."

UCC General Minister and President the Rev. John Dorhauer and his co-signers are primarily interested in conserving this monument as part of their commitments to taking an "active role in the work of remembering, repenting, healing from, and never repeating historic racial injustices," as well as the "uncomfortable work of dismantling racism." The leaders wrote, "One of the most basic and important things we can do to rectify racial injustice is to respect tribes' officially elected leaders, and to carefully listen to their wisdom about stewardship of their ancestral land."

Created through the leadership of Hopi, Navajo, Ute Indian, Ute Mountain Ute, and Zuni tribes, the Bears Ears National Monument was designated by President Barack Obama on Dec 28, 2016 under the Antiquities Act. The first national monument slated to be co-managed by the federal government and Native American tribes, Bears Ears is the only national monument with a primary focus of conserving and sharing the culture and heritage of Indigenous Peoples. The 1.35 million-acre site is dotted with rock art, cliff dwellings and other archaeological sites and land sacred to the tribes. Its establishment was a step forward in diplomatic relations between tribes and the U.S. government, with a tribe-appointed Bears Ears Commission as the Monument's primary advisory body.

In an interim report on the monument, Zinke indicated that the potential exists for downsizing, or restricting the designations of protected areas to recreation or conservation sites. That doesn't sit well with the faith leaders, or with Creation Justice Ministries, which also signed on. 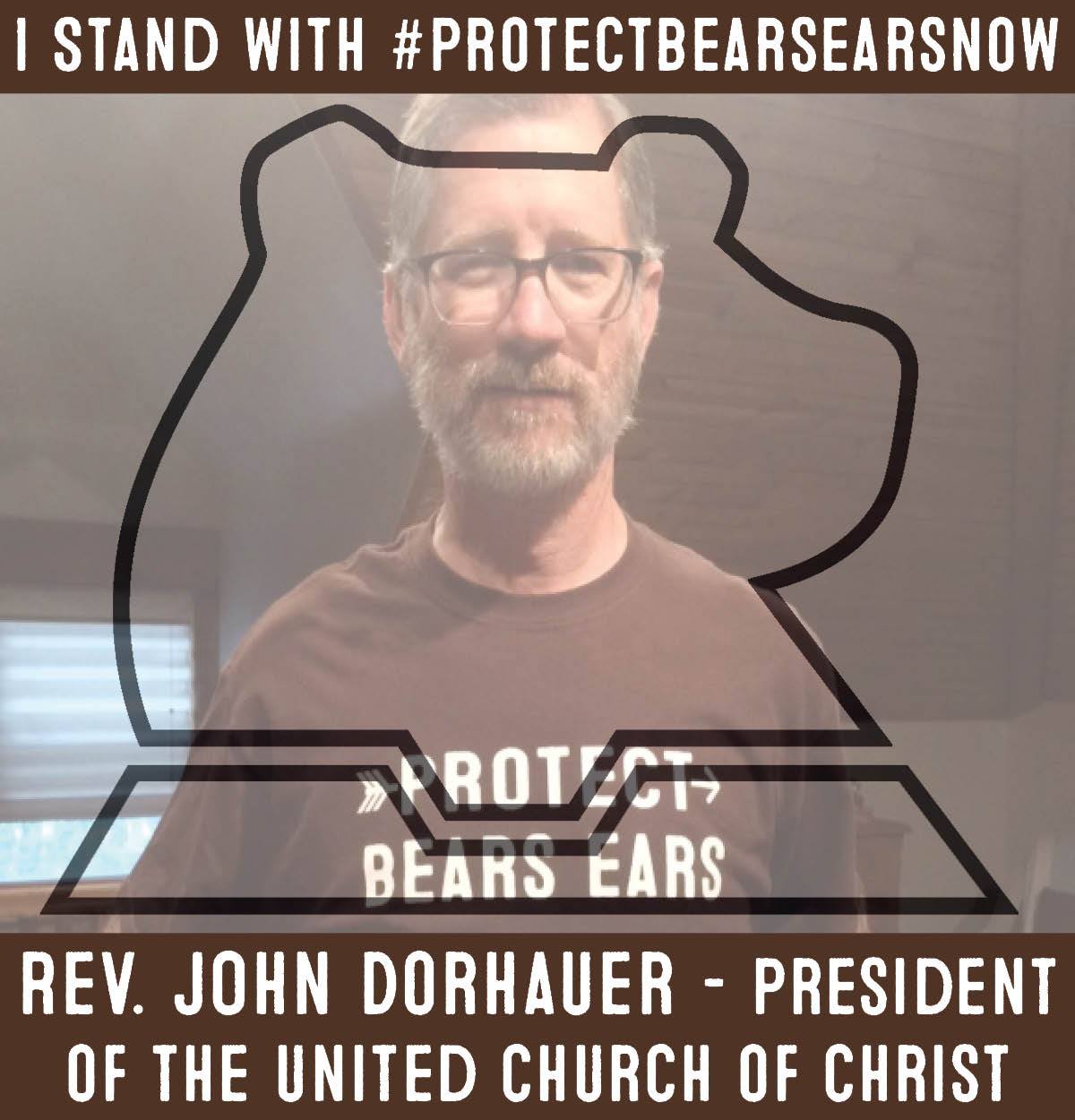 "When Christians come together to apply a moral lens to an issue, it sends a powerful statement," said the Rev. Brooks Berndt, UCC environmental justice minister. "Through a moral lens, we can see the recommendation to reduce the size of the Bears Ears National Monument as part of a larger pattern of racial injustice in which our government has broken treaties and reversed policies at the expense of indigenous peoples."

"The Bears Ears National Monument is a place for story-sharing, for truth-telling, for relationship-building, and for healing," the letter states. "It tells the stories of Indigenous Peoples' resilience in times of danger. We urge you to reverse course, and listen to the Bears Ears Commission and to the thousands of supporters for the Bears Ears Monument. We recognize the complexity of this matter, but as God's children we must honor and respect our Native American brothers and sisters, their culture and their heritage. We are compelled to right the wrongs that they have endured at our hands."