The United Church of Christ lost a strong leader and role model with the death of Marilyn Breitling on Tuesday, May 22. She was 84.

Breitling led the UCC around women's issues in the 1970's and 1980's. In 1979, she became the first Executive Director of the Coordinating Center for Women in Church and Society (CCW). When the office was given instrumentality status—the equivalent of a covenanted ministry—by General Synod in 1987, Breitling became the first woman to lead the church on a national level.

"Marilyn Breitling, my dear friend, was an outstanding leader of the United Church of Christ in its local, regional and national settings," said the Rev. Paul Sherry, former UCC President (1989-1999). "Marilyn was a person of strong commitments, wise counsel, and one who believed deeply in the enduring power of the Gospel. I knew her best and worked most closely with her during her leadership of the Coordinating Center for Women. In that position, she, along with her committed staff, played a major role in strengthening the place of women in the life and ministry of the United Church of Christ."

Breitling, nee Miller, was born on a farm in Ashland, Neb., attended a one room country school and graduated from Ashland High School in 1950. She attended Doane College for two years where she met her husband Patrick. He was in the U.S. Airforce and following several tours of duty, the family settled in Clayton, Mo., near St. Louis.

Breitling was confirmed in the Congregational Church when she was 12, and while she and her family joined a UCC church with each move, she didn't become visible in the denomination until the 1960's. Then, as a stay-at-home mom, she became involved at the Conference level through her local church.

"Marilyn was a very active laywoman," said the Rev. Barbara Gerlach. "She came out of a traditional home in the Midwest, with several children and husband who was in the service, but her capacity to grow as a leader was amazing. She bridged, in her life and her work, from the more traditional role of women as church volunteers to women as church leaders." 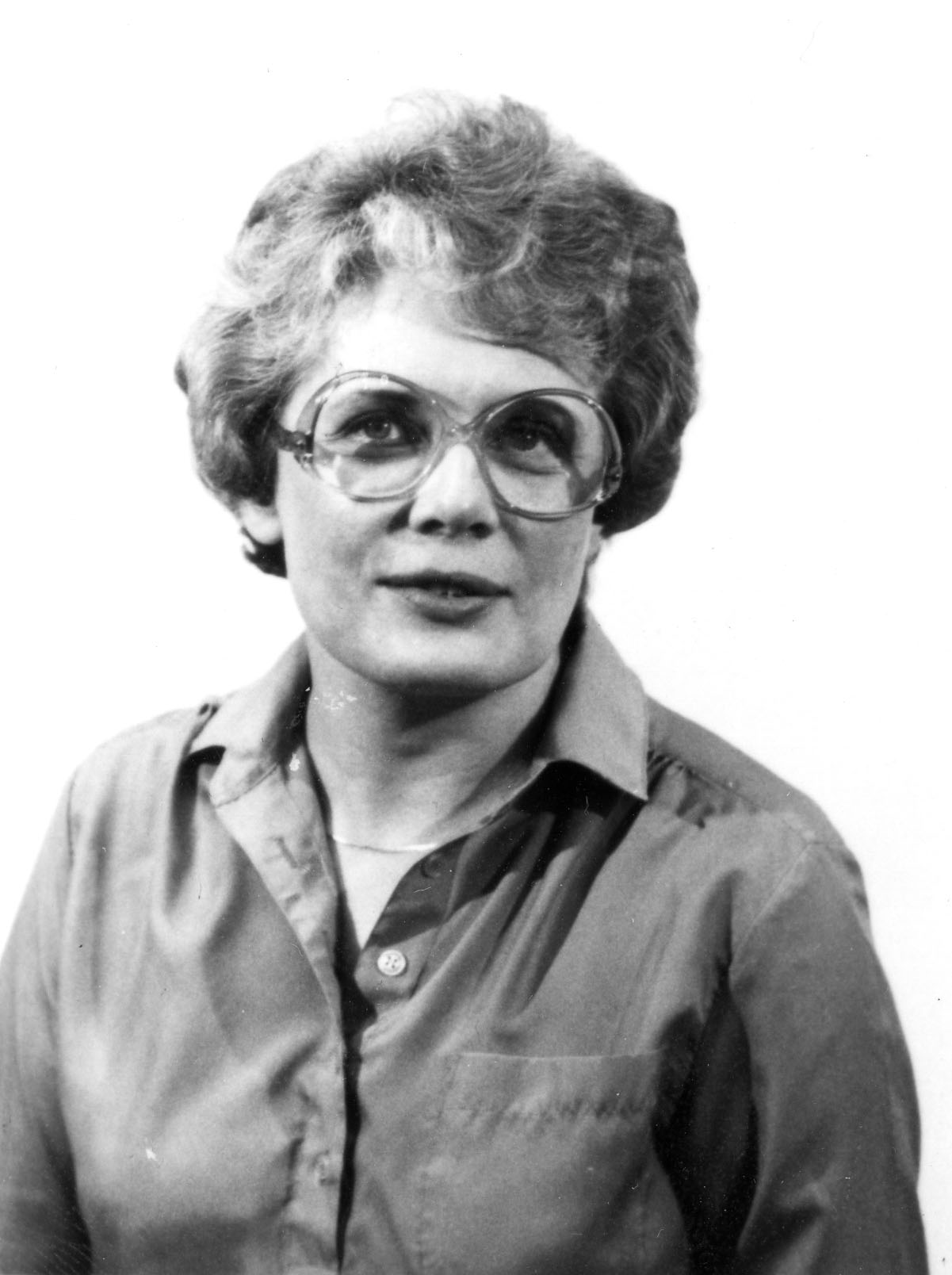 Breitling's leadership in the national church was first recognized at General Synod in 1975, when she facilitated the committee working on resolutions from the Task Force on Women in Church and Society. The Advisory Commission on Women and Society, in the Office of the President, was created as a result. Breitling was then hired in 1975 as a staff associate for women's concerns in the Office for Church Life and Leadership. Just as important, she also served on the Women's Inter Staff Team, and worked with several other women at the national setting – including the Revs. Yvonne Delk, and Susan Savell — tasked with developing collaboration between UCC offices, conferences and congregations toward empowerment of women in the church.

"Marilyn's unique and extraordinary gift was her wise, practical, strategic way of seeing what is possible and how to move forward on so many issues of importance to women," said Savell. "Her kind manner, and a great sense of humor, enabled her to speak and act in ways that everyone could hear and respond to with new understanding and motivation. She is truly a founding mother of the modern women's movement in the UCC, and a sister to so many of us who knew her and worked with her over the years."

The Women's Inter Staff Team worked together for several years. They pulled together the first national meeting of UCC Women and developed the Coordinating Center for Women's Concerns (housed in the Office of the President), which later became the Coordinating Center for Women in Church and Society. Breitling became the ministry's first executive in 1979, a position she held until 1991.

"I don't know of anyone who could have been a better choice," said Gerlach. "Marilyn was kind but she was strong, and so grounded."

When the General Synod voted to elevate the CCW to an instrumentality, now called a covenanted ministry, of the church, Breitling became the denomination's first woman executive.

"Marilyn led CCW from simply being an attachment to the President's Office to becoming a respected instrumentality with voice and vote," said the Rev. Yvonne Delk. "This resulted in moving CCW from the sidelines to the seat of power with the ability to impact policies and budget."

"She was truly a teacher ahead of her time, and she led with such grace," said Deborah Bailey, who worked closely with Breitling for all of her time as CCW executive. "She did so much for women, but it was very interesting to me that she changed a lot of men's lives — and their thinking." 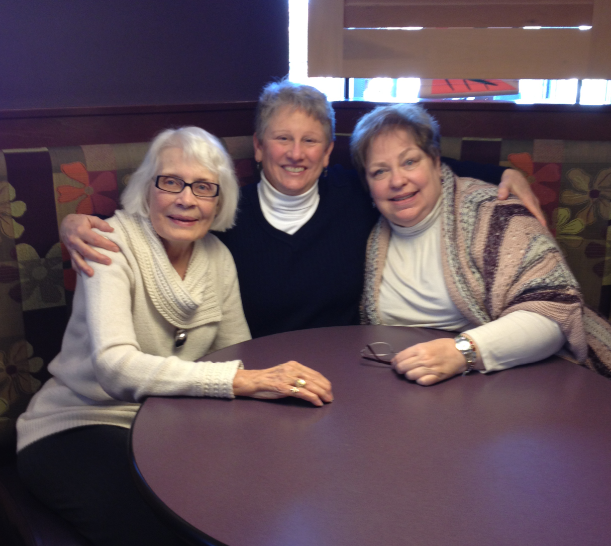 "The UCC was fortunate that Marilyn Breitling came into her own as a leader when she did," said the Rev. Loey Powell, the CCW's third, and last, Executive Director. "She understood the power and meaning of sisterhood and helped bring together the few other women on staff in the national setting into a strategic team which could not be ignored. She knew the system and knew how to work it to shake loose resources for women's programs, meetings and ministries. We all —women and men — owe her a debt of gratitude for the way she helped shape our church."

"There are beacons of prophetic justice, who demand that equality be given to all. In the United Church of Christ, Marilyn Breitling was one of those beacons for women in ministry," said the Rev. Ginny Brown Daniel. "In a time when ministry in the UCC was predominantly male, Marilyn demanded that ordained and lay women have the opportunity to minister as God called them. As the first female Conference Minister of the Missouri Mid-South Conference, Marilyn's home Conference, I am immensely aware that my ministry is because of Marilyn Breitling and her prophetic ministry."

"Marilyn was a fearless advocate for women and not afraid to take on her male colleagues when necessary," said the Rev. Bernice Powell Jackson, a former UCC national officer. "At a time when many churches were still ignoring issues like inclusive language and calling women pastors, the UCC was at the forefront and Marilyn was right there, always finding allies and moving the concerns of women, lay and clergy, into the spotlight."

The Rev. Davida Foy Crabtree, former Conference minister, described Breitling as a trailblazer, a traditional southern woman, and a feminist who knew how to collaborate with men to get things done. She helped lead the way in establishing anti-racist, inclusive churches in the denomination.

"There is no word that captures Marilyn's contribution to all women in the UCC than 'awesome,' said Carole Carlson, former Conference minister. "When I chaired the CCW Board, the best part of it was working with Marilyn. Time and again I was in awe of her ability to think strategically around justice issues. She knew how to cultivate support from the 'old boys' while always nurturing the women around her. We all are wiser and more faithful because of her impact on us."

"We give thanks for Marilyn's voice for and among women everywhere," said the Rev. Linda Jaramillo, a former UCC national officer who also served on the CCW Board. "Her voice will add harmony to the great choir of angels."

After leaving the national setting, Breitling became the director of Continuing Education of Eden Theological Seminary, retiring in 1995. In the years since, she had been an active volunteer at Samuel UCC in Clayton, Mo., and an involved and loving mother and grandmother.

A memorial service will be held 1p.m. Saturday, June 2, at Samuel UCC in Clayton, Mo., with the Rev. Dr. Jeff Groene officiating.

"Marilyn was a strong, wise, creative, and enduring advocate for women's justice everywhere she lived. She was kind and considerate with me through the years I knew her. She has a deep impact and influence on me from my early days. Her endearing smile and absorbing presence belied her fierce and dogged determination as an advocate for women's justice. Many young women saw her as a guide, a mentor, a hero, and a leader who laid a foundation upon which they would build a meaningful future," said the Rev. John Dorhauer, UCC General Minister and President. "From the moment I met and heard her, I knew that I would hold myself accountable to her and her understandings of how my privilege impeded her justice. She was both gentle in her words that served to open my eyes, and unyielding in her convictions. We all owe her a great deal. Her legacy will live for a long time in the life of the United Church of Christ."