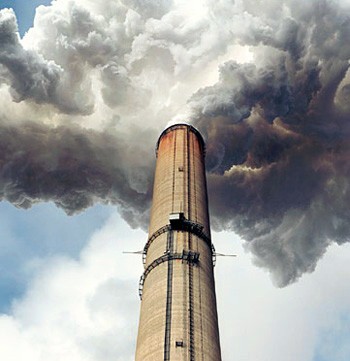 The son of a United Church of Christ minster in Oregon, along with a group of young climate activists, is preparing for a trial against the U.S. government in hopes of protecting future generations from the effects of greenhouse gasses and climate change. Kiran Oommen is one of the 21 plaintiffs in a lawsuit that contends the government has failed to protect them from the effects of harmful greenhouse gas emissions.

"I'm incredibly relieved to hear that Judge [Ann] Aiken found us to have standing with our lawsuit," said Oommen, the child of the Rev. Melanie Oommen, associate minister at First Congregational UCC in Eugene, Ore. Aiken ruled on Nov. 10 that he and the other plaintiffs, who range in age from 9 to 20 years old, have the right to bring a case forward against the government, federal numerous agencies and the fossil fuel industry — all of whom asked the case be thrown out.

"To have a person in a position of power assert that we have a right to have our voices heard in the U.S. government is refreshing and empowering for all of us youth for whom this is often very difficult," Kiran Oommen said.

"This decision is one of the most significant in our Nation's history," said Julia Olson, counsel for the plaintiffs and executive director of Our Children's Trust, a nonprofit environmental group that is working with the young plaintiffs. "This court just gave the youth of this country the critical opportunity to protect their futures. In what will be the trial of the millennium, these young plaintiffs will prove that their federal government, in cooperation with the fossil fuel industry, has knowingly put them in grave danger, trading their futures for present convenience and gross profits for a few."

The lawsuit claims that the federal government has known about the effects of greenhouse gas emissions, but has failed to curb those emission, and asks for a court order against he government to detail a plan that would considerably reduce the greenhouse gasses caused by burning fossil fuels.

The case will go to trial some time in 2017, during which time Donald Trump will be sworn in as president. Trump claimed in 2012 that climate change is a hoax and fabrication of the Chinese government.

"Especially in the wake of electing a climate-change denier as president-elect, being a part of a strong attempt to bring climate science into government policy is a ray of hope," Oommen said. "The attention that the news has been giving this case has been wonderful, and for every new person I can tell about our progress I feel a little less depressed about the current state of this country. All we can do now is gather as much public support as possible and hope that there is someone else in the judicial system who will hear the concerns of the people."