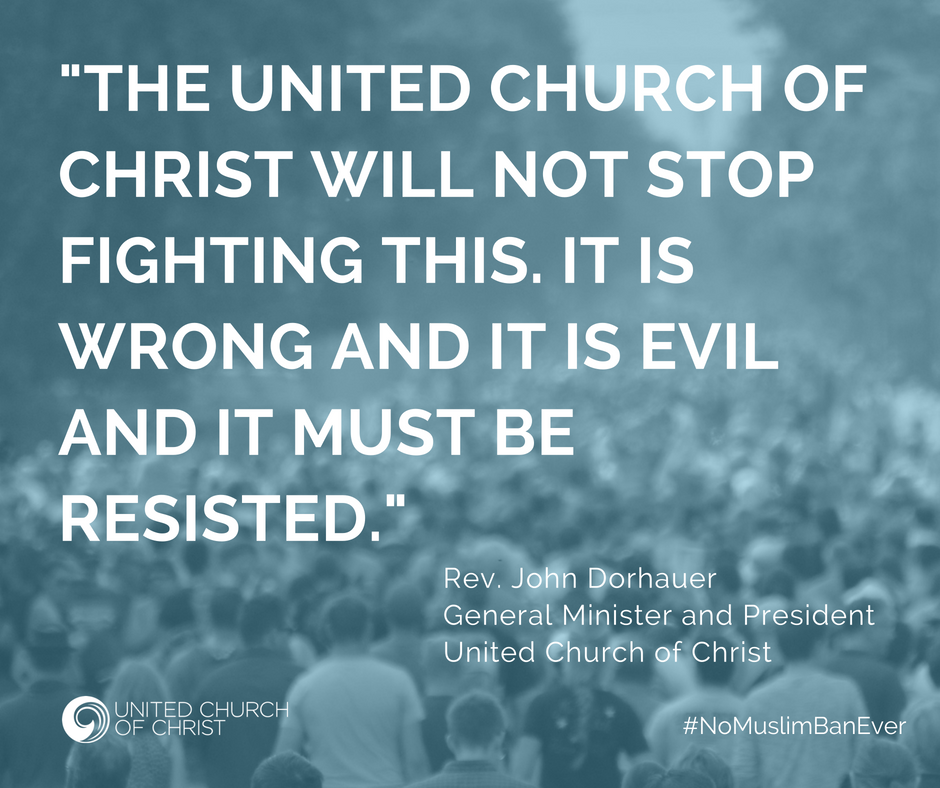 The national leadership of the United Church of Christ is condemning the U.S. Supreme Court decision that upholds President Trump's September travel ban, which restricts citizens from predominantly Muslim countries from traveling to this country.

The deeply divided court, ruling 5-4 on Trump v Hawai'i, reversed a series of lower court decisions which struck down the ban as illegal or unconstitutional.

The Court Justices decided that the travel ban is a legitimate exercise of the authority of the executive branch of U.S. government. UCC leadership continues to denounce the restrictions as evil.

"Let it be known that people of faith did not join the crowd, wave their flags, and acquiesce to a government bent on re-establishing white power and white supremacy and white privilege as the law of the land," said the Rev. John Dorhauer, general minister and president of the United Church of Christ. "The United Church of Christ will not stop fighting this. It is wrong and it is evil and it must be resisted."

"A little over 50 years ago, while caged in a Birmingham jail, Rev. Dr. Martin Luther King penned these words to White Southern Pastors who were uncomfortable with Dr. King's presence and public outcry for justice: 'One has not only a legal but a moral responsibility to obey just laws. Conversely, one has a moral responsibility to disobey unjust laws,'" said the Rev. Traci Blackmon, executive minister, UCC Justice & Local Church Ministries. "The evils of racism and Islamophobia have been given fertile breeding ground by an administration that seeks the solidification of power with the targeted separation of the 'other.'" 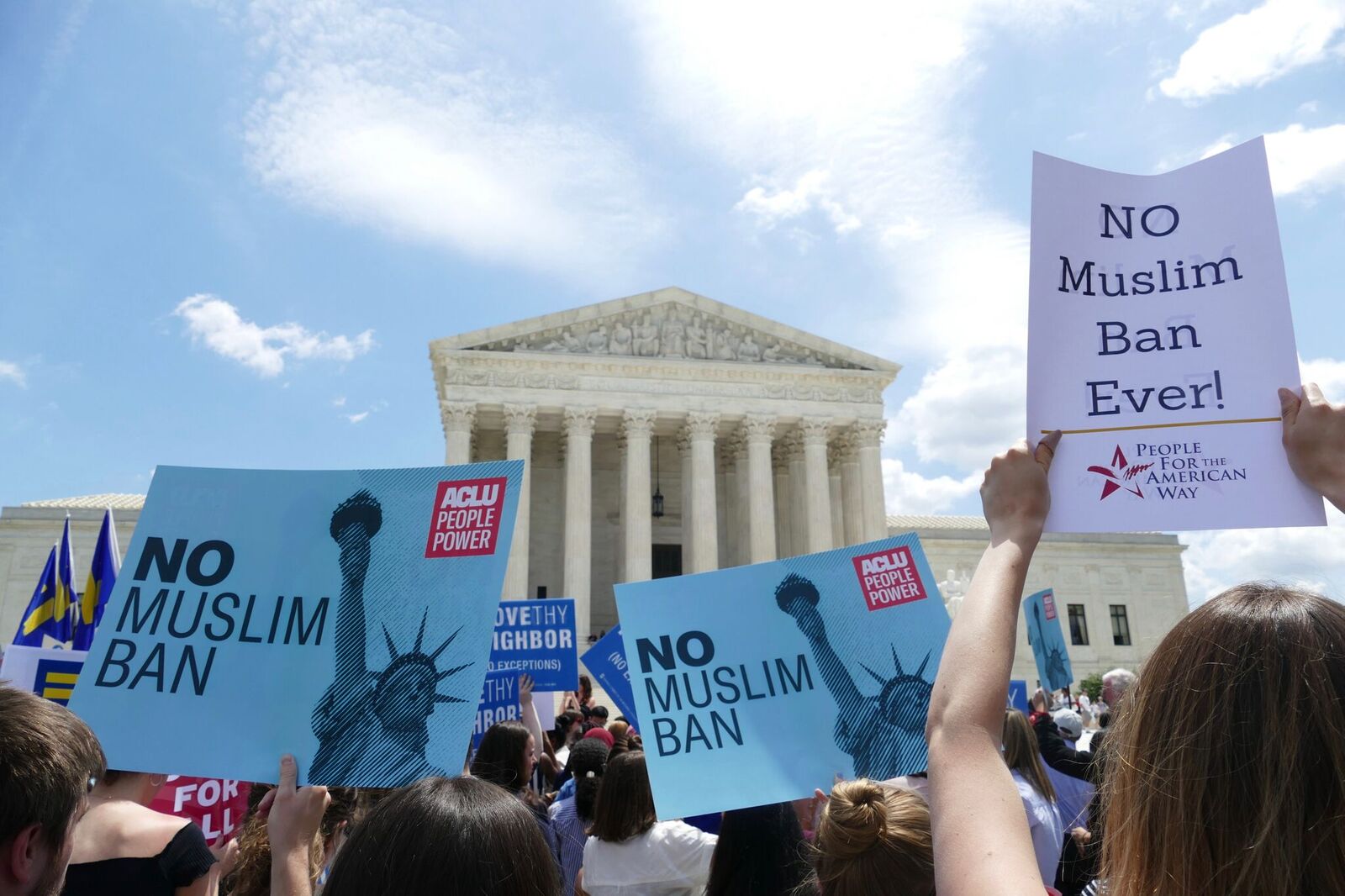 Chief Justice John Roberts issued the opinion, supported by the court's other four conservatives, writing that entry restrictions were limited to countries that had been designated by Congress or prior administrations as national security risks. He rejected claims that the ban was religiously biased.

"The [order] is expressly premised on legitimate purposes: preventing entry of nationals who cannot be adequately vetted and inducing other nations to improve their practices," Roberts wrote. "The text says nothing about religion."

"The proclamation is squarely within the scope of presidential authority," the chief justice wrote. He added that claims of religious bias against Muslims did not hold up against "a sufficient national security justification." However, he said, "We express no view on the soundness of the policy."

"Along with the Dred Scott decision which perpetuated slavery and the Korematsu case which sanctioned the internment of Japanese Americans during World War II, the Supreme Court's ruling which upholds the administration's Muslim ban is an offense to our inclusive faith and will go down in history as a violation of the highest ideals of our nation," said the Rev. Jim Moos, executive minister, UCC Global Engagement & Operations. "Bigotry in the name of national security will not make us more secure, but less so."

"I am sick," Dorhauer continued. "Every day, the work so many have committed to over decades – to build deeper understandings of how love works, to build deeper acceptance of our differences, to embrace our diversity, and to create commitments to build a just world for all – is eroded by white men who feel like their power and privilege is being taken away."

Church leaders say the travel ban is a signal that we are closing the door to our neighbors who are fleeing violence and persecution, and that our faith calls us to do otherwise.

As people of faith, we understand that God has no "other" and the immorality of such acts are not made righteous by the legalization of them," Blackmon said. "In such matters, we stand with our kindred in the Abrahamic faith. We stand with the teachings of our sacred text. We stand with the God who is God of all."