The Anglican Churches of the world — which include the U.S. Episcopal Church — are facing a major split over social issues, including homosexuality, same-gender marriage and female bishops. At a meeting in England called by the global Anglican leader, the Archbishop of Canterbury, the Anglican Communion voted to censure its American branch, the Episcopal Church for its liberal stance on gay people.

In response to this vote by the Anglican Communion, which suspends the Episcopal Church from voting and decision-making for a period of three years, the national leaders of the United Church of Christ released a statement of support for the American denomination.

Here is the text of that statement: 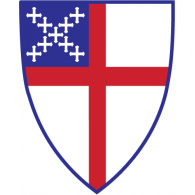 "We are deeply saddened for our sisters and brothers in The Episcopal Church that their church’s biblically-grounded and sacramentally-vested commitment to the unequivocal welcome of all God’s children, inclusive of lesbian, gay, bisexual and transgender persons, has resulted in a brash censure from a plurality of presiding bishops within the Anglican Communion, meeting this week in Canterbury, England.

Sadly, as far too many LGBT people know first-hand, rejection by one’s own family hurts like nothing else. Too often, such alienation is met with unspeakable heartache. Certainly this must be the feeling that many faithful Episcopalians are experiencing right now, as their own faith family has unjustly rendered them to be lesser than, by suspending their participation in decision-making and governance in the wider Anglican Communion for at least three years.

Yet, just as the Episcopal Church remains fully Anglican at its theological and liturgical core, it also remains fully Christian, this we know and loudly affirm. There exists a global family of fervent believers – most especially the people of the United Church of Christ – who stand alongside our Episcopal friends in solidarity, prayer, love and abiding respect.

As Episcopal Presiding Bishop Michael Curry has so powerfully affirmed, ‘It may be part of our vocation to help the Communion, and to help many others, to grow in the direction where we can realize and live the love that God has for all of us.’ The United Church of Christ, alongside others, remains steadfastly committed to partnering with The Episcopal Church as, together, we seek to live out that noble and necessary truth-telling, life-changing vocation. Toward that holy aim, we are confident that our Loving God will be lifted and glorified.”

The Rev. John C. Dorhauer
General Minister and President of the United Church of Christ