UCC leaders see Supreme Court decision as a 'step backward for religious freedom in the U.S.' 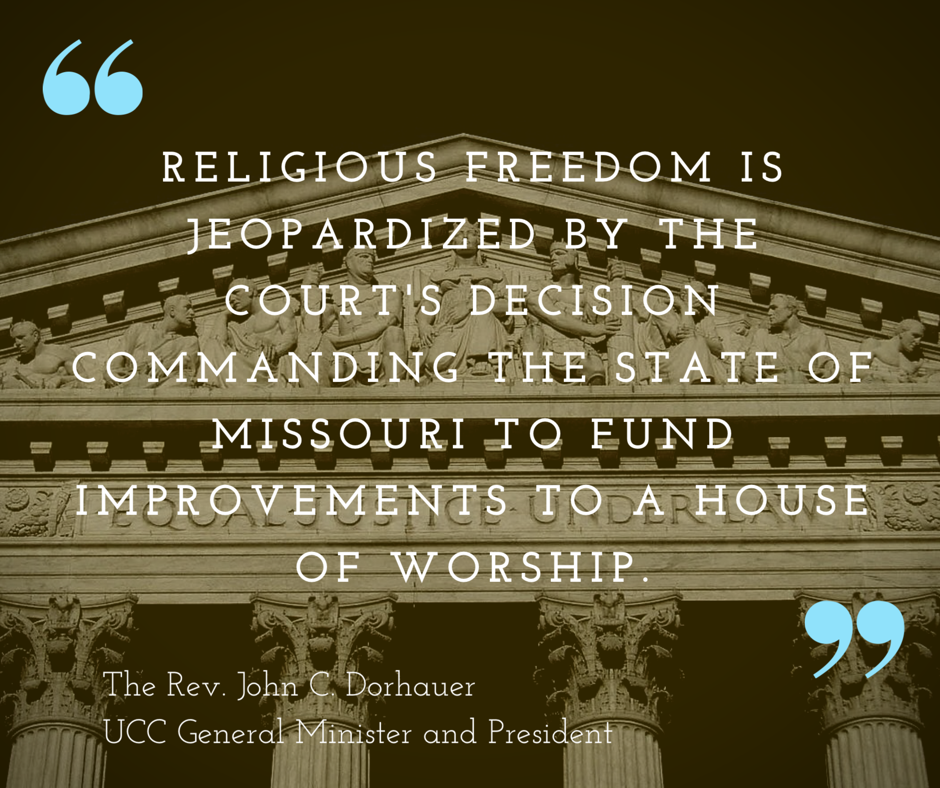 A Supreme Court decision over a church playground could have far-reaching implications in the religious freedom of all people, and in the separation of church and state.

Monday, June 26, the nine justices ended their term by siding with a Missouri church that was refused taxpayer money to rehab its playground, ruling that efforts to keep church and state separate go too far, writing that "denying a generally available benefit solely on account of religious identity imposes a penalty on the free exercise of religion."

The court cited the First Amendment in its 7-2 decision, indicating that excluding churches from state programs for which other charitable groups are eligible violates the Constitution. Missouri decided not to fund improvements to a church's playground, based on the law separating church and state. According to the Washington Post, Missouri's state constitution, like those in about three dozen states, prohibits government from spending public money on "any church, sect, or denomination of religion."

"The United Church of Christ supports religious freedom for all; that freedom is jeopardized by the Court's decision commanding the state of Missouri to fund improvements to a house of worship, compromising the independence of religion from the state," said UCC president, the Rev. John C.Dorhauer. "This is a step backward for religious freedom in the U.S."

The UCC and the Baptist Joint Committee for Religious Liberty joined an amicus brief that supported the state of Missouri. Church leaders see this opinion as a shift in the Court, which, with this decision, is treating religious freedom as discrimination.

"Religion and the state both have strong non-establishment interests. A church is fundamentally religious," said Heather Kimmel, UCC general counsel. "The Court's decision to require that the state fund improvements to the church is contrary to precedent recognizing that religious liberty supporters, including predecessor denominations of the UCC, fought and won the right to be free from taxpayer-supported religion."