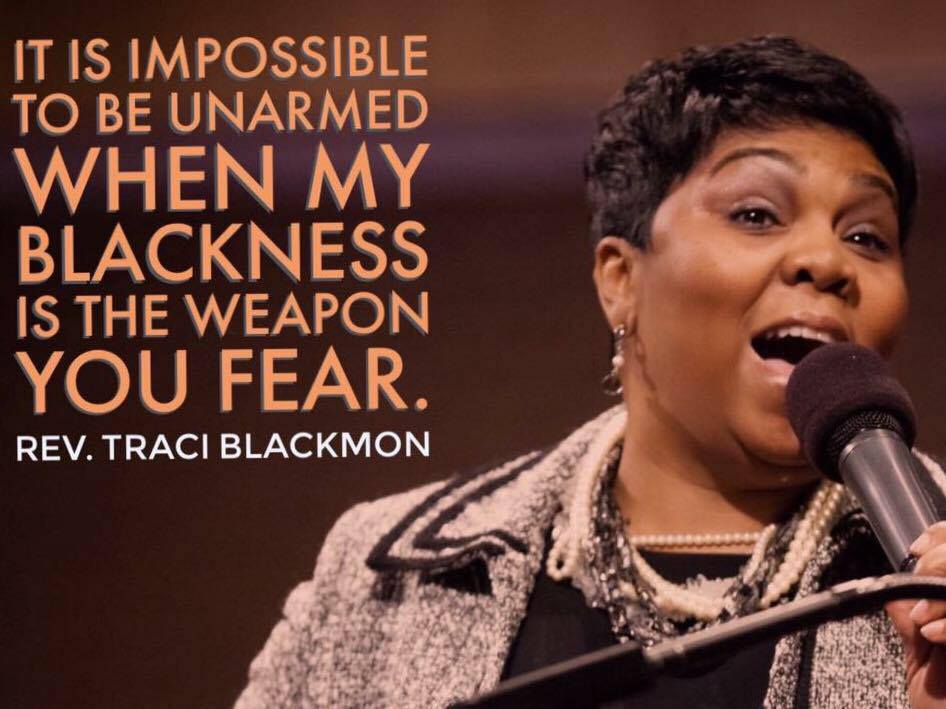 Two families are mourning the loss of black men at the hands of police after a pair of deadly shootings within the last week in North Carolina and Oklahoma. United Church of Christ leaders in those states say the church and the nation must refuse to continue living in a climate where injustice is the norm.

Protests in Charlotte have turned violent for a second straight night, while peaceful demonstrations have taken place in Tulsa.

"I believe the violence which erupted in North Carolina is symptomatic of a community in crisis," said the Rev. Edward S. Davis, conference minister of the UCC Southern Conference. "Trust is broken between law enforcement and the African American community. The criminal justice system is broken. We live in a climate where injustices are tolerated. People of color are experiencing trauma as well as spiritual crisis [of feeling abandoned by God]."

Added Davis, "Whenever there is the slightest possibility of injustice, we must collectively, and not selectively, raise our voices with cries for justice and truth. We must work collectively to guard the humanity of all people. Yes, we need to pray. I believe prayer changes things. Yet, just as important, we need hands and hearts that will speak up, get up, and put flesh to the Gospel."

A Tulsa police officer on Sept. 16 shot and killed 40-year old Terrence Crutcher, whose car was found abandoned in the middle of the road as police were en route to another call. Crutcher was unarmed and had his hands in the air. The officer, who opened fire because she thought Crutcher had a weapon or was reaching for one, has been charged with first degree manslaughter.

"Whether one chooses to acknowledge it or not, there is clearly something seriously wrong in our country with the use of force by police, and with the characterization of a Terence Crutcher, as 'a bad dude' with no real or valid information," said UCC Kansas Oklahoma Conference Minister Edith Guffey. "I hope we are all outraged about all of it: the shootings, the deaths, the use of force, the deep-seated and stokedfear and racism in our country, and that we commit ourselves wherever we are to doing the hard work required to change the systemic issues underlying these senseless deaths. Let's refuse to return to business as usual just waiting for another life to be reduced to a hashtag."

In the shooting in Charlotte, 43-year-old Keith Scott was sitting in a car at an apartment complex when police arrived to serve someone else with a warrant. Police claimed that Scott was holding a gun, while his family contends he was holding a book, and fatally shot him.  In North Carolina, open carry of firearms is legal.

"These shootings have sparked anger, rage, and fear in many African American communities where people already believe that the humanity of Black lives is disregarded and discounted, as there have been too many who have disproportionately experienced death by the hands of police officers or while in police custody," Davis said.

"Questions are asked, such as how can a black man in North Carolina, where open carry is legal, be an immediate threat because officers allegedly saw a gun in his possession, and then they shot and killed him? Or how can police officers manage to capture alive a terrorist who is running, armed, and shooting at officers, while a black unarmed citizen, with his hands in the air can be seen as a threat and fatally shot, who had not committed any crime? Why does it seem, especially in African American communities, that simply being black while walking, driving, or standing, can cost them their lives?"

"Let us all join hands together," said Davis. "Let us all pray for our citizens, our police, our politicians, and our nation that we may all be one in our love for both ourselves and humanity as we keep hope alive! And, let us mean it!"