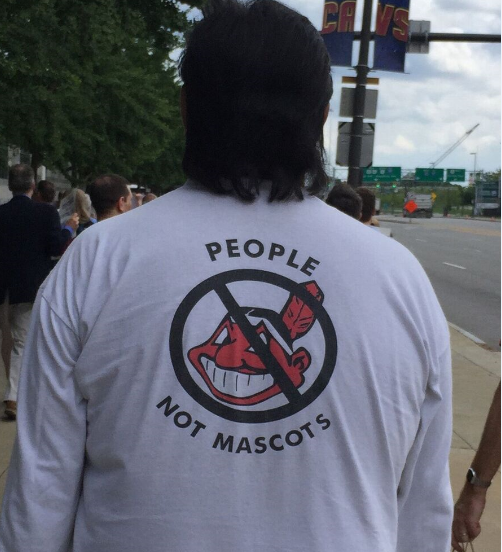 United Church of Christ leaders believe the Cleveland Indians are taking a step in the right direction with the decision to retire the team mascot after the 2018 season.

The franchise's Chief Wahoo, a grinning caricature of a Native American which debuted on team uniforms and on-field signage in 1948, will be eliminated from both next year. Major League Baseball Commissioner Rob Manfred, in a statement Monday, Jan. 29, citing the need for "diversity and inclusion," indicated that use of the logo is "no longer appropriate."

Indians owner Paul Dolan acknowledged that while many of the team's fans have a "longstanding attachment" to the mascot, removing the logo from the on-field uniform by the start of the 2019 season is the right way to proceed.

"We celebrate this victory and continue to stand with our sisters and brothers working towards equity, dignity and respect for their culture not be be used for commercial enterprises," said the Rev. Velda Love, UCC minister for Racial Justice. "The United Church of Christ works alongside the Native American community and honor them and the work to end racism and find justice for all."

For decades UCC advocates have called on the team to abandon the polarizing image, joining Native American organizations protesting the use of the mascot. The UCC national offices in downtown Cleveland are just steps away from the ballpark and church staff members could routinely be found demonstrating for a name and logo change on Opening Day and other high profile games.

"I want to thank the Cleveland baseball team for ending the use of the Wahoo logo in 2019," said the Rev. John Dorhauer, UCC general minister and president. "Having picketed and protested many times through the years, I am more than happy to see this. I regret that it happened three weeks after Juanita Helphrey died – it was she who kept this matter always before us here in Cleveland. Taking a moment to celebrate this decision is important – but we should also realize there is more work to be done here." 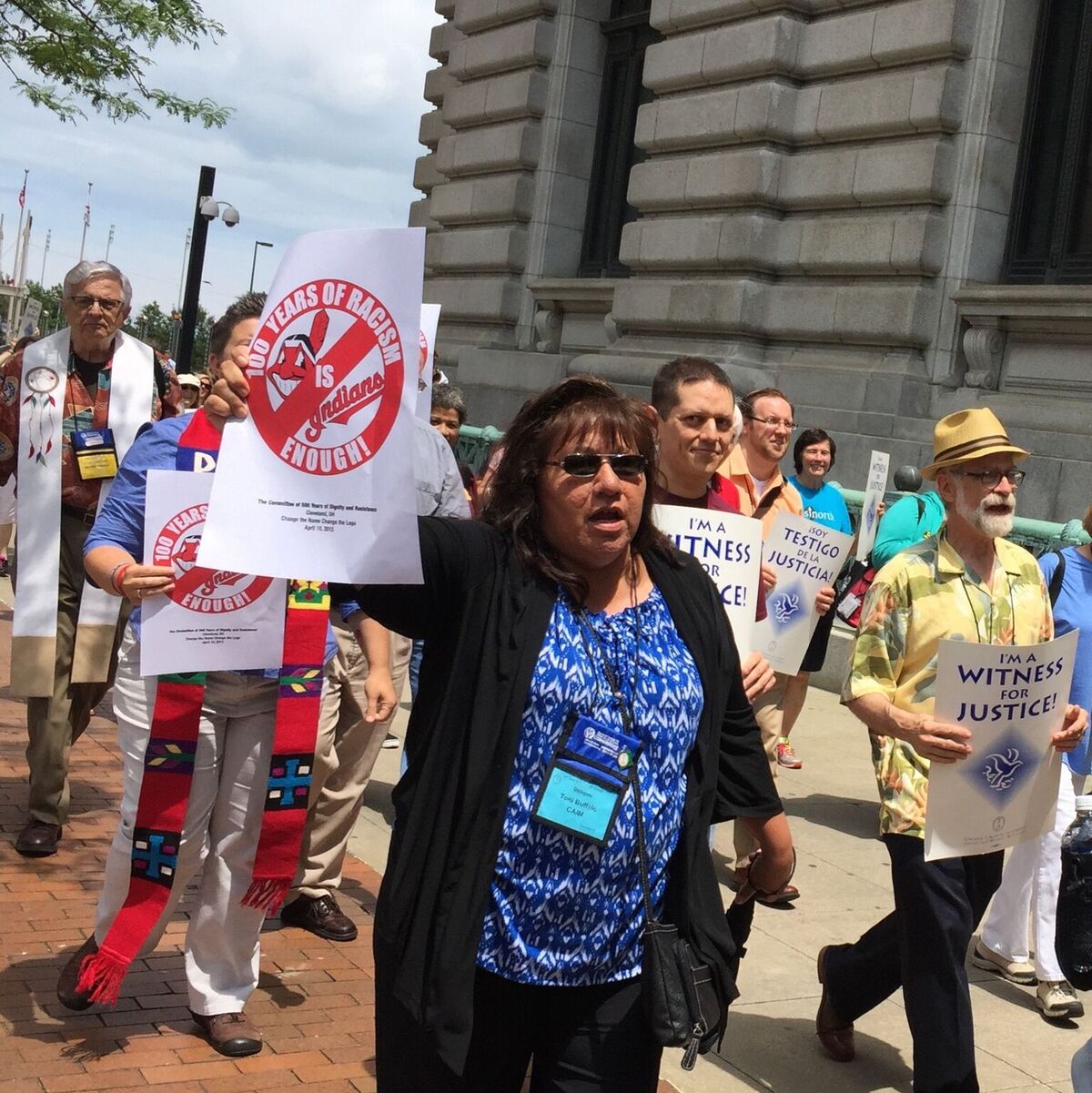 In 1991, the UCC General Synod passed a resolution calling upon church members to work for the elimination of negative stereotyping of Native Americans and the use of Native American imagery for sports team mascots, names and logos. In the summer of 2015, General Synod attendees delivered 3,000 petitions to the baseball team and City of Cleveland calling for a change of the Cleveland franchise's mascot and name.

Team owners are adamant about keeping the nickname, an issue the UCC and one of its local partners will keep petitioning to change.

"Nothing changes for us," said Ferne Clements, former UCC staff member and secretary of the Committee of 500 Years of Dignity and Resistance, a coalition of organizations and activists in Northeast Ohio committed to enhancing and protecting the cultural human rights and heritage rights of Indigenous people. "We will be demonstrating, holding our annual conference and educating the public until the name and logo are gone. Fans will still make a mockery of what is sacred to the Indigenous peoples."

The team has used the name "Indians" since 1915. The ball club has slowly phased out usage of the Wahoo logo in recent years, removing it from the road caps in 2011 and from the batting helmet in 2013 in favor of a block-lettered "C," which along with the script "Indians," continues as the team's primary brand.

The team will retain the trademark for Chief Wahoo, and while the caricature will remain on retail items in the team shop and stores around the Cleveland area, it will not be found on the field or on signage in and around the ballpark. The Indians are slated to host the MLB All-Star Game at Progressive Field in 2019. The All-Star patch will replace the divisive mascot on the uniform sleeves next year.

The Change the Mascot campaign on Monday applauded the Cleveland Indians for agreeing to drop the Chief Wahoo logo in 2019 and challenged the NFL's Washington Redskins to follow the baseball team's example and discontinue the use of their own "hurtful" nickname.

The United Church of Christ passed a resolution in 2015 calling for the National Football League and the Washington Redskins franchise to change the team name and refrain from the use of any images or mascots that could be harmful or demeaning to the Native American community. The General Synod resolution calls on the denomination's nearly 1 million members to boycott all team games and merchandise until the name changes.