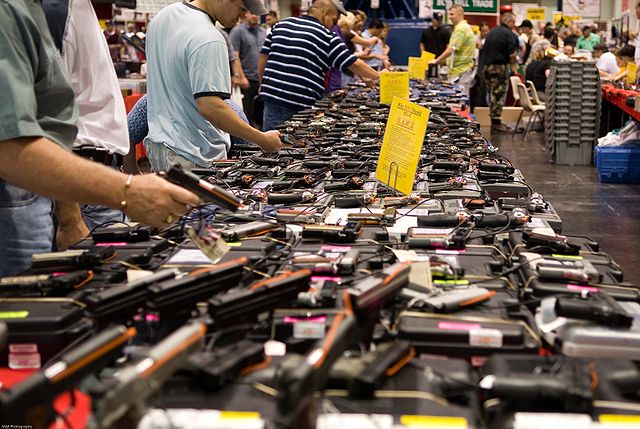 After the announcement on Tuesday, Jan. 4, by President Barack Obama that his administration would implement several measures intended to curb gun violence, United Church of Christ leaders are applauding his effort to take action when Congress would not.

Sandy Sorensen, director of the UCC Justice and Witness Ministries office in Washington, D.C., said, "In the face of total Congressional inaction after thousands of people have been shot and killed after Sandy Hook, Congress had the option to do something and failed to act. Doing nothing is not an option, especially when you have more than 30,000 people in a year die from gun violence. If this were any other epidemic, the government would do something."

"We see [the president's measures] as a needed next step in the process," Sorensen added. "It's not going to solve the problem completely, and it won't end all mass shootings, but it's a step to prevent guns from getting in the hands of people who might do harm."

Part of the president's order clarifies an existing law that requires almost anyone who sells guns to register as a dealer and conduct background checks on potential gun buyers. Obama also proposed supporting greater mental health access, more research for gun safety technology, and increasing the number of agents and investigators who help process background checks by 50 percent. But some of these proposals rely on funding increases, something that Congress is likely to reject.

According to the New York Times, almost 21 million gun sales were processed through the background check system in 2014, but some industry analysts say as many as 40 percent more firearms could have been sold through private transactions that were not subject to scrutiny. An overwhelming majority of Americans — 90 percent — favor strengthening background checks to make them mandatory for all gun sales, according to PolitiFact. When Congress did not enact any new laws for universal background checks after several mass shootings, gun control advocates turned to individual states to push for changes. As a result, more than 18 states are now imposing some form of a background check.

The UCC is part of the Faiths United to Prevent Gun Violence, a coalition of 50 churches and faith-based organizations, and has long advocated for stronger background checks as one step to prevent gun violence.

"The measures enforce and clarify laws already on the books, it strengthens the capacity of the existing background check system and it eliminates inconsistencies in how states report their data. The president's action would also better report mental health concerns," Sorensen said. "There is certainly more than can be and should be done. But this does help slow the trafficking of guns."

Another aspect of the executive action is that it keeps the conversation on gun violence prevention going, something Sorensen believes is important. "It's a conversation that people of faith are called to have," she said. "What is our response to a society in which tens of thousands of people each year are killed by gun violence?"