UCC general minister and president responds to grief of a community, nation, after Las Vegas shooting 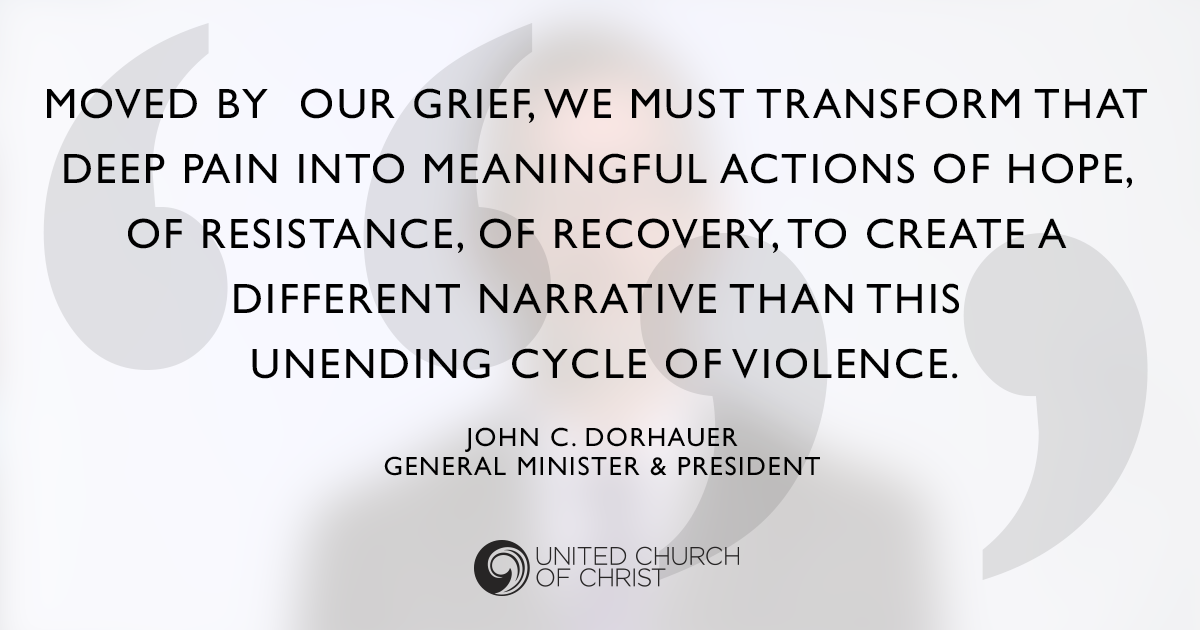 The leader of the United Church of Christ, saddened and sickened over the loss of life in a mass shooting Sunday night in Las Vegas, offers prayers for those killed, the injured, their families, the first responders on the scene, and those who continue to provide physical and pastoral care in that community.

At least 59 people were murdered and more than 500 injured after a gunman opened fire on an outdoor concert on the Las Vegas strip Sunday night, the deadliest mass shooting in modern American history.

"Every lost life is a name, a history, a hope, a story - an unfulfilled future," noted UCC General Minister and President John Dorhauer. "Every lost life leaves behind loved ones who mourn and grieve and piece together a future of their own torn asunder by matters we cannot comprehend. I can't find words to capture this pain, this collective grief and anger. I cannot reach deep enough into my soul to express fully the pain, the anger, the rage, the confusion, the anxiety, the emptiness. When will it end?"

On Oct. 1, a 64-year old local man repeatedly fired into the crowd of 30,000 people at a country music festival, from a 32nd story window in the Mandalay Bay Hotel and Casino. The gunman was found dead, and while the Las Vegas sheriff hasn't yet established a motive for the shooting, investigators said at least 10 rifles were recovered from his room.

"Moved by grief, let us transform our pain into action," Dorhauer prayed. "Let us set our hearts and our minds and our hopes on a future of meaningful action that seeks to undo (violence like) this and restore onto us a tomorrow filled with hope and promise."