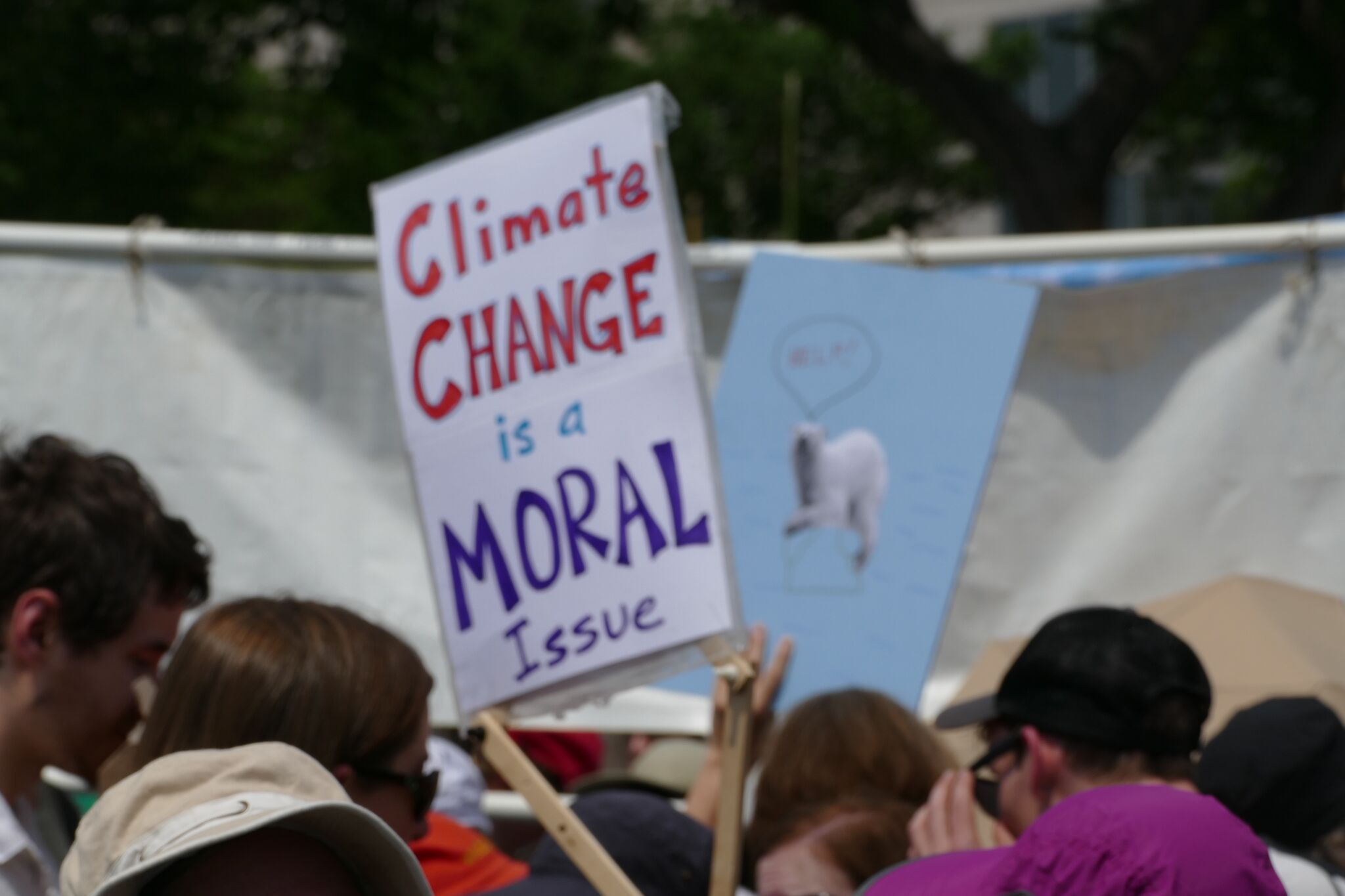 United Church of Christ justice leaders today (Nov. 27) responded to a dire climate change report — released Friday, Nov. 23, by U.S. Global Change Research Program — that gives a detailed analysis of the effect of climate change on every facet of life in the United States.

"Climate change is transforming where and how we live and presents growing challenges to human health and quality of life, the economy, and the natural systems that support us," the report reads in part.

The Rev. James Antal, Special Advisor on Climate Change to the UCC General Minister and President and longtime creation justice advocate, said the findings prompt immediate action. As Massachusetts Conference Minister, Antal authored the 2017 General Synod resolution that calls upon UCC churches and congregants to speak out about the 'moral issue' of climate change.

"The time has come for people of faith to embrace climate change as a moral issue," Antal said. "It's up to us to compel civic, municipal, educational, health, business, state, and federal leaders to embrace the available robust responses to climate change that are already at our disposal."

The Fourth National Climate Assessment is the second half of a two-volume analysis required every four years by the Global Change Research Act of 1990. Volume 1, released in 2017, dealt with the effect of climate change on the physical earth system across the United States. The new volume deals with the human welfare, societal, and environmental elements of climate change and variability for 10 regions across the country.

The full report is online, said Antal. "The website allows you to download the chapter for your geographic region, detailing the effects already being felt in your area as well as offering a comprehensive analysis of the consequences you and your neighbors will soon be facing. Every pastor should read and share from the pulpit the alarming news as a first step on the path of providing their community with climate leadership."

The climate assessment is in direct opposition to views expressed by U.S. President Donald Trump. According to The Atlantic, the decision to release the report on "Black Friday," when attention was diverted elsewhere, was not made by the U.S. Global Change Research Program.

"The most recent form of rampant climate denial from the Trump administration took the form of choosing 'Black Friday' — the annual celebration of consumerism," said Antal. "The White House chose this, of all days, to release the most thorough — 1,600 pages — and alarming climate report to date."

The report's findings are based on a rigorous assessment of peer-reviewed scientific literature. It is endorsed by NASA, NOAA, the Department of Defense, and 10 other federal agencies. The denial of the effects of climate change by the current administration in the face of a report of this magnitude can only hinder saving the planet, said the Rev. Brooks Berndt, the UCC's minister of environmental justice.

"When it comes to addressing climate change in the United States, there is a glaring moral disconnect between government research and government policy," said Berndt. "It is like the doctor who knows the problem and the remedy, but willfully decides to aggressively make the problem worse: Right when we need more environmental protections, our government is zealously taking away the ones we have. Right when we need far more climate action, our government is intentionally dismantling past climate action."

The climate assessment reports on the impact of climate change already being felt in the United States. For example, it reads, "People who are already vulnerable, including lower-income and other marginalized communities, have lower capacity to prepare for and cope with extreme weather and climate-related events and are expected to experience greater impacts."

The severity of those impacts in the future depends on what actions are taken to reduce greenhouse gas emissions and adapt to inevitable climate-caused changes in society. "Climate change creates new risks and exacerbates existing vulnerabilities in communities across the United States, presenting growing challenges to human health and safety, quality of life, and the rate of economic growth," reads the report.

Said Antal, "The study makes clear that climate change is already intensifying every social injustice we, as a people of faith, are committed to address."

A special webinar will address the Fourth National Climate Assessment. It takes place Wednesday, Jan. 9, at 1 p.m. Guests will include the Rev. Jim Antal and a climate scientist, and is part of the UCC's Creation Justice Webinar series. More information can be found here.