Delegates of the 32nd General Synod United Church of Christ approved a resolution of witness Saturday morning, June 22, which calls upon the denomination to advocate for the immediate end to governmental agencies' practice of separating immigrant minor children from their parents except in circumstances where the parents pose a threat to the child and for the quick reunion of those children who have already been taken away.

The Rev. Marilyn Pagán-Banks, pastor of San Lucas UCC in Illinois and chair of Illinois Justice and Witness Ministries, spoke as a proponent of the resolution, entitled "Protection of Immigrant Children and their Families." She called on the delegates to use "the power of our collective voice to speak against the separation of children from their families."

While describing the conditions of detained children, Pagán-Banks said many of the children are taking care of other children. 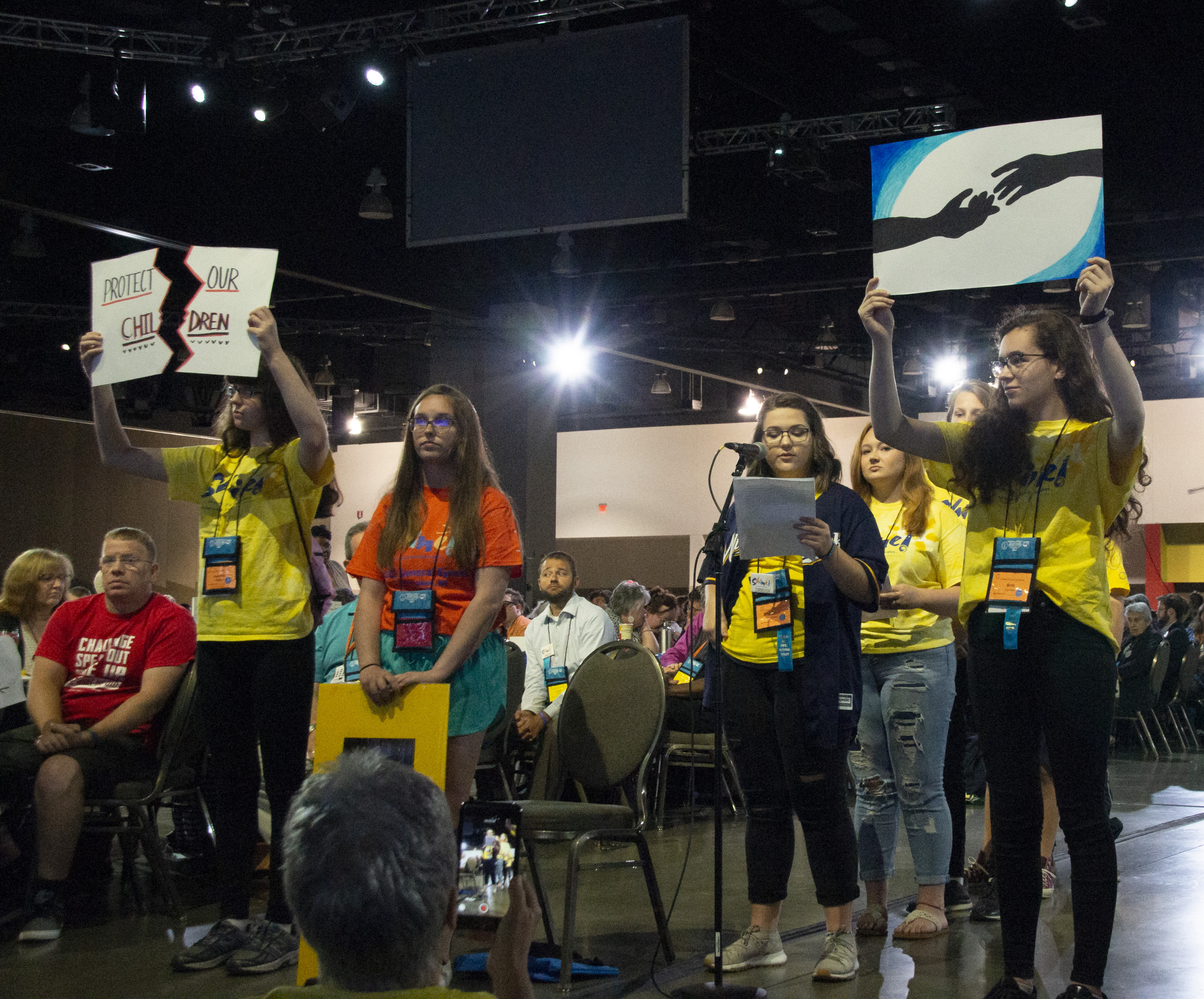 "These are our children. The United Church of Christ is a leader in standing up for what is right and protesting the inhumane. One of our great loves is the love of children."

After citing results of multiple studies on the negative effects of separating children from their parents, reminding delegates about the longtime commitments to extravagant love and welcome and commitments to justice, one of the youth asked, "Is it just to turn away from the pain of people who have done no wrong?"

"We, the youth, have chosen to support the resolution," said the final speaker.