UCC Massachusetts Conference Minister and President the Rev. Jim Antal was one of 16 clergy arrested on Wednesday, May 26, after entering the construction site of a natural gas pipeline in West Roxbury, halting the work there.

The interfaith group included UCC, Episcopal, Unitarian, Presbyterian and American Baptist ministers, Rabbis and Cantors, Hindu and Buddhist clergy. Other UCC participants were the Rev. Rob Mark, pastor of the Church of the Covenant in Boston, and the Rev. Margaret Bullitt-Jonas, Missioner of Creation Care for both the Massachusetts Conference and the Episcopal Diocese of Western Massachusetts. No one at the protest could recall a time when a group of faith leaders had been arrested in an act of civil disobedience in the Boston area.

Local media documented the protest as the clergy marched to the site, accompanied by over 100 supporters, and then sat down with their legs dangling into the 12-foot deep trench in which the high pressure Spectra pipe is being laid. They sang and then some of them offered short sermons about the environmental issues raised by the installation of the pipeline. 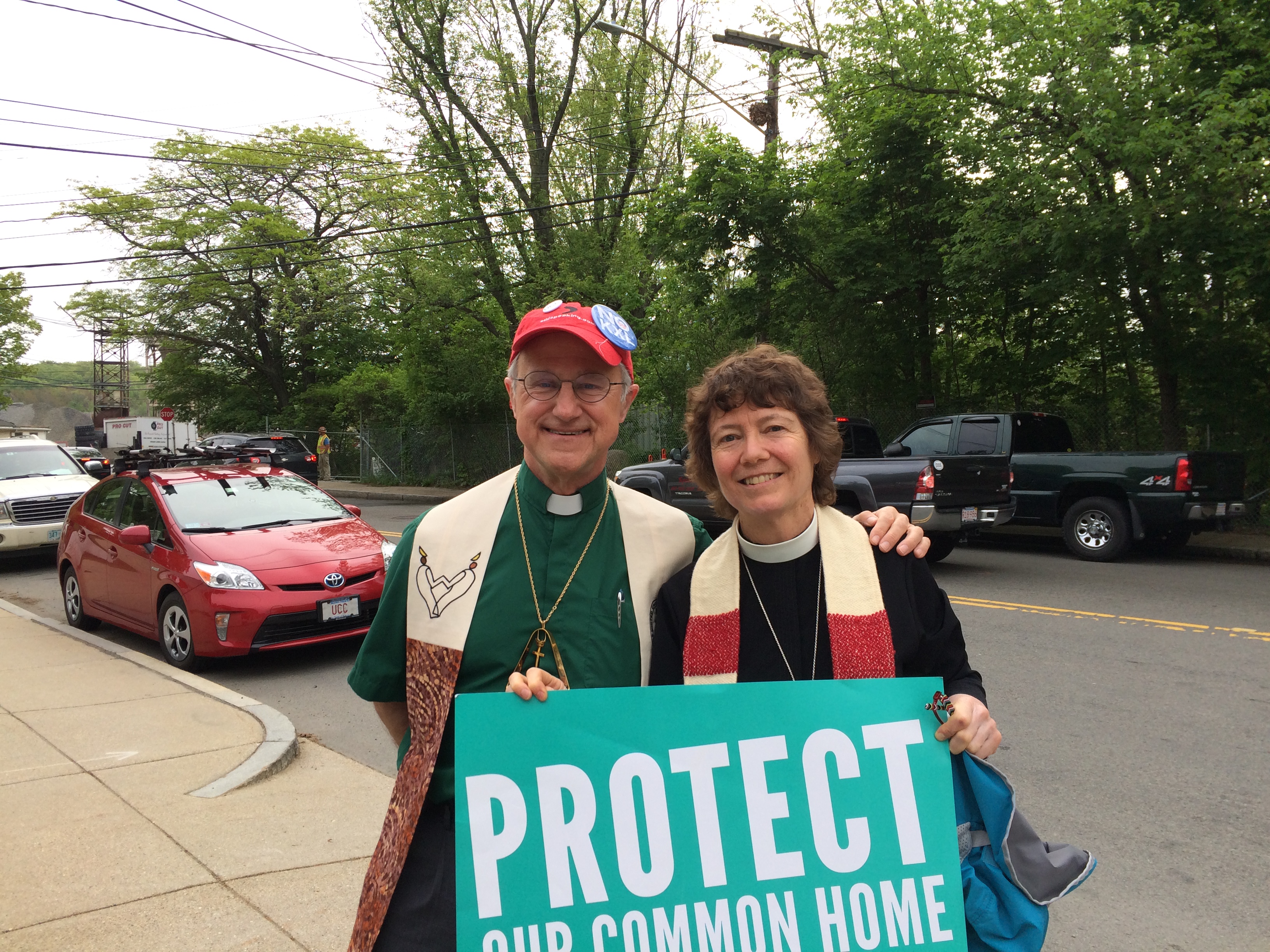 Antal held up a picture of his one-year-old grandson and told the crowd and the media: "This pipeline is a lie. The Boston area – indeed the world – doesn't need this additional fossil fuel. It's our task to keep this fossil fuel in the ground. The building of the pipeline is driven only by the greed of corporations and outmoded ways of thinking."

"As faith leaders, we need to invite and inspire all who claim a connection with God – whatever their religious perspective – to recognize that it's up to our generation to change history," he said. "That's what people of faith did in the abolition movement, the civil rights movement, South Africa, and the LGBTQ movement. It's time for faith communities to restore the earth to its rightful owner: the earth is the Lord's."

Antal noted after the protest that the District 5 police treated the clergy with the "utmost respect." They were handcuffed and taken into custody. They were later released on personal recognizance and will be required to return to court at a later date to face trespassing charges.

The complete statement by the clergy can be found here.