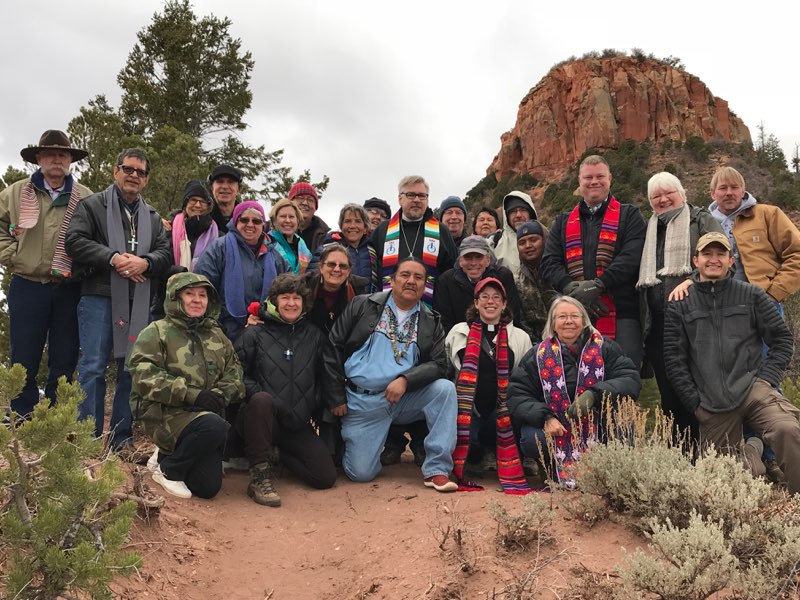 UCC ministers, part of an interfaith religious leadership group in the West, joined forces with leaders of five Native American tribes to protect their sacred sites and save beautiful land in Utah threatened to be opened up to development.

The clergy and representatives of the Hopi, Pueblo of Zuni, Ute, Mountain Ute and the Navajo Nation converged on Bears Ears National Monument, a 1.35-million-acre protected area in southeast Utah that is sacred to Native Americans, and faces significant downsizing by the Trump administration.

"Bears Ears is the only national monument created at the request and by the design of Native people,"said UCC Southwest Conference Minister the Rev. William Lyons. "To reduce its size is not only a tragedy for the land and the wildlife, but this effort overflows with racism against the Navajo Nation, Ute Mountain tribe, Hopi tribe, Pueblo of Zuni, and the Ute Indian tribe. I hope to lend my voice as a privileged American to the voices of ones closest to this land who are being ignored."

Lyons, one of six UCC representatives in a group of two dozen spiritual leaders and environmental advocates from Arizona, New Mexico, Colorado and Utah, traveled to Bears Ears Nov. 16-17 to be in community with the tribal leaders whose ancestors have been on Bear Ears land for thousands of years. 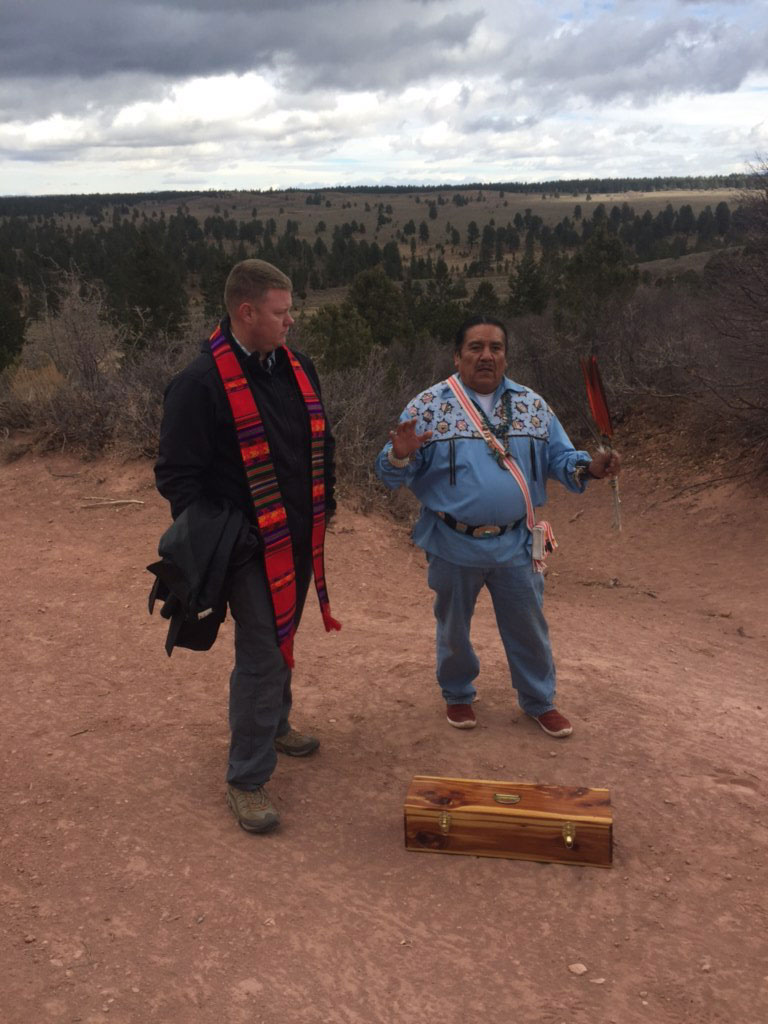 The interfaith group decided on this trip, a pastoral presence and a call to action, when it was announced by U.S. Senator Orrin Hatch's office that President Trump plans to make an early December trip to the area to announce he will both downsize and diminish conservation protection for Bears Ears, along with Grand Staircase National Monument, and possibly other public lands.

"This trip is an opportunity for spiritual leaders from all four corners, from various faiths, denominations and traditions to all come together to protect America's sacred places," said the Rev. Andrew Black, Presbyterian minister, trip organizer and director of community relations and education for the New Mexico Wildlife Federation. "We recognize that an attack on one sacred place is an attack on all sacred places and we have come together to highlight for the nation the moral and ethical implications of such attacks on our land, water, wildlife and the whole of creation."

"Bears Ears National Monument is one of the most unique and picturesque landscapes in the southwest," he continued. "Filled with incredible wildlife and biodiversity, this area provides not only an amazing opportunity for sportsmen and outdoor recreationalists, but is also sacred to many tribes throughout the area who deeply value the land, water and wildlife within the National Monument."

This 'Coming Together to Protect America's Sacred Places' brought Indigenous spiritual leaders from Bears Ears Inter-Tribal coalition together with Jewish rabbis and Christian clergy (from PCUSA, ELCA, UCC, Lutheran and Catholic faiths) for a cultural dialogue and exchange about the importance of protecting Bears Ears National Monument and other public lands in America. The group met in Blanding, Utah, to travel together to the monument for hiking, prayer and spiritual reflection. 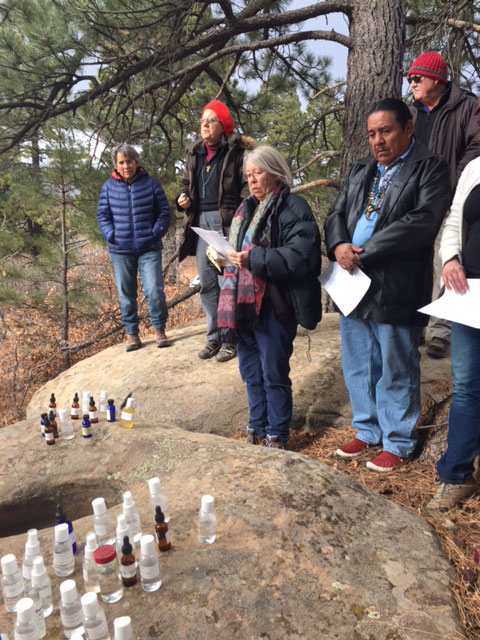 During the trip, a service of healing and blessing at Kigali Overlook was led by Sister Joan Brown, the executive director of New Mexico Interfaith Power and Light, a creation care and climate justice organization. A natural basin rock was anointed with water from 34 locations from around the world. Lyons used water from the Arctic Sea.

"This water reminds me that Arctic ice is melting too quickly because we have wounded Mother Earth," Lyons said. "Creator, help us with courage to stop wounding your creation. Brother Jesus, help us listen to the cries of the land. Holy Spirit, heal the wounds of ones who continue to wound the earth out of their own brokenness and hurt."

The faith group is urging like-minded clergy to sign on to a letter to President Trump by Nov. 30, calling on his administration to refrain from diminishing the size and protections for Bears Ears and several other national monuments.

On Tuesday Nov. 14, Sen. Hatch's office indicated that President Trump may cut Bears Ears National Monument by 80 percent of its current size, following the recommendation of Interior Secretary Ryan Zinke, who visited the site in May. Hatch and other Utah Republicans have said the monument created by President Barack Obama under the Antiquities Act of 1906 locks up too much developable land.

Bear's Ears is just one of 27 national monuments Trump asked Zinke to review, and could be one of a half dozen that has boundaries redrawn. The monument, which the coalition of tribal leaders spent years advocating for, is land long considered sacred, and home to thousands of Native American archaeological sites, including cliff dwellings and petroglyphs.

"In Navajo tradition, land is sacred as long as it continues to teach us, to heal us, or to serve us," said Lyons. "These national monuments have so much more to offer generations to come. Protecting these sacred lands will allow ones following us to learn from them, to be healed by them, and to reap their abundant blessings."