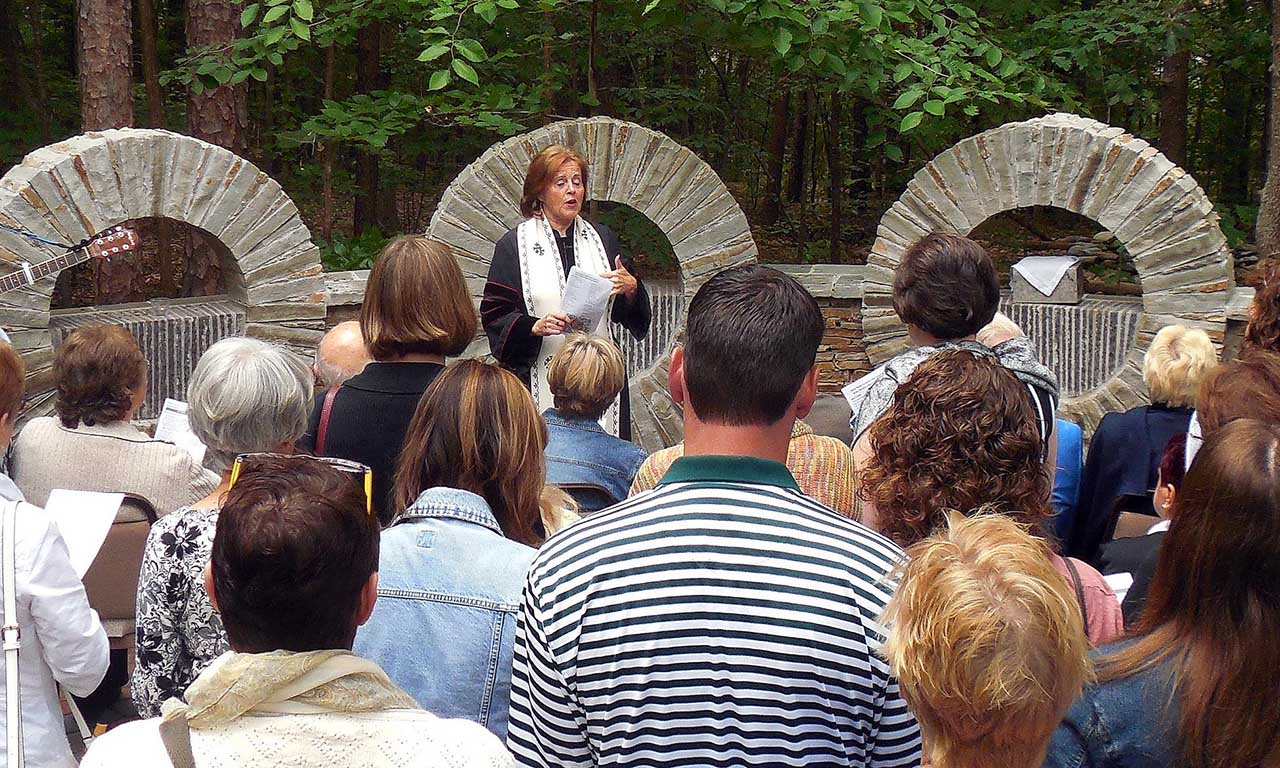 A United Church of Christ congregation on the north side of Charlotte, N.C., is looking to jump start a new ministry in the south Charlotte area, and is willing to provide the funding to get it off the ground.

"This is a great way to reach new generations from the legacy created by generations gone before," said  the Rev. Cheri Lovell, a Holy Covenant member and consultant on this project. "Funding for this new initiative reflects an exciting opportunity in the Protestant landscape —starting new ministries for a new generation from the sale of real estate owned by churches that have closed."

Holy Covenant's Senior Pastor, the Rev. Nancy Ellett Allison said the new ministry doesn't have to be a new church. "The statistics for new church starts, and for churches in general, demonstrate a need for an alternative to the traditional church. Many people are looking for a way to practice their faith and build community that looks quite different from the church most of us know."

A team of Holy Covenant members has been working for the last year to develop the proposal, with Lovell's assistance. Applicants must first complete an online inquiry that introduces their concept and funding plan, by mid-July.

"We hope to respond to every inquiry within 30 days," Lovell said. "So if you submit something today, you can expect to hear back long before the mid-July deadline. The process is rolling to give people plenty of time to do a full proposal."

If their initial idea is found promising by the Holy Covenant team, the applicant will be invited to submit in-depth proposal and business plan required in next round of consideration. That full proposal will be due September 15.

Holy Covenant expects to announce its first project(s) on the first Sunday of Advent 2017. Details about the proposal process are available on the project website.

When Holy Covenant, a 100-year old congregation, merged with the Pilgrim Congregational, which was founded in the 1960's, Ellett Allison and her staff tried to sustain two churches initially. After several years of operating as two campuses, the merged church sold the Pilgrim property in December of 2016 and created an endowment, the Pilgrim Legacy Fund, with 90% of the net sale proceeds — an amount totaling roughly of $1.5M.

"Our agreement with Pilgrim Congregational, when we took them on, if we couldn't make it work, we would designate the money for a new ministry in the South Charlotte area, which includes Fort Mill to Rock Hill," Ellett Allison said. "While we are part of the Christian tradition, we are open to interfaith projects. If it is a new church start, we ask specifically for it to be connected to the United Church of Christ." Other ministries will need to publicly acknowledge where their funding came from.

"Closing Pilgrim was easier for us knowing that something new would grow from what we had planted and nourished for so many years," said Sharon Landis, long-time member at Pilgrim who now attends Holy Covenant.

"We are really open to new ideas, as long as it has a spiritual component," Ellett Allison continued. "So if somebody has a vision for working with the homeless in the wider South Charlotte region, or if one wants to extend or reproduce a successful ministry they have elsewhere, we are comfortable with it being a ministry other than a church."

The Holy Covenant team, made up of members, non-members, young clergy and local business people, has taken a lot of time to pull this project together. Ellett Allison said the team got the idea to poll the community for ideas from UCC General Minister and President the Rev. John Dorhauer. When he visited to speak at Holy Covenant's 100th anniversary, he met with the new ministry project folks and suggested this 'Spiritual Shark Tank'.

That's why the church is inviting people with a good idea to come to them, to create a progressive ministry that Lovell and Ellett Allison say is sorely needed on the south side of Charlotte.

"If someone wants to strictly do a new church start, Fort Mill is the place to go," Ellett Allison said. "We're game for that and will help them figure out the place."

She believes it can only help her congregation, and strengthen the UCC in the area.

"Right now we have folks drive to us from all around, it's really tough. We have people in more than 100 mile radius as members of our church. We're strongly in North Charlotte, on northern loop of 485. There are several members who drive for more than 40 minutes to come to us."