UCC Board moves forward on amendments to constitution and bylaws 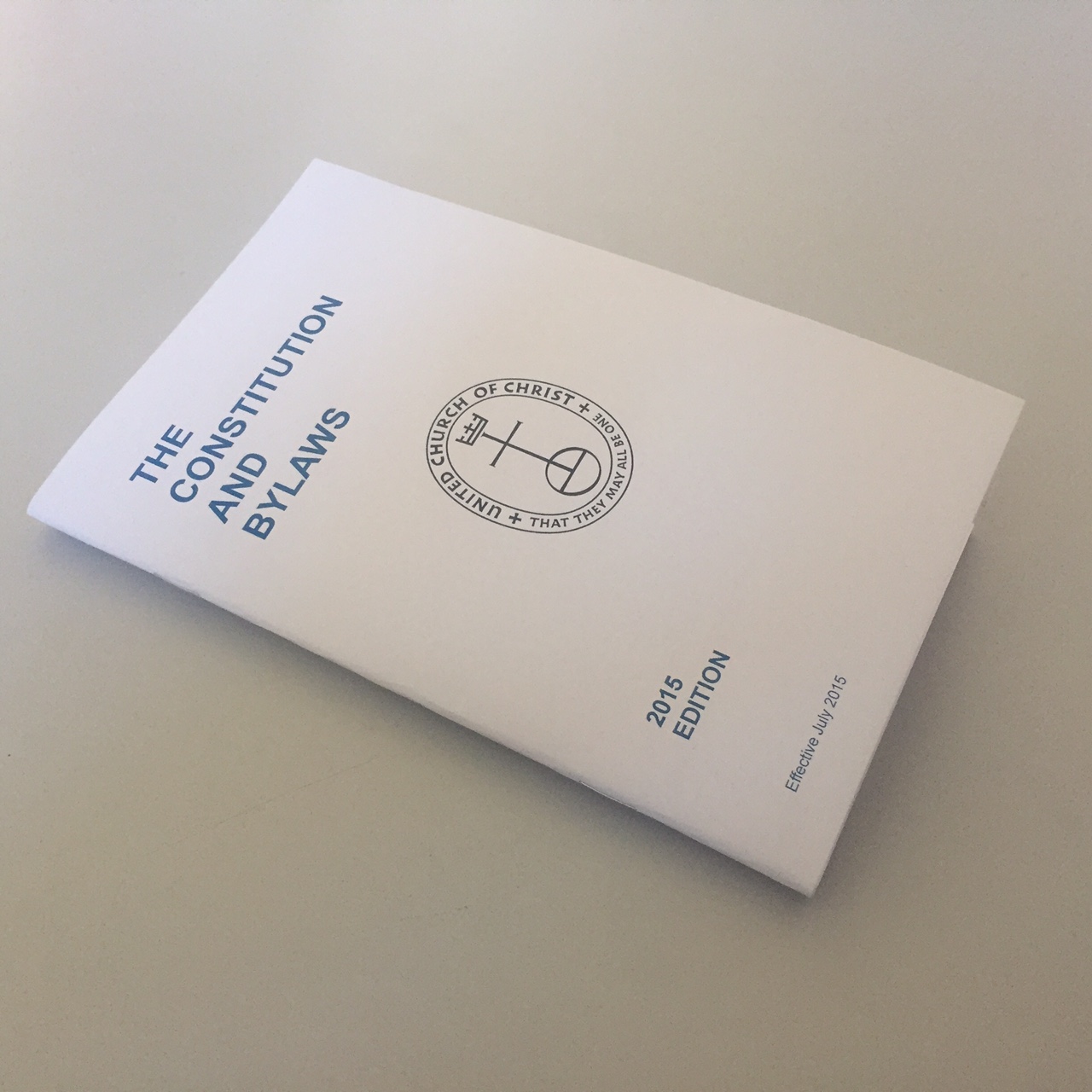 As part of a continuing commitment to review and discuss alterations to the Constitution and Bylaws of the United Church of Christ before General Synod 2017, the UCC Board of directors supports drafting proposed amendments that would more clearly define the lines of responsibility, accountability and authority within the national leadership of the denomination.

Recognizing that the status quo of the current leadership structure is no longer sufficient for a changing denomination, the board engaged a lengthy discussion — one that many members said was its healthiest debate so far — and expects to approve a set of suggested amendments before the end of the year for consideration at General Synod 2017.

"The deliberation by the board this weekend on difficult topics was phenomenal. The affirmation of the board on all the amendments shows a very engaged process," board member Geoff Brace said. Brace is the chair of the board's Governance Committee, which is responsible for reviewing and recommending changes to the UCC Constitution and Bylaws.

"From now to General Synod, we'll be in conversation with the wider church about the purpose of these amendments to the Constitution and Bylaws, and what we hope to accomplish," Brace said. "We pray for the church and our ministry partners during this process, and we ask everyone across the UCC to pray for this process as well."

Two years ago, during General Synod 2015, a previous set of proposals to alter the national leadership of the church failed to gain two-thirds approval from delegates, but after its fall meeting from Oct. 20-22, the board put its full support behind the forthcoming proposals.

"This is a new church and we need to look at it in a new way," said board member Michael Readinger. "We are running it in a siloed denomination that is antiquated. It's time we start thinking about effective management with a general minister and president who runs the church — not alone or autonomously — but in conjunction with the board."

The three elected officers — the Rev. John Dorhauer, the Rev. Traci Blackmon, and the Rev. Jim Moos — all voiced their support, which was a welcome sign for many members of the board. Nesa Joseph told his colleagues, "The fact that the officers are in unison in pushing this forward is refreshing to see. That was not the sense last time."

Fellow member the Rev. Alice Hunt, president of Chicago Theological Seminary, said, "The model we have was built for a specific time... If we want to meet God's mission, we need to be willing to change — even if it's scary."