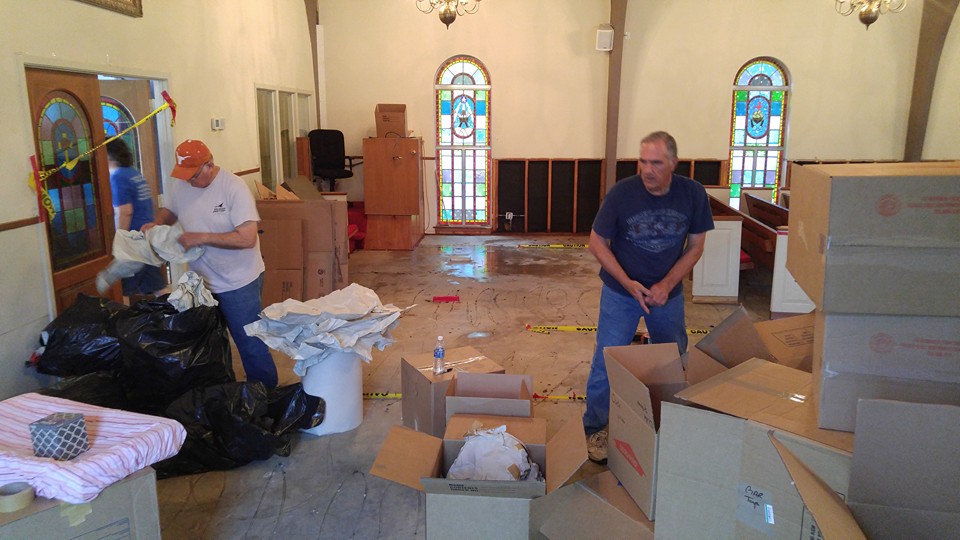 As the cleanup continues in Texas following high winds and flash floods in late April, UCC members are teaming up with the Houston Association of the South Central Conference and UCC Disaster Ministries to help the people affected by the storms find normal again.

"Because we are the UCC, we are concerned not just about people who look like us, but about the whole community and that no one is left behind, no one falls through the cracks," said the Rev. Karl Jones, the UCC Pennsylvania Southeast Conference disaster coordinator. Jones went to Texas to work with the people in the South Central Conference on behalf of UCC Disaster Ministries. 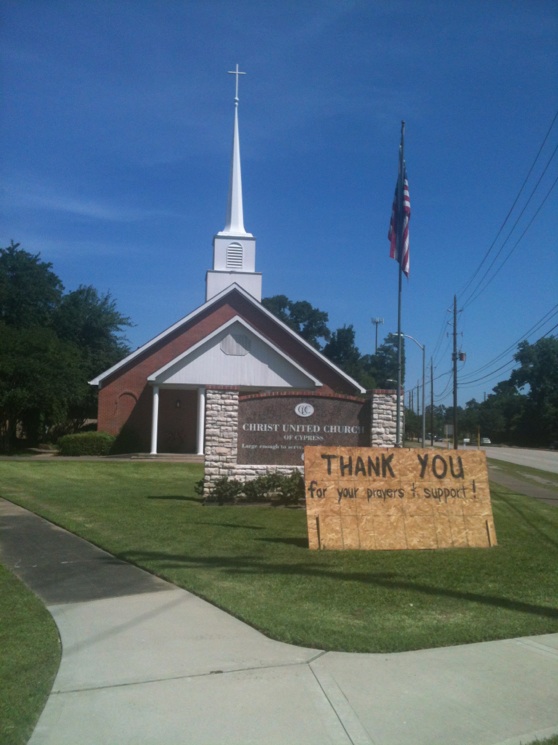 "God has amazingly provided resources to us in the last week,” said Willey. "When the flood hit, we contacted our insurance company and confirmed we had no flood policy. We didn't think it was part of our coverage, we couldn't afford a rider, and they [the insurer] confirmed that with us. But then, the insurance company wrote there had been an oversight –– someone missed an endorsement we [the church] didn't know about. There appears to be limited coverage on part of our building. 'We overlooked this, sorry for the inconvenience.' We potentially have some limited coverage, but every little bit helps.”

Willey and his congregation, with the help of numerous volunteers from the Houston UCC churches and the community, are making progress getting the building ready for repairs. The contents of Christ United Church have been packed in storage units, drywall has been cut, and the building is being dried out.

"It's been a very incredible experience –– God is doing some amazing things down here,” said Willey, who is now collecting contractor bids for the rebuild. "We are still figuring out the costs and the contractors. Ballpark figure is reaching $300,000 in damages to the building and the grounds around the structures.” The church, which shut down a GoFundMe page when it found it had insurance, is still being sent donations to help with the rebuild.

The Rev. Jasmine Quinerly, minister of the UCC Houston Association, has offered to recruit volunteer work crews to assist affected churches and homeowners with cleanup, gutting, mold prevention and remediation, repairs, and reconstruction.

Quinerly also noted that the Houston Association and its congregations are rallying around a young couple in the Cypress community with two children under age 5, displaced from their home by flooding and now living in temporary housing while they go through the process of applying for FEMA and other available recovery aid. The husband works during the day. The couple cannot afford to pay for daycare. The wife went with the children to apply for recovery assistance, Quinerly said. "Resources are available, but she had to stand in line with the babies. The mother said she waited in line 90 minutes and just when she was about to be helped, the children had a meltdown and she had to leave."

In response, the association and local UCC churches are going to pay for day care for the family for a couple months, until the 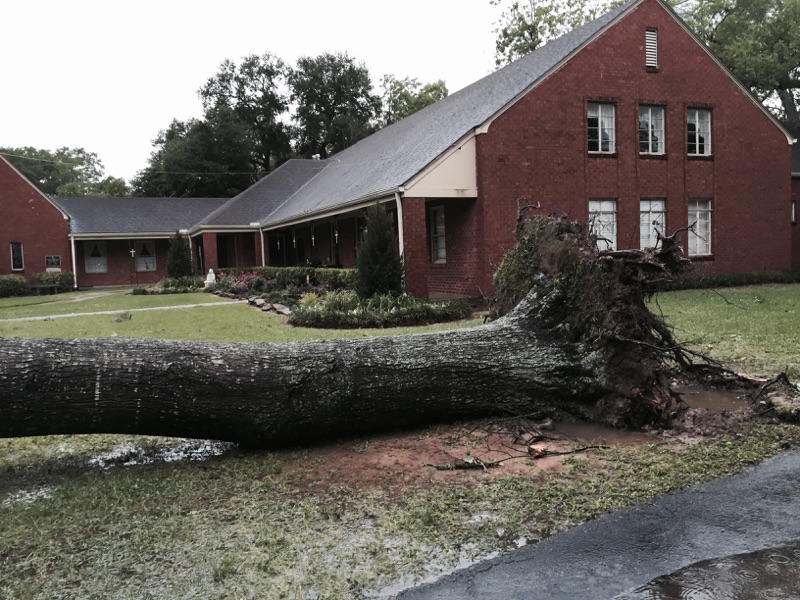 family can get through the recovery process. "It's an immediate, unmet need," Quinerly said. "We found a day care center in Cypress that could take both children. These folks in need know the Association is caring for them."

In turn, the Cypress community is caring for Christ United. While the congregation is currently holding Sunday worship outside, or in the church fellowship hall in the case of rain, three other churches – Episcopal, Lutheran and Methodist – have all offered the use of their facility. "It's amazing the outpouring that has happened," said Shira Iles, church secretary at Christ United, currently working at her dining room table. "Our brothers and sisters in faith are offering whatever they have. We may be able to restore our pews, but if not we have several churches who have called to donate some."

Jones urged the Association and Conference to build on their concern for their churches and members to be of service to the wider community.  "The whole community needs someone to think about them," he said.

"As long-term recovery specialists, we want to go far," Jones said.  "We helped the UCC churches get through the first part of the tragedy. Now it's time to get the tools and connections to make a real contribution to the long term."