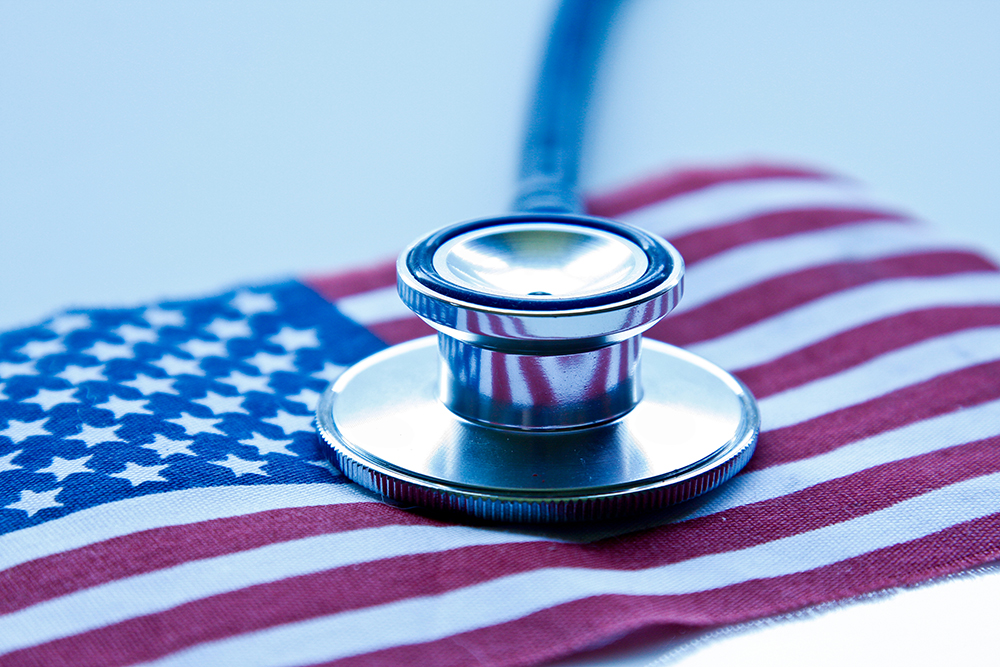 Senate Republican leaders, sensing they lack the support to repeal the Affordable Care Act, put a halt on a planned vote on the GOP replacement bill until after the Fourth of July holiday. Advocates of the United Church of Christ, while cheered by Tuesday’s action, continue to speak out in support of those who stand to lose the most in this healthcare debate — the 22 million Americans who may be left without coverage, and countless others facing rising out-of-pocket costs.

"Not only does the Senate’s misnamed 'Better Care Reconciliation Act’ fail to correct the most harmful provisions of the House-passed American Health Care Act, it would make devastating cuts to Medicaid," said Sandy Sorenson, director of the UCC advocacy office in Washington, D.C. "We are left with a picture of the parable of the Good Samaritan in reverse: powerful decisionmakers passing by millions of our country’s most vulnerable people — children, senior citizens in nursing homes, people living with disabilities, working families — and leaving them by the side of the road."

Senate Majority Leader Mitch McConnell’s long-awaited, written-in-secret, health care "repeal-and-replace" bill needs 50 votes to pass, and pushback from colleagues who are expressing skepticism about the measure delayed this week’s procedural vote, keeping it off the Senate floor. To get the legislation through the Senate, Republicans can only lose two votes. In the case of a tie, they can call in Vice-President Mike Pence to cast the deciding vote.

"The move to delay this vote points to the incredible power that people of faith and advocates have to hold our elected officials accountable," said Sorensen. "Now is the time to double down on our advocacy efforts, and keep pushing our Senators to stand with the millions of people whose access to health care is at risk."

Putting their faith in action Wednesday and Thursday, UCC leaders are joining other interfaith advocates participating in "Faith 4 Health Care," a 24-hour vigil on the Capitol lawn as the GOP works to drum up support for the legislation. From 9 to 11 a.m. on June 29, UCC clergy, including the Rev. Traci Blackmon, executive minister for Justice and Witness Ministries; the Rev. Jason Carson Wilson, Justice and Policy Fellow in the UCC D.C. office; and the Rev. Michael Schuenemeyer, UCC executive for health and wholeness advocacy, will join other ministers from around the country speaking out against Obamacare reform. UCC leaders are inviting attendees heading to Baltimore for General Synod to participate in the D.C. action.

"God has spoken and is speaking. But, he also is with you during life’s challenges," said Carson-Wilson. "Premature birth and hydrocephalus were among the challenges life brought me as a child. Medicaid paid for the healthcare needed to survive those challenges and answer the call. Medicaid will literally be the reason I can speak out during the vigil. I’m living proof that Medicaid saves lives."

"The Senate’s proposal fails to address rising health care costs while contributing a far greater, immeasurable cost in lives lost from lack of access to health care," said Sorenson. "We need to send a strong message to the Senate: not only is the Better Reconciliation Act deeply flawed policy that fails to address current challenges to our health care system, it is cruel and immoral. We deserve far better than the Better Reconciliation Act."

"Life, liberty and the pursuit of happiness were promised to us all," said Carson Wilson. "As a follower of Jesus, I’m called to comfort the afflicted. What would Jesus do? He would champion healthcare for all."