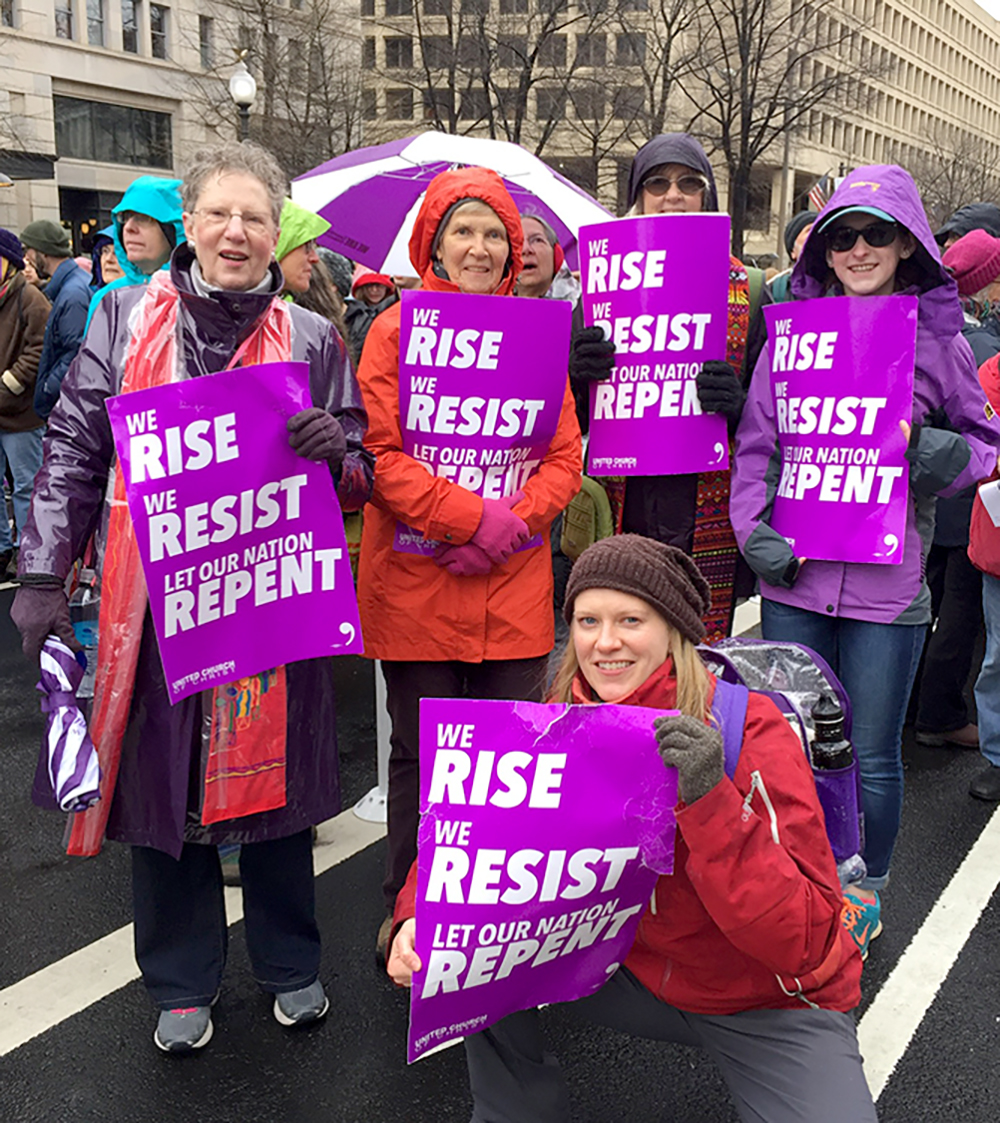 Braving cold winds, rain and hail, the Rev. Rebecca Voelkel was among more than 100 members of the United Church of Christ marching March 10 in the nation's capital, showing solidarity with native brothers and sisters from around the country opposing the Dakota Access Pipeline (DAPL). Voelkel, an ally from Minnesota, has been to the Standing Rock Sioux camp in North Dakota three times to speak out against the ongoing construction of the oil pipeline, calling it "some of the most sacred resistance I've ever been a part of."

"And the struggle continues, so I am here because the struggle isn't over," said Voelkel, director of the Center for Sustainable Justice at Lyndale UCC in Minneapolis. "And we have to keep showing up in repentance and resistance."

About 200 people from the Standing Rock Sioux Tribe, and thousands of their supporters, marched in Washington, D.C., in an effort to take the momentum of the Standing Rock public demonstrations to Lafayette Square, just north of the White House.

With many wearing the Lenten color of purple, the UCC contingent was the largest faith presence at the march, with people from 26 different states — with some coming from as far away as Washington and California.

Despite a months-long battle to keep the Dakota Access Pipeline — a 1,172-mile project from North Dakota to Illinois — from running near the Standing Rock reservation, oil is set to flow through it as early as next week. The march took place days after a federal judge declined to stop construction of the final section of the pipeline, near a reservoir of the Missouri River. The tribe contends DAPL threatens their drinking water, crosses sacred lands and was approved by the government without adequate consultation. 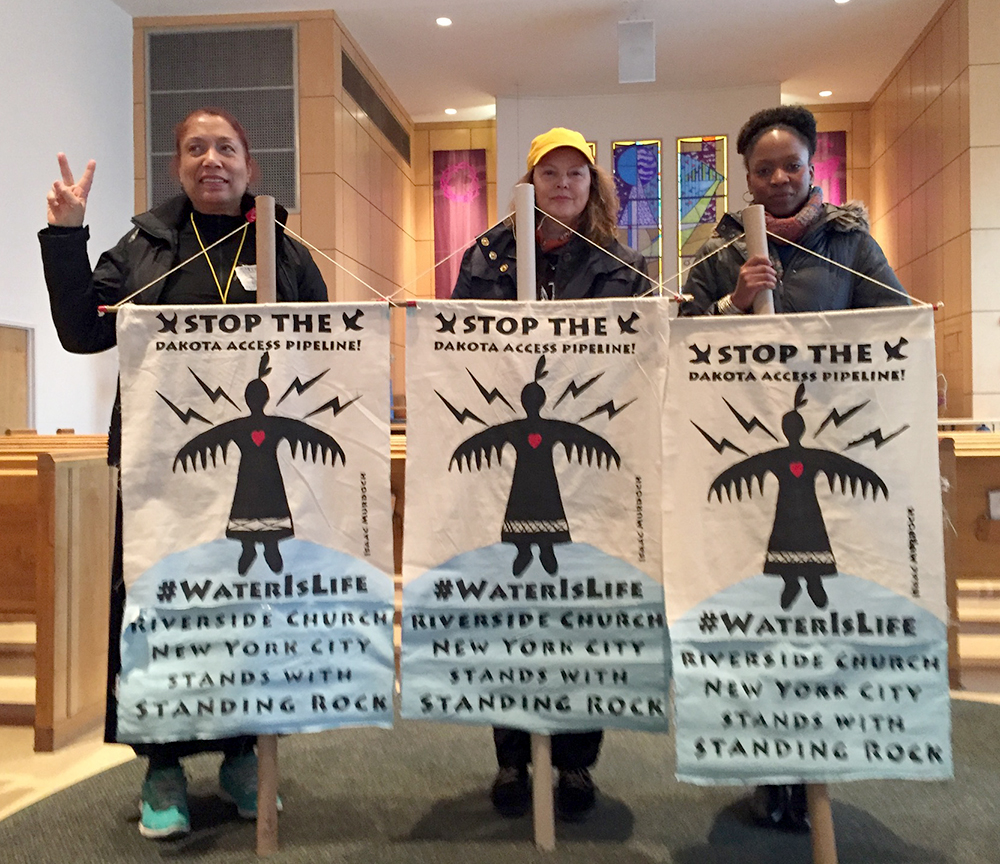 Like many others across the church, Voelkel sees that as a serious injustice against native people.

"I come from people who were cleared off of land are were forbidden from practicing their cultural identity," Voelkel said of her Scottish ancestry. "I find it deeply painful that my ancestors came to this country then, and turned around — in the name of religion — and perpetrated genocide and clearer of land and cultural destruction."

"In our state, the church was a major part of trying to strip Native America brothers and sisters of their culture, their language, their culture and their land," Rankin said. "The church has a responsibility to stand up and say, 'No more.'"

The Rev. Alex Vishio, assistant minister for social justice and witness for the Central Atlantic Conference, believes that "the history of oppression [of native people] has continued to this day and we've see that manifested egregiously in the Dakota regions, but also elsewhere in the country," he said. "In this nation's capital, the football team uses a racial slur as its nickname."

"We cannot live into our full humanity until each of us fully enjoys freedom, wellbeing and the rights and dignity of our humanity," he said. "That is clearly not the case with our brothers and sisters. So long as they are not free, none of us is free."